Not the greatest picture but...: 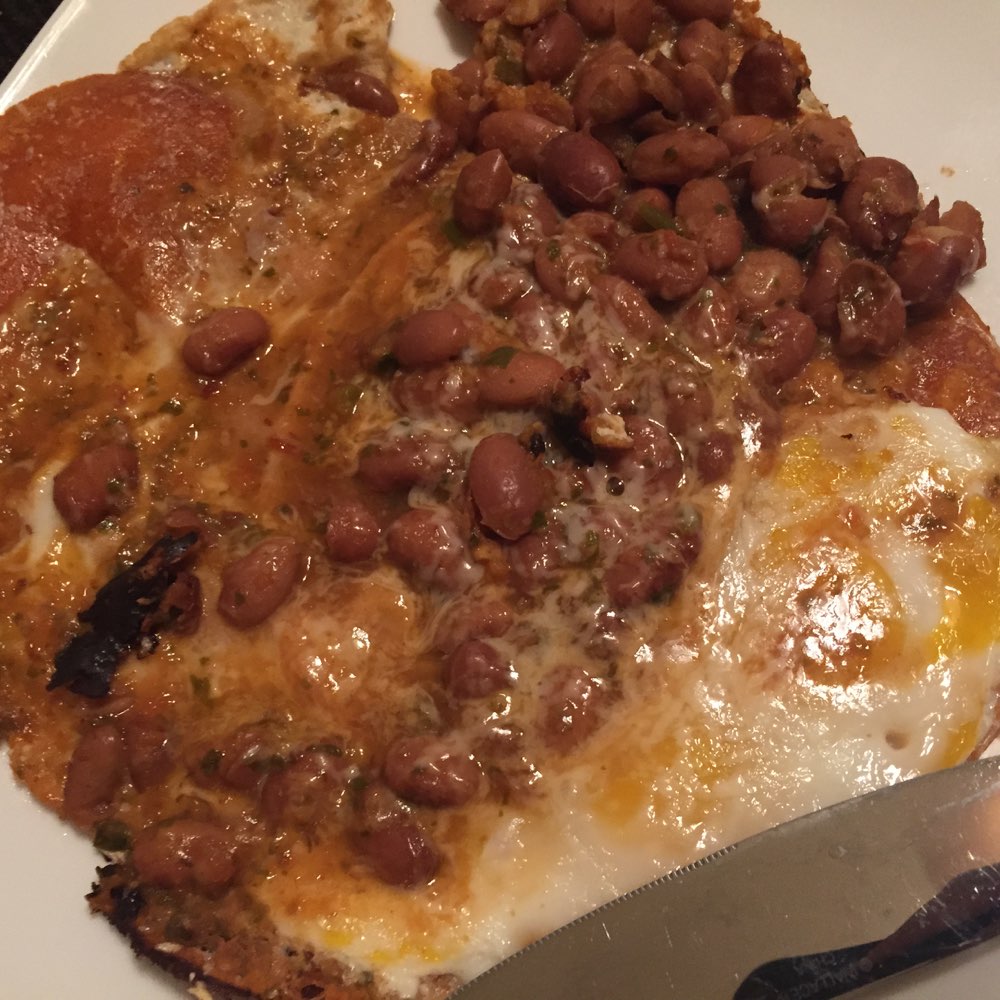 This was kind of a thrown together meal, except that it involved some pretty time intensive things that Meredith had made over the prior weekend.

The beans/eggs thing was a very quick version of Huevos Motulenos except that we used Borracho Beans that Meredith made earlier in the week. The borracho beans were from Homesick Texan variation on Jalapeno beans. Meredith thought they were pretty good but the beans needed salt. Conventional wisdom is to not salt them before cooking since it will turn the skin hard, but she has been reading up on alternative methods. More on that when she does them.

The kale salad (not yet pictured but will be soon) was from The Kitchn [local]. She basically followed the recipe except:

I thought it was pretty good. Meredith was getting tired of it since she had it for so many meals, but it was still tasty. And a good lunch since it has the quinoa.

Kale & Quinoa Salad with Dates, Almonds & Citrus Dressing (from The Kitchn)
Local Copy (U: "guest" P: name of my dog, all lower case)