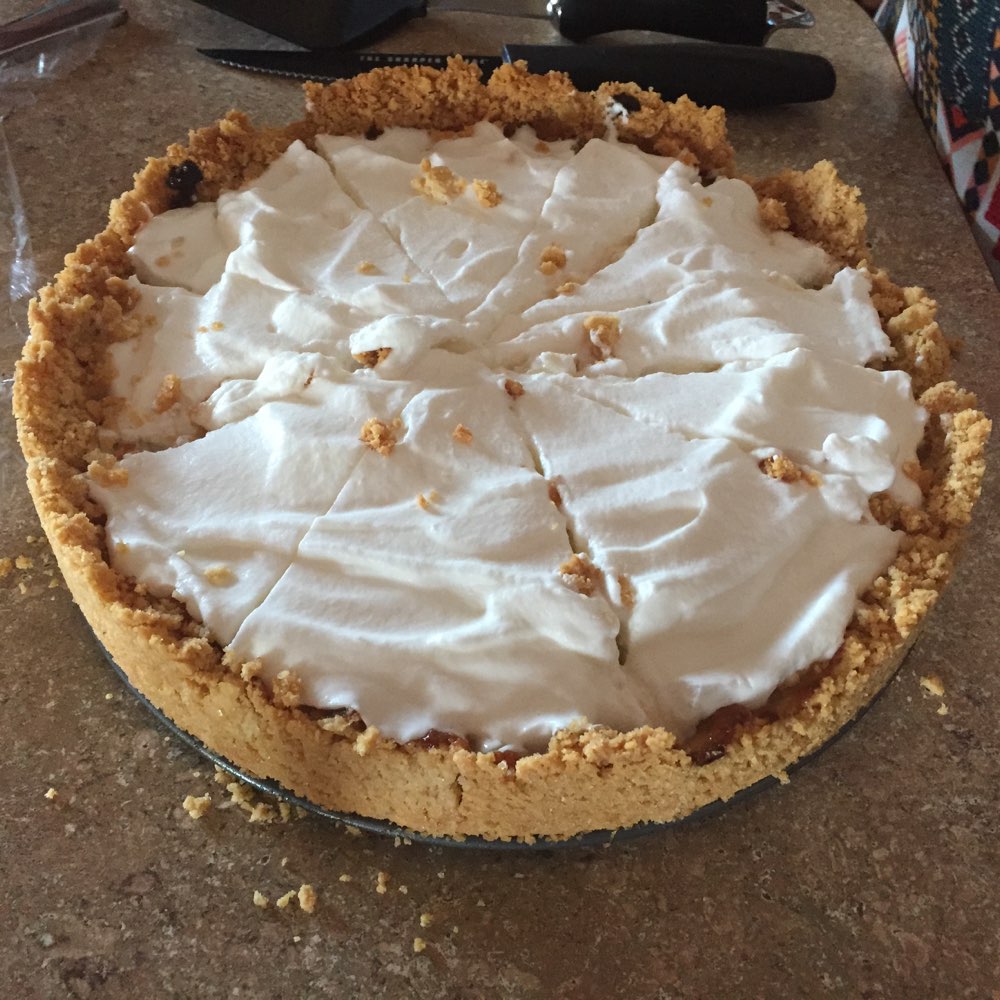 We made Atlantic Beach Pie (local) for a BBQ where we said we'd bring dessert.

Meredith had been wanting to try it since she was intrigued by the crust.

We ended up adding about 3 Tbsp butter since it wasn't coming together (may be because we did the crumbing by hand so it was bigger). Also, while we did buy disposable 8-3/4" pie pans, they were falling apart with the pressure trying to shape the crust. So we moved to a 9" spring-form pan (with the intention of not opening it when serving but it ended up being fine. In general. this made less filling than expected so there was a different shape than I had planned when you look at the final pictures.

The recipe says you can use lemon or lime. We did 4 limes and 1 lemon to make the volume.

The pie was pretty good. Others at the BBQ were surprised that it was saltines but were equally intrigued as we were. And it was pretty good. Somewhat reminiscent of a key lime pie, a lemon meringue pie, and lime bars (a la lemon bars). Also, it was so easy! The crust was really the hardest part. The rest just came together quickly and simply. We'd do this again! 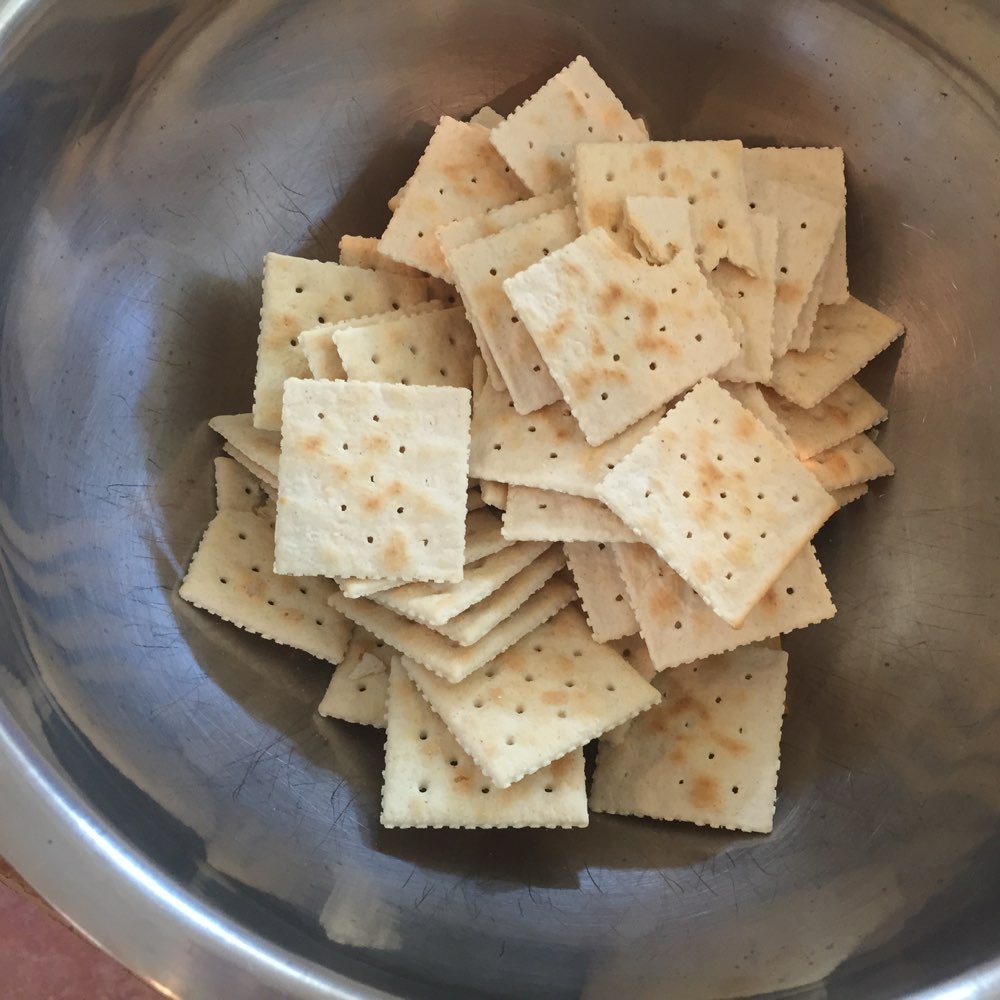 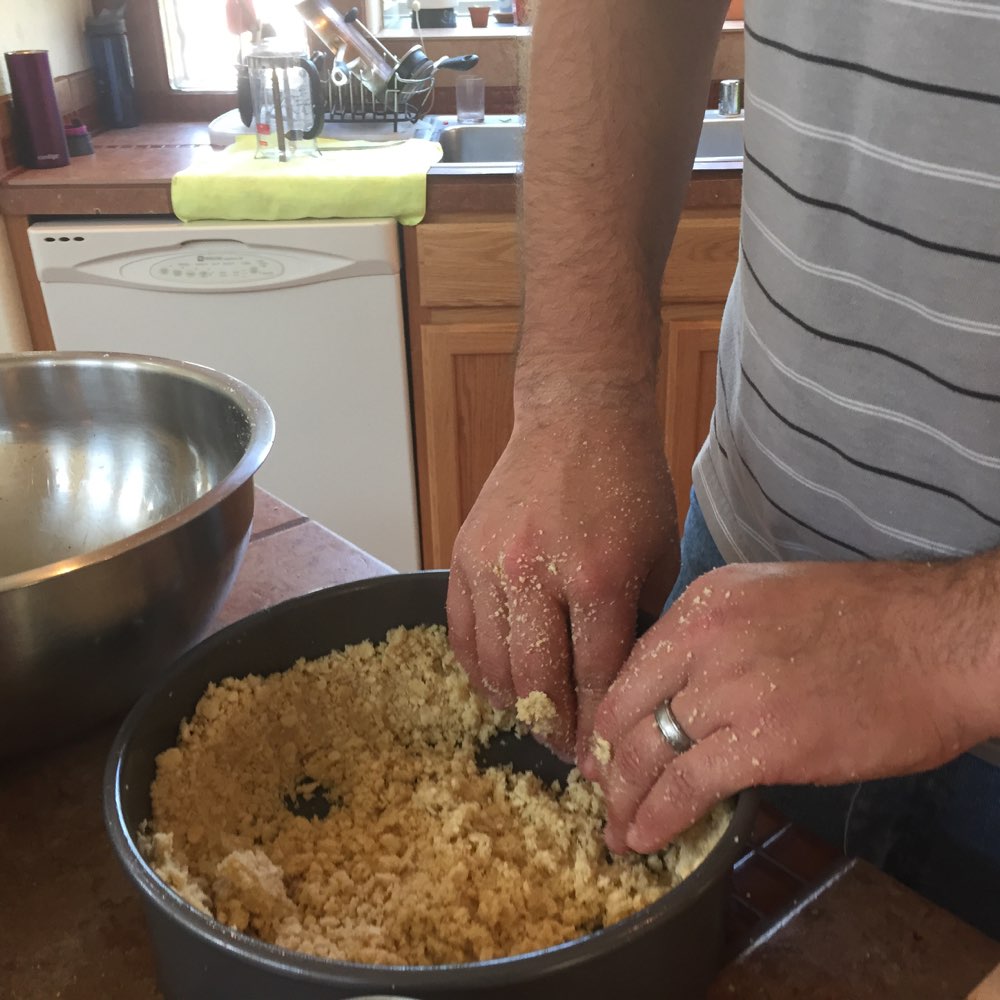 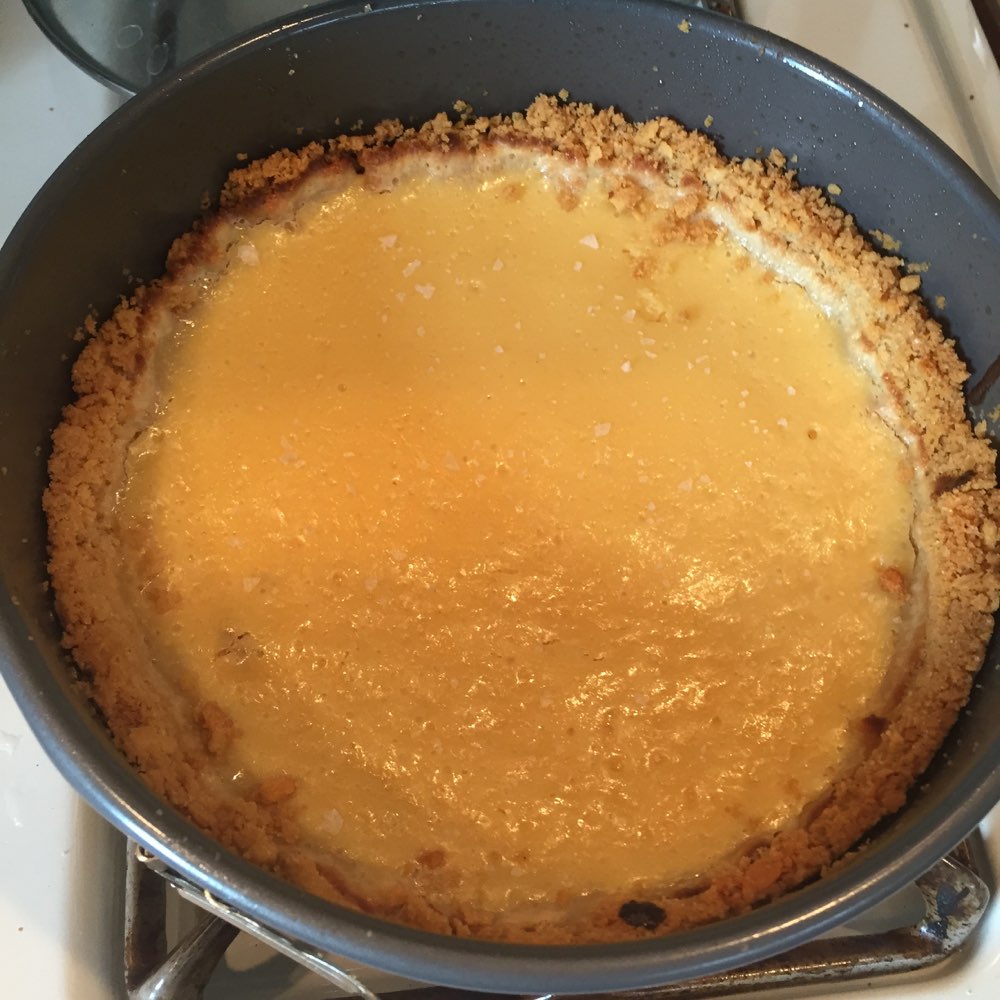