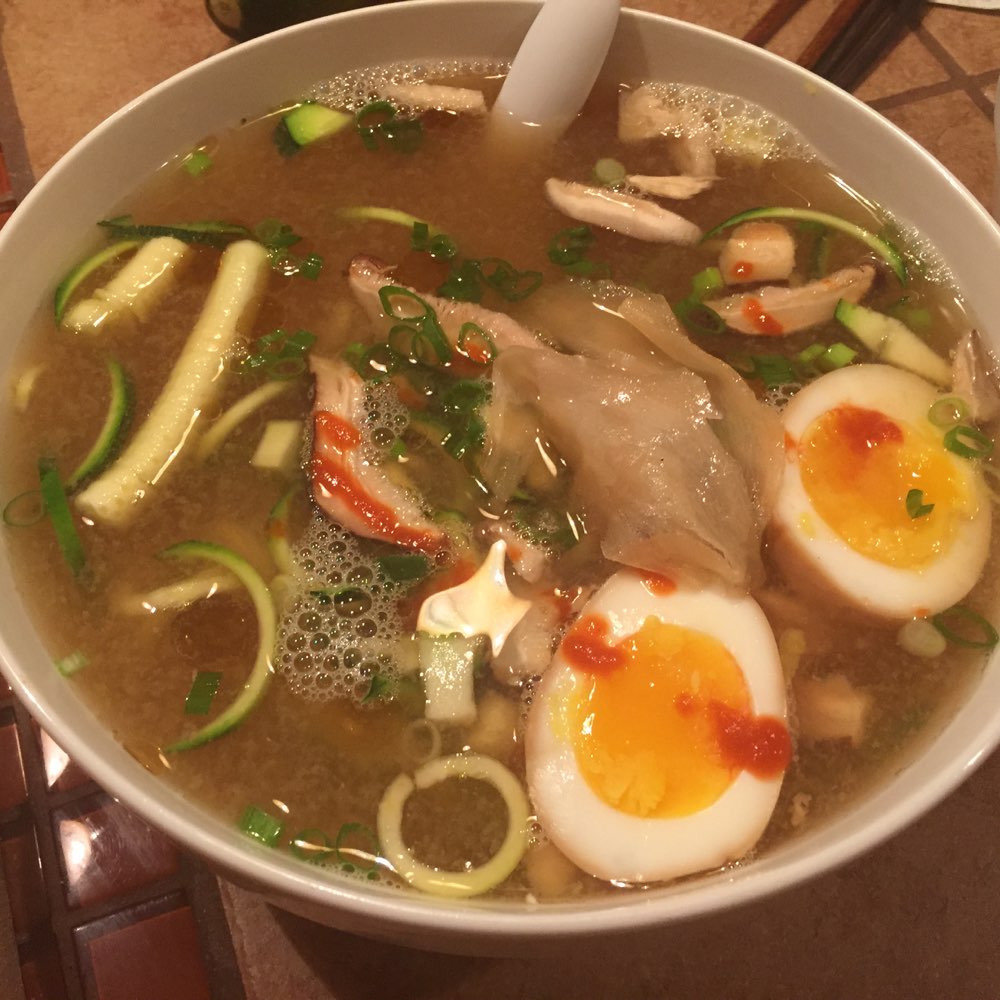 Meredith and I made quick ramen like last time. Again, we basically just winged it with some chicken broth, miso (mixed into a small thing of warm broth then added), soy sauce, plus some tahini. We also topped it with green onions and some toasted sesame oil.

The real change this time was that we used zucchini noodles (raw). They were fine. Certainly nowhere near as good as real ramen noodles but much healthier!

Sadly, the broth this time was really just not as good. I do not know what was different this time. It wasn't bad per se, but certainly lacked the flavor and mouthfeel. Also, I we do not know if it was the green onion or the sesame oil (or all the veggies) but it reminded us more of wontons soup than ramen.

While the soup wasn't as good, the eggs were more of a mixed bag. Texture wise, they were almost dead on. I am still figuring out the times for Albuquerque (~6000 ft in elevation) but 9 minutes steaming then into cold(ish) water did the trick. They were a nice texture and held together.

Rather than go with the Serious Eats ramen egg suggestions, I just did 2 Tbsp mirin, 2 Tbsp (low sodium) soy, and 1 Tbsp sugar.

You can see the marinating below. They were fine with this but could have used much more time marinating. 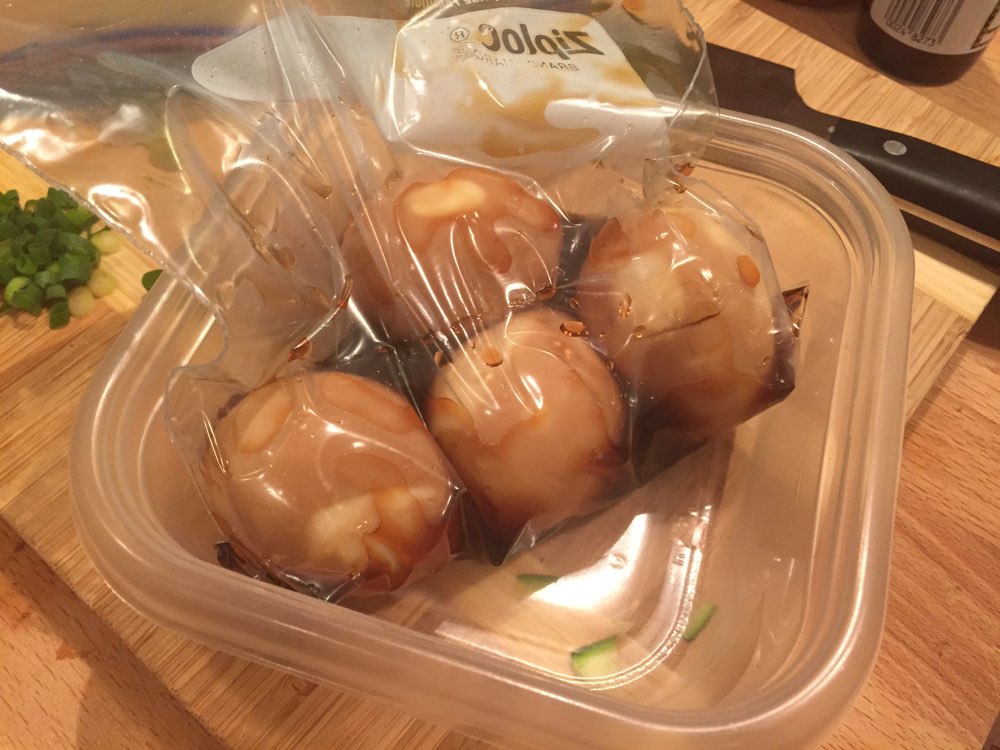 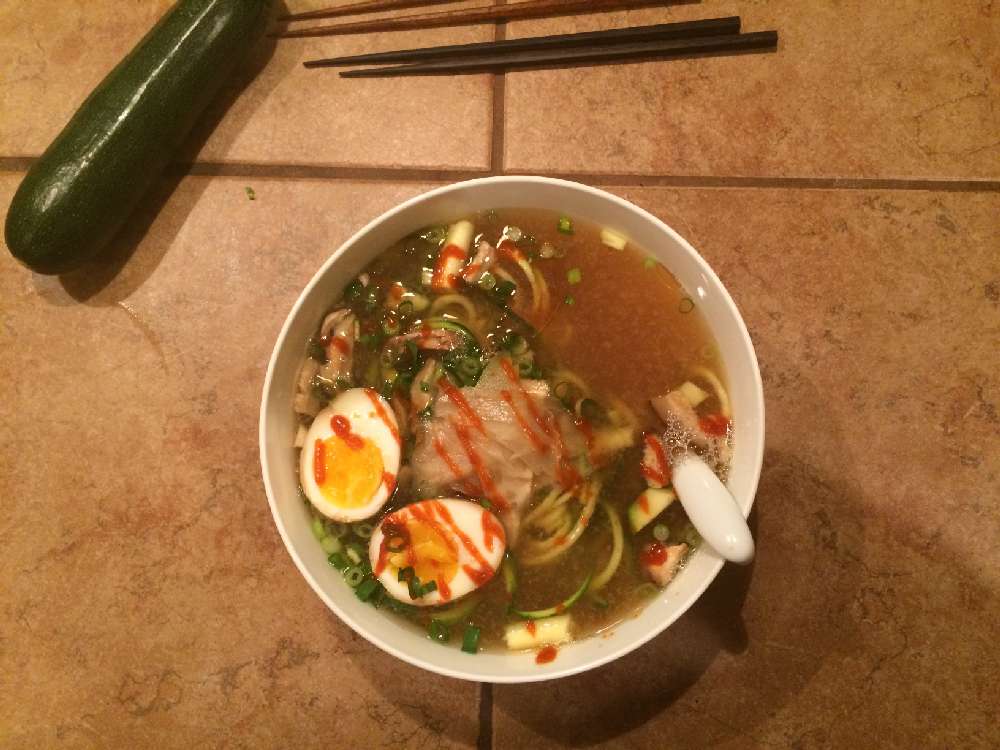