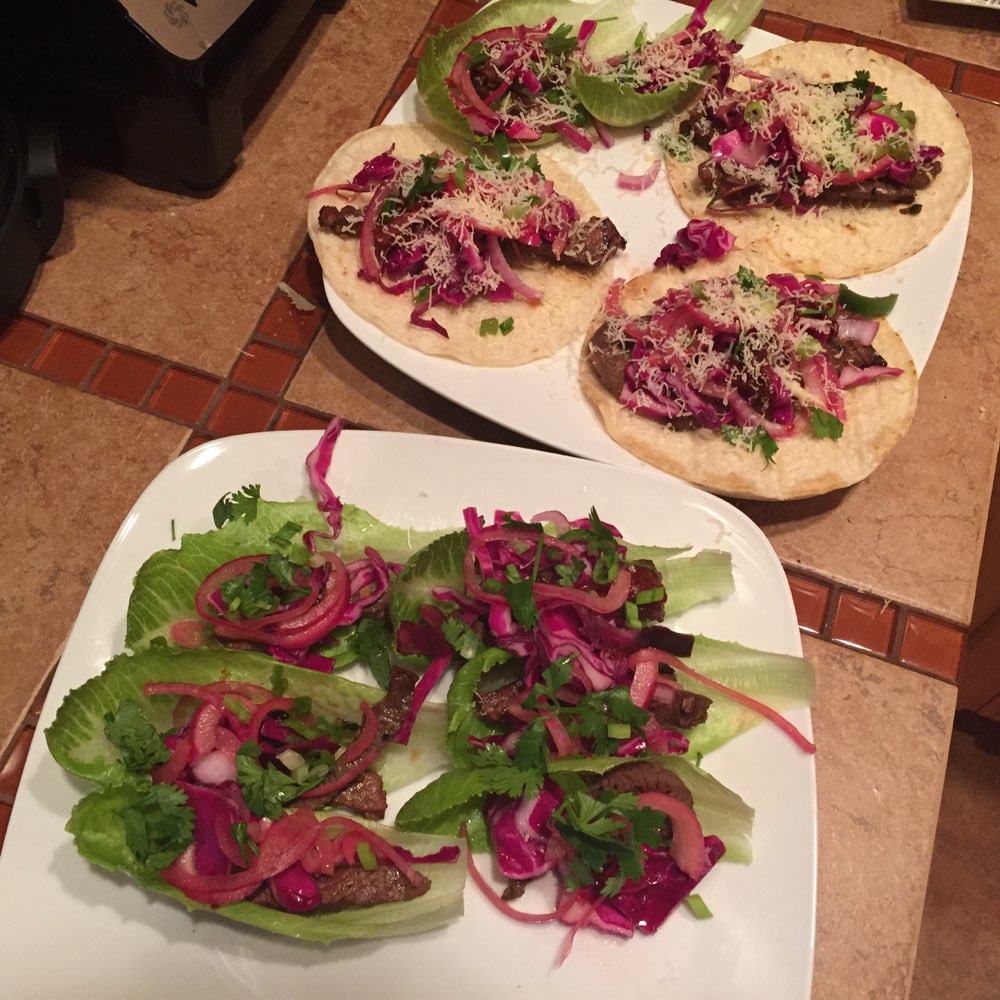 Meredith and I made korean beef tacos. We used this beef bulgogi recipe as the marinade. We actually made the marinade Sunday night but didn't add the beef until yesterday. We followed the recipe pretty closely except used less beef (0.675lbs -- see photos below) but the same amount of marinade. Anyway, we marinated it overnight and then cooked it on the grill pan (warmed up at 7-8/10). The grill pan was good since the marinade dripped down but it was still hard since I couldn't see the meat well. Actually, next time, I think I would cook a whole piece of meat, let it rest, then cut it.

Anyway, on my plate, I also quickly heated 3 corn tortillas (50 cal each) and had some lettuce. Meredith just had it on lettuce.

The rest of the toppings were:

Overall, it was pretty good. And rather low in points -- especially the ones served only on the lettuce, though the corn tortillas weren't too many points.

We will make this again!

Some of this I said above but in the future I would: 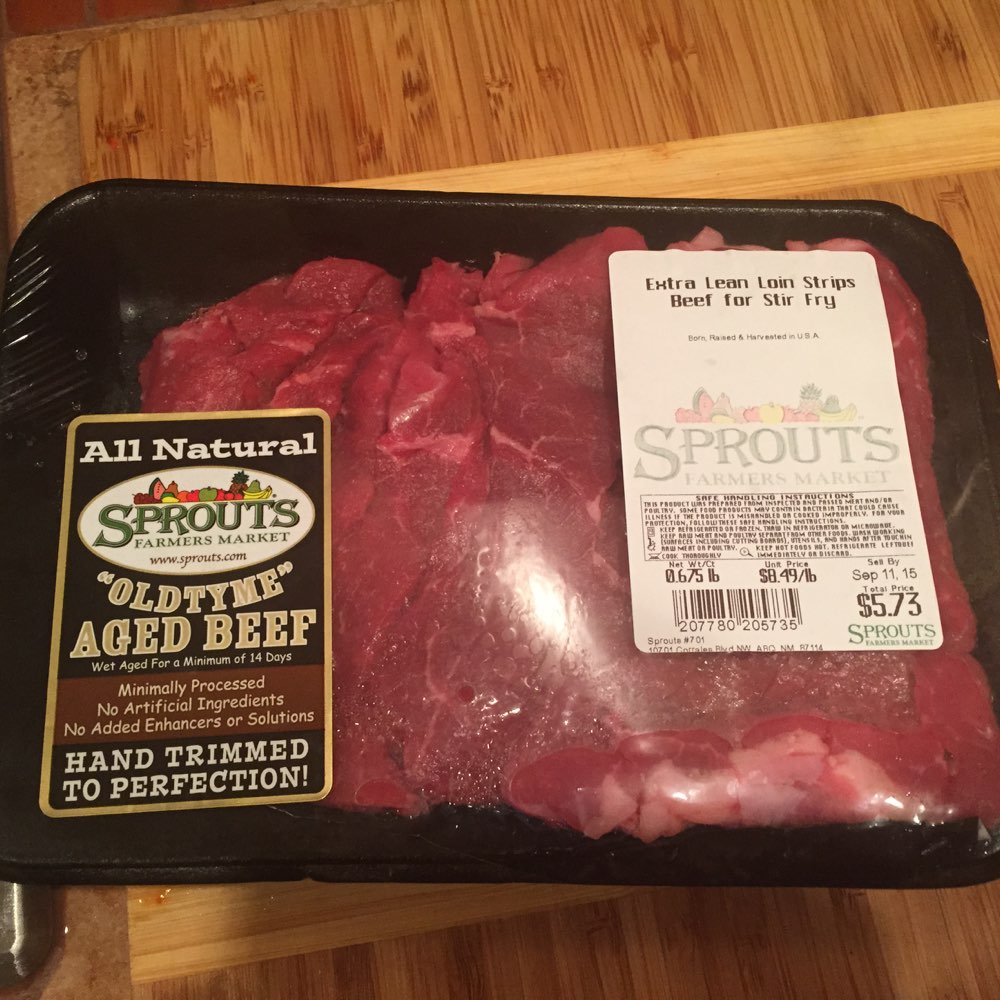 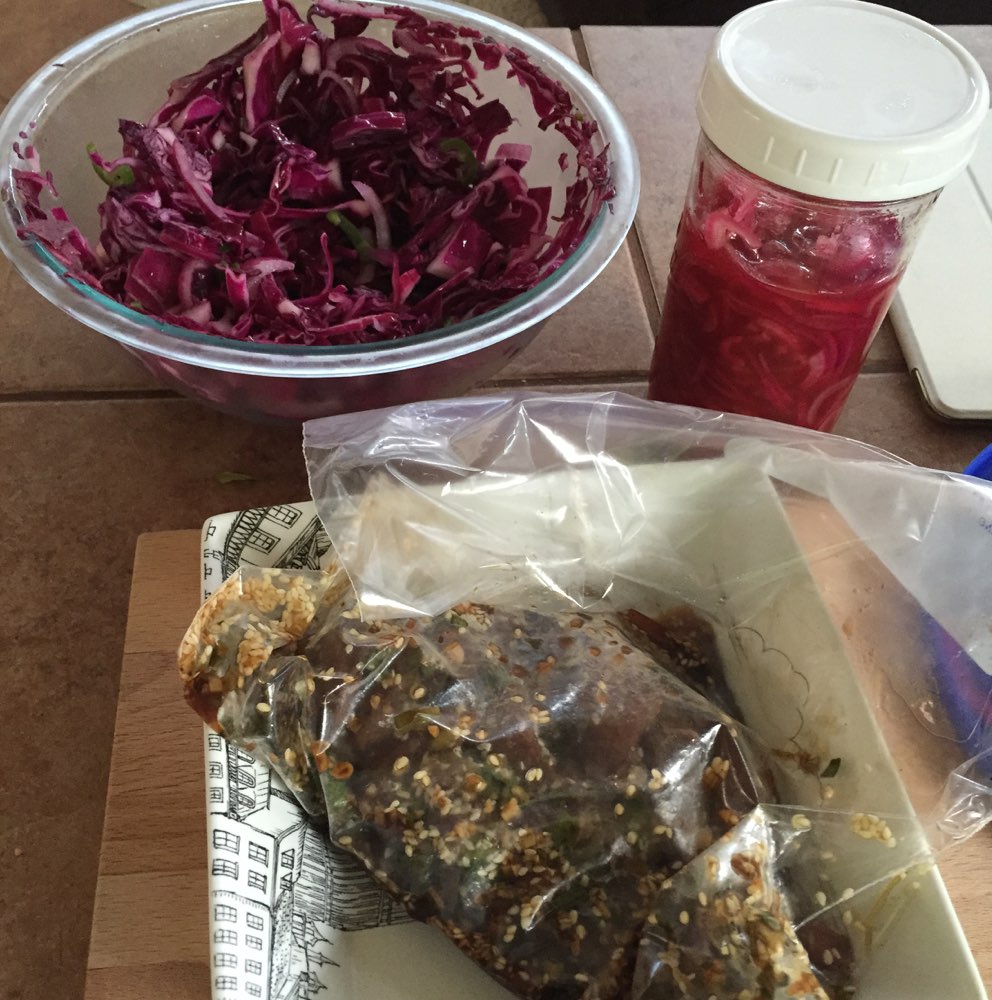 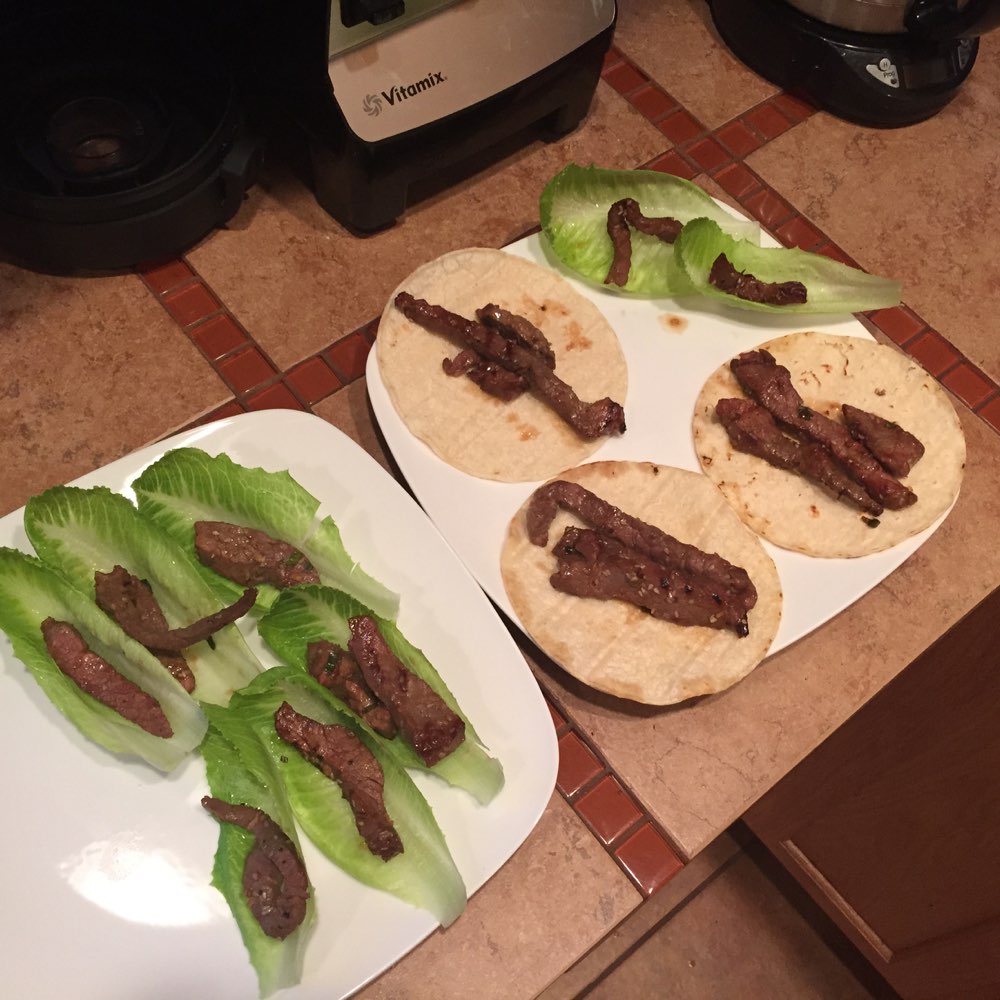