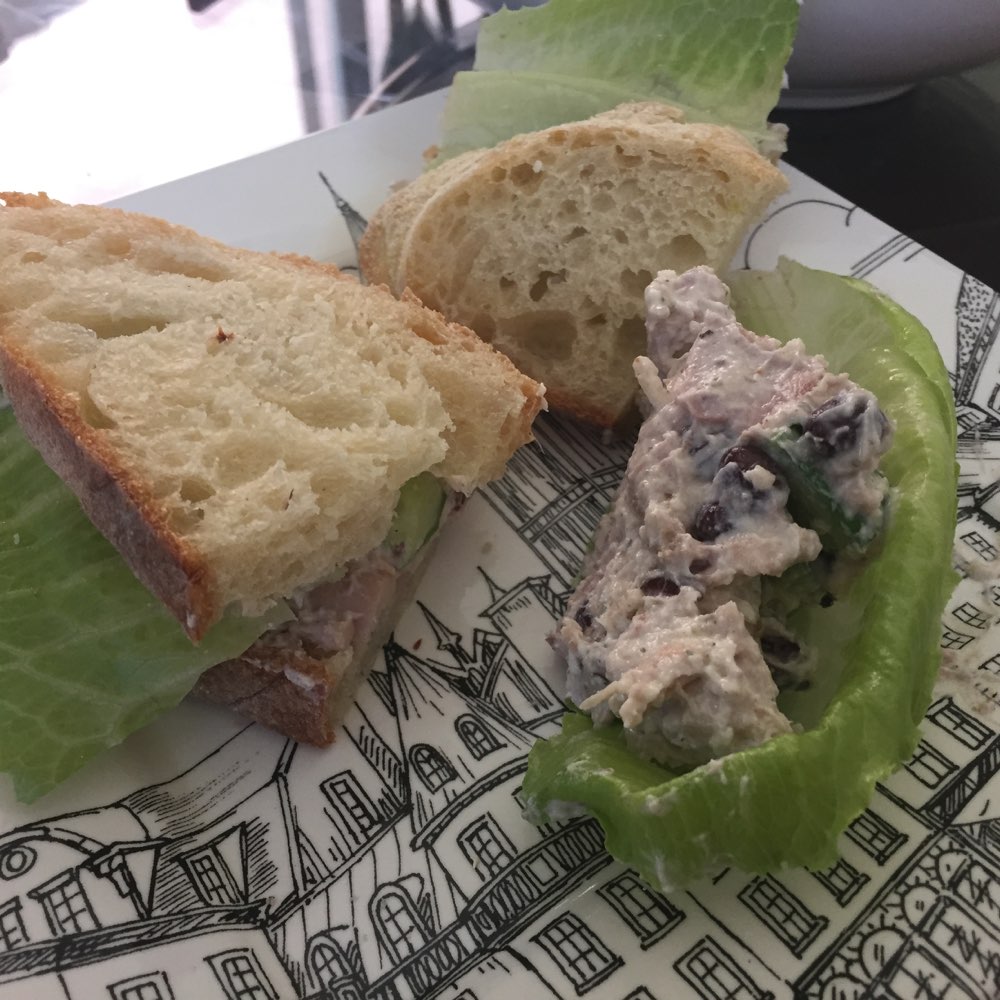 I made chicken salad using some rotisserie dark meat (hence the "ish" of "Lite(ish)"). I made the salad with non-fat Greek Yogurt instead of mayo (hence the "lite").

I put a whole bunch of things in there, all to taste. They are:

Again, it was all to taste but pretty good. I think using greek yogurt was fine and the rest of the flavors were a nice addition. We served it on some bread and also in lettuce cups.