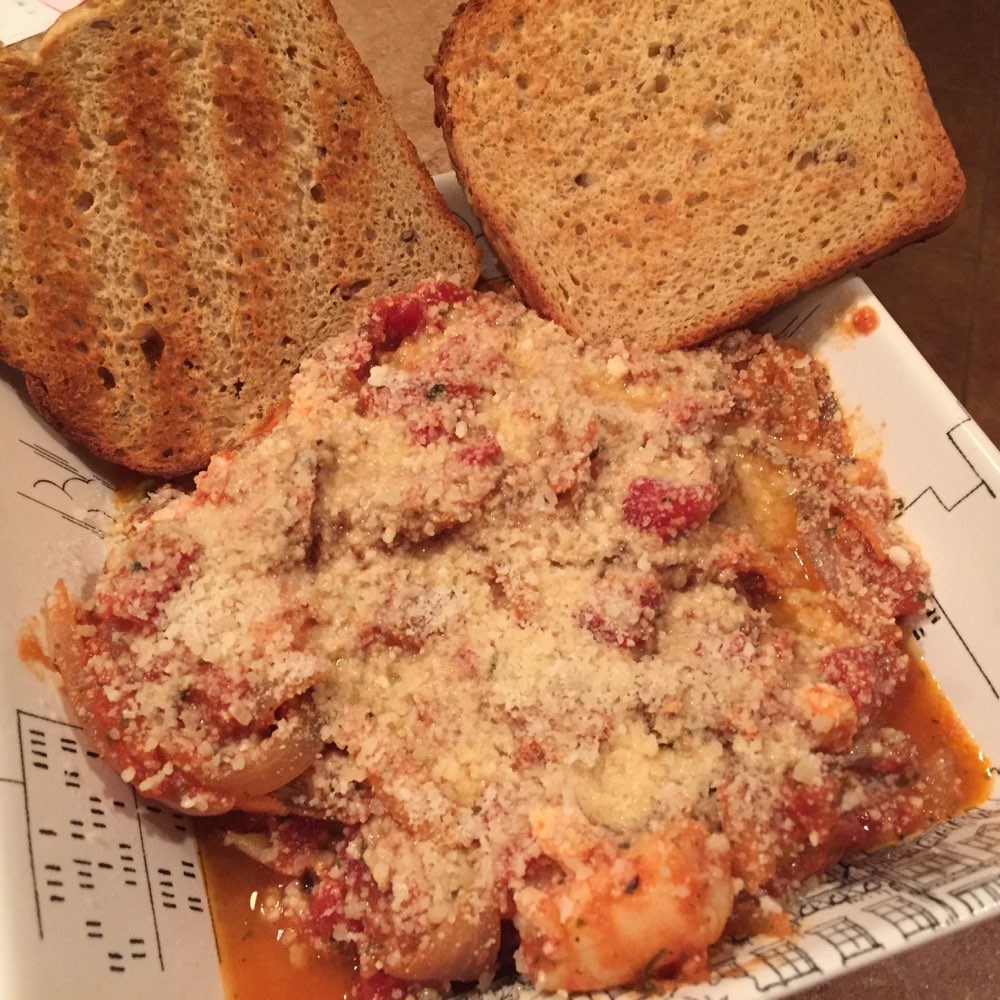 We made shrimp saganaki from this Serious Eats recipe (local). We basically halved the recipe except for the onion and garlic (and maybe crushed red pepepr) where we did the whole thing. We also used lite feta and much less than it calls for (and skipped using it for garnish). I think we probably used less than half of what the recipe calls for (even after halving it). I topped mine with parmesan cheese (probably too much) since we didn't have more feta

Basically, the meal is shrimp poached in tomato sauce with feta. It was actually pretty good. The feta gave the sauce a nice creaminess. And I cut the onion french-cut so they had a nice texture you could easily eat.

It was also pretty quick and easy. We will do this again!