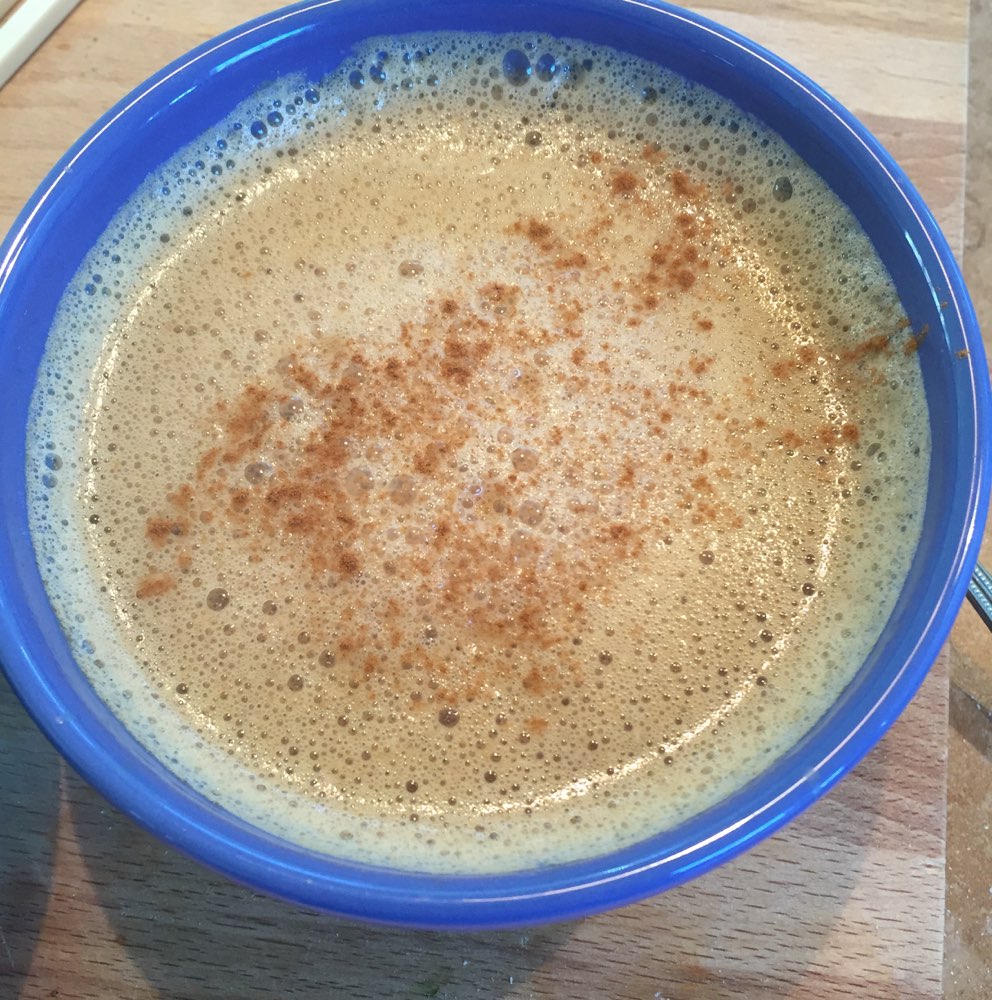 I could have sworn I've posted this before but I can't find it.

Meredith has been making these pumpkin spice lattes from The Kitchn Recipe (local) for some time. She basically follows the recipe (including the all-important black pepper) and then uses a small milk frother. She adds the milk directly to the pumpkin mix, lets it dissolve, and then froths it.

She has tried doing it all in the Vitamix including heating the milk but it wasn't as good. We think the caramelization of the sugar makes a difference.

Pumpkin Spice Lattes (from The Kitchn)
Local Copy (U: "guest" P: name of my dog. All lower case)