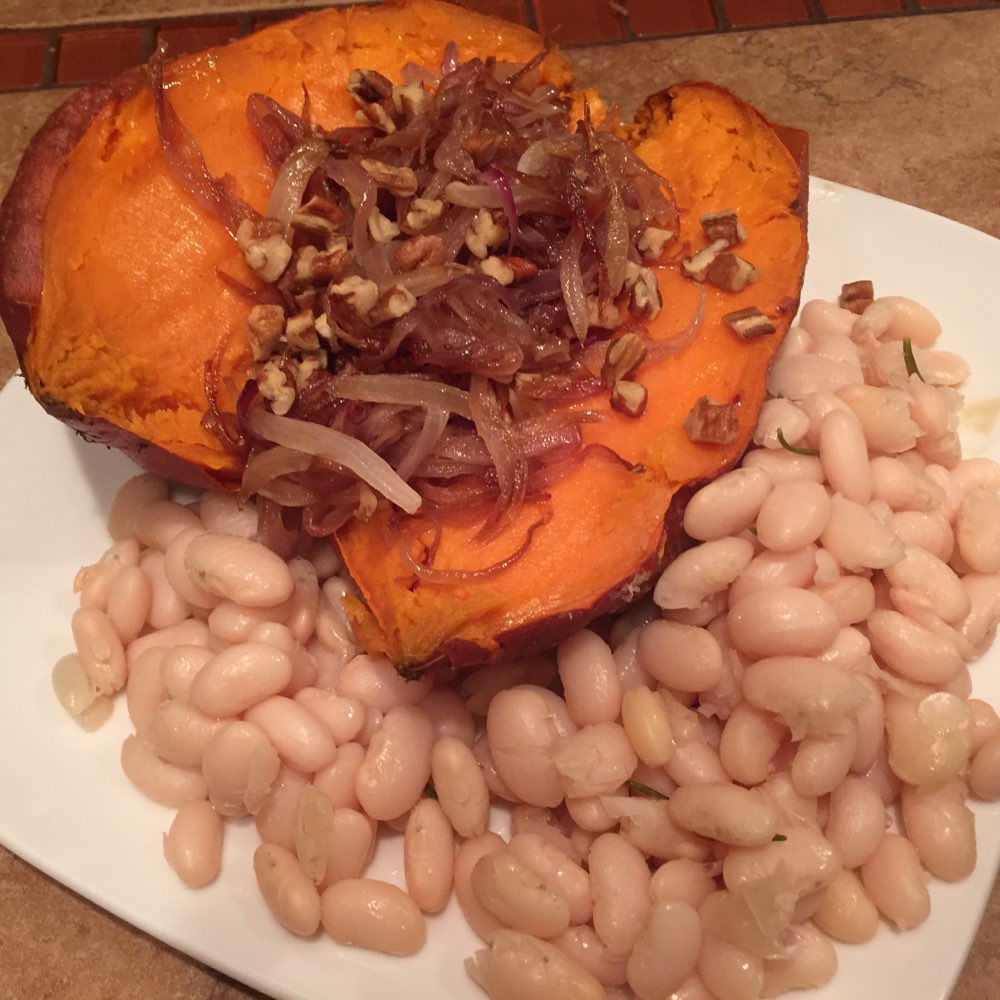 Meredith did nearly all of the work for this meal. She made the beans from this Bon Appetit recipe (local). The only real change was that she brined them and used rosemary instead of sage. The conventional wisdom used to be that you shouldn't salt/brine them but as this Kitchn (and referenced Cook's Illustrated book The Science of Good Cooking) note, brining can be a good way to go.

The rosemary gave them an interesting and strong flavor but it was pleasant and I liked it a lot. We did have to cook them longer but that is likely the altitude (water boils at 203°F).

As the title says, we also had them with roasted sweet potatoes and caramelized onions. Not too much to that. We pierced the potatoes with a fork and roasted them at 375°F for 45-60 minutes. We did the onions (mostly french-cut red) on a very low heat. We served it with a little bit of butter melted in.

I thought it was really good. Especially when I basically stuffed the potatoes with the beans. It was also an easy meal, but very slow. Something we could prep in the future next time. And I think Meredith was happy with brining the beans.

Cannellini Beans With Garlic And Sage (from Bon Appetit)
Local Copy -- (U: "guest" P: name of my dog, all lower case)