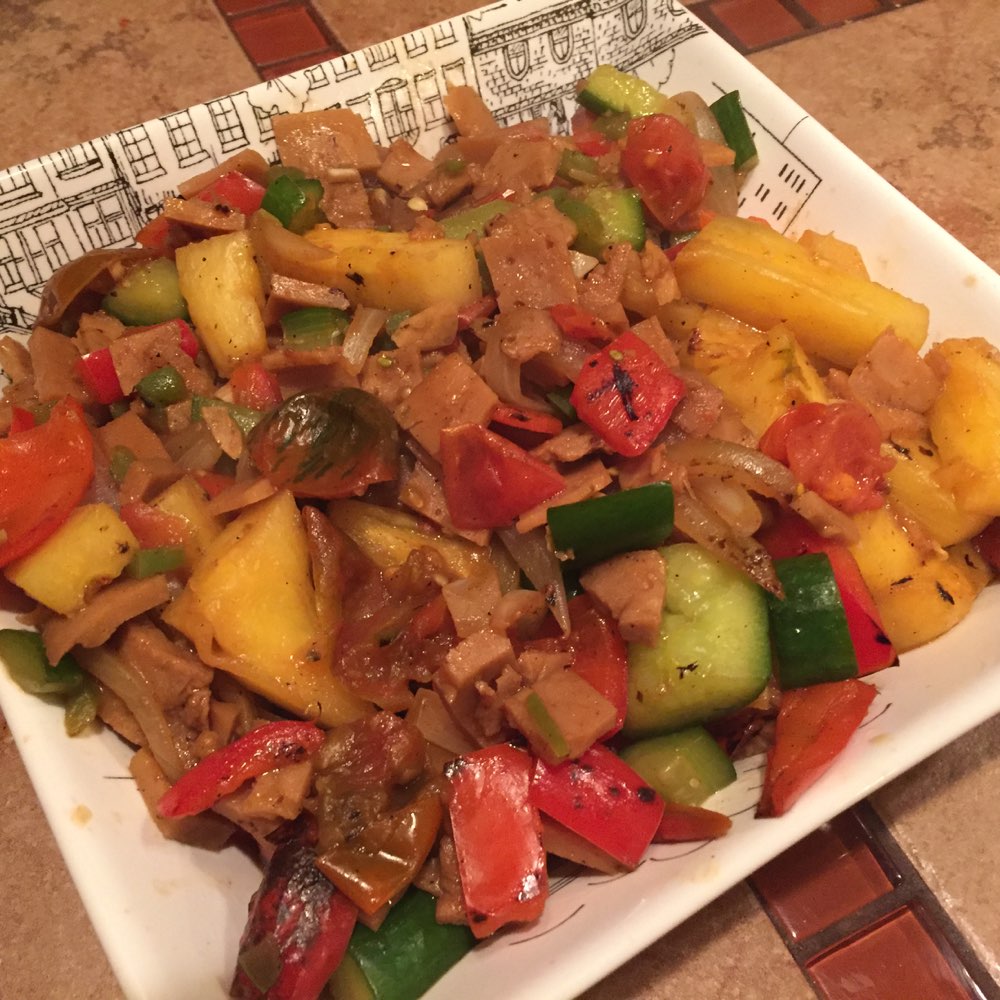 I made sweet and sour seitan from the same recipe as last time. I did have to make some changes. The recipe is not in a great order. I basically just divided it up into three things:

Basically the same changes as last time including the jalapeños, except I think I went overboard on the pineapple (probably around 3/4 of one) and the onion (around 1 cup or 4x). There was basically too much solids for the liquids and it wasn't as flavorful.

If I make it again, I will try to go lighter on the bulk. And probably turn it into its own recipe page....