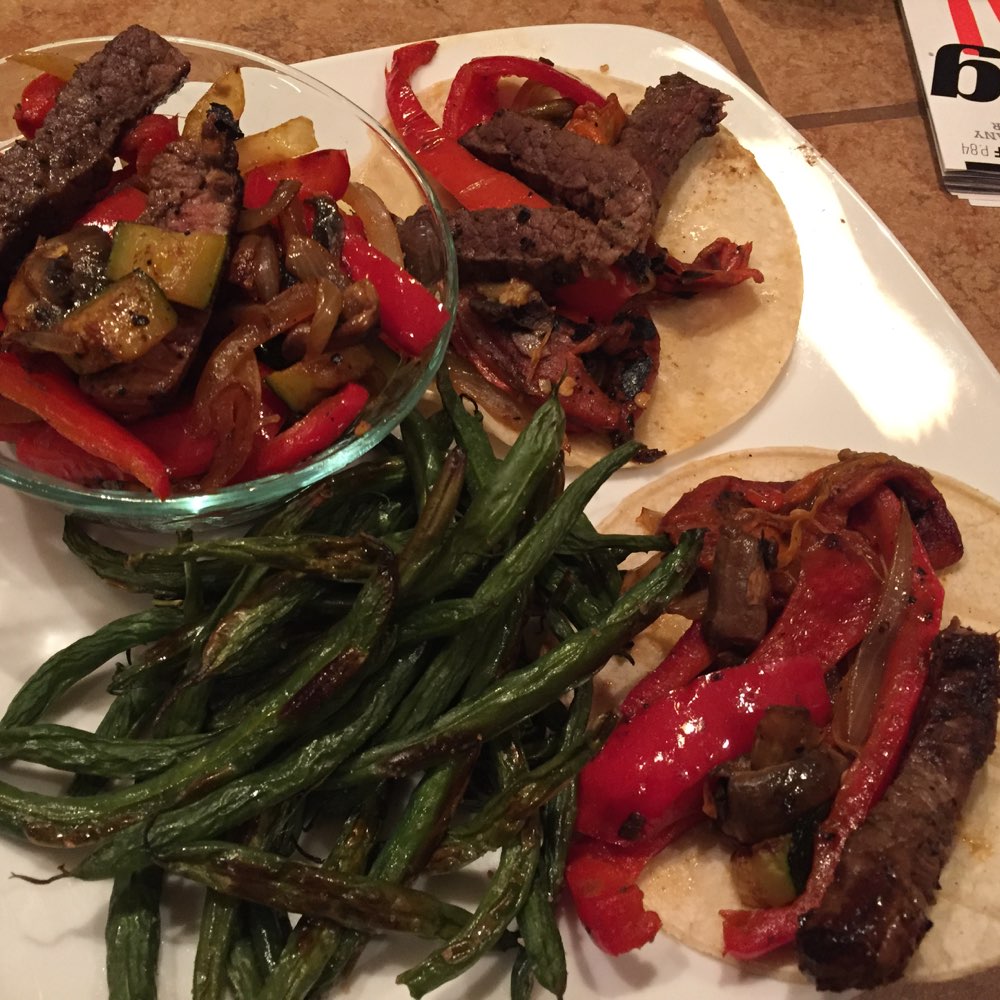 I made fajita tacos since we wanted something (relatively) quick and not too many calories.

I made the fajita mix with:

I combined everything but the hatch peppers in the cast iron with some oil and cooked them. At a certain point, I added about 1/2 Tbsp of butter. As it was closer to being finished, I peeled the hatch chiles and added them.

We also had about 1/2 lbs of bottom round, grass-fed steak. As you can see in the photos below, I cooked the whole thing on the pan. I really struggled with the steak. First, the pan was way too hot and the oil just burned. Then, despite thinking I had overcooked it, as you can see in the photos, it was super, super rare. I had to cook it a little but more. The net result was an acceptably done but very tough steak. I used McCormick Grill Mates Montreal Chicken Seasoning on the steak.

I served them on two pan-heated corn tortillas (50cal each) with extra filling in a bowl.

Finally, for me, I also roasted green beans. I did them at 450°F in the convection toaster oven. When they were finished, I was distracted and they sat in the oven (off but still warm) for a little while. I do not know if it was due to not adjusting the heat for the convection or if it was the extra time, but they were overcooked. And I forgot to season them going in so the seasoning didn't stick well and they lacked flavor. Not my best showing..... 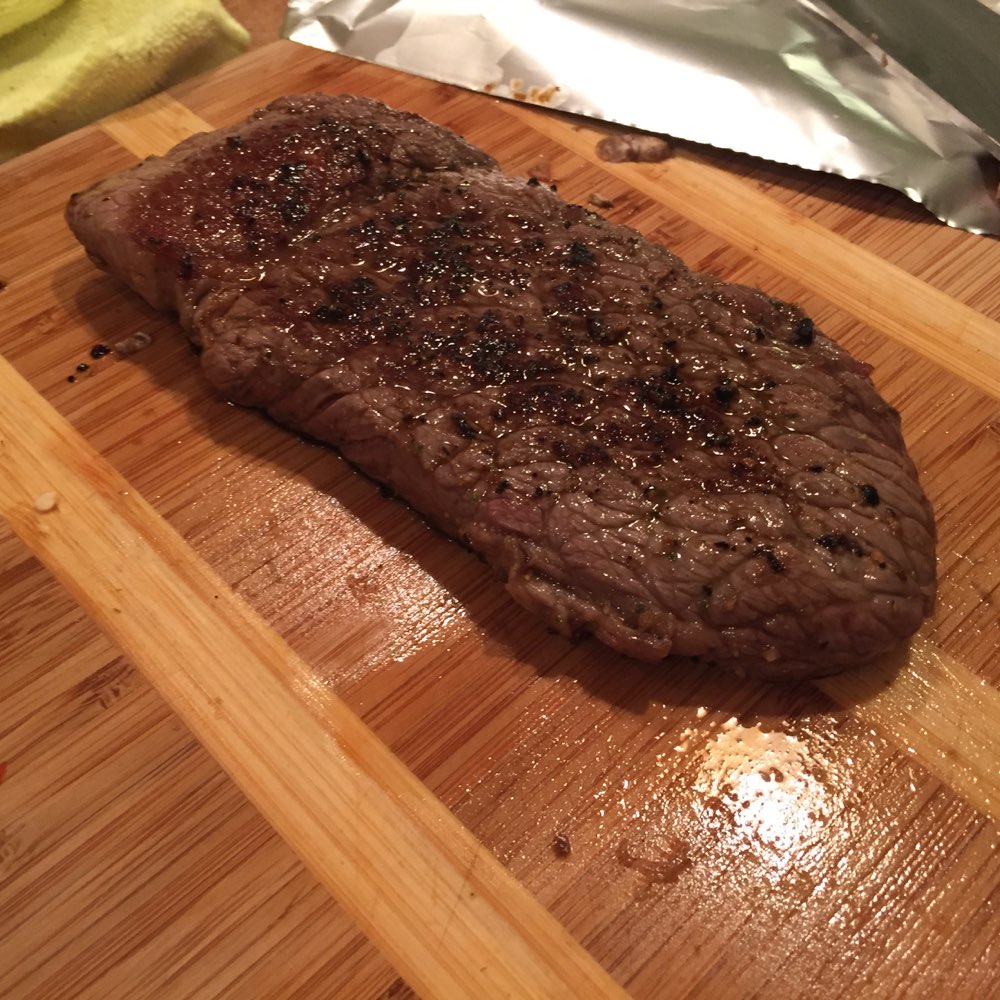 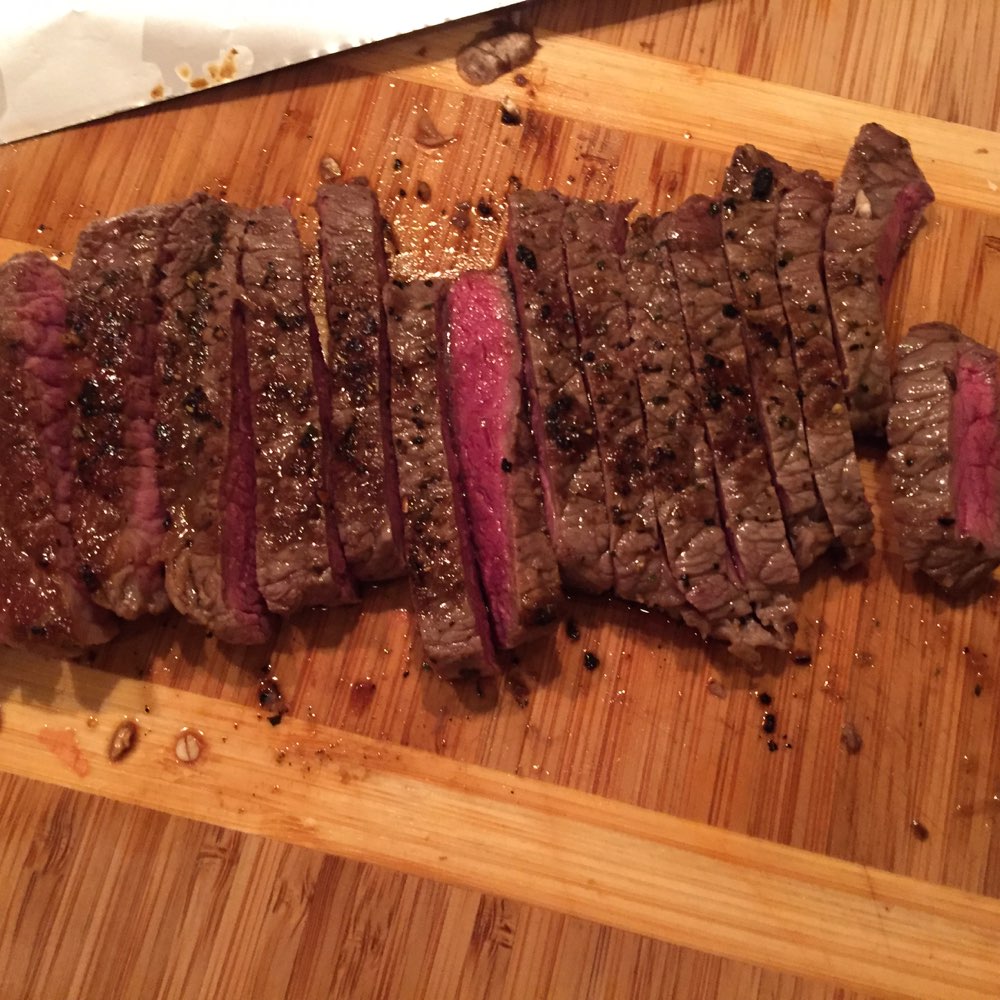