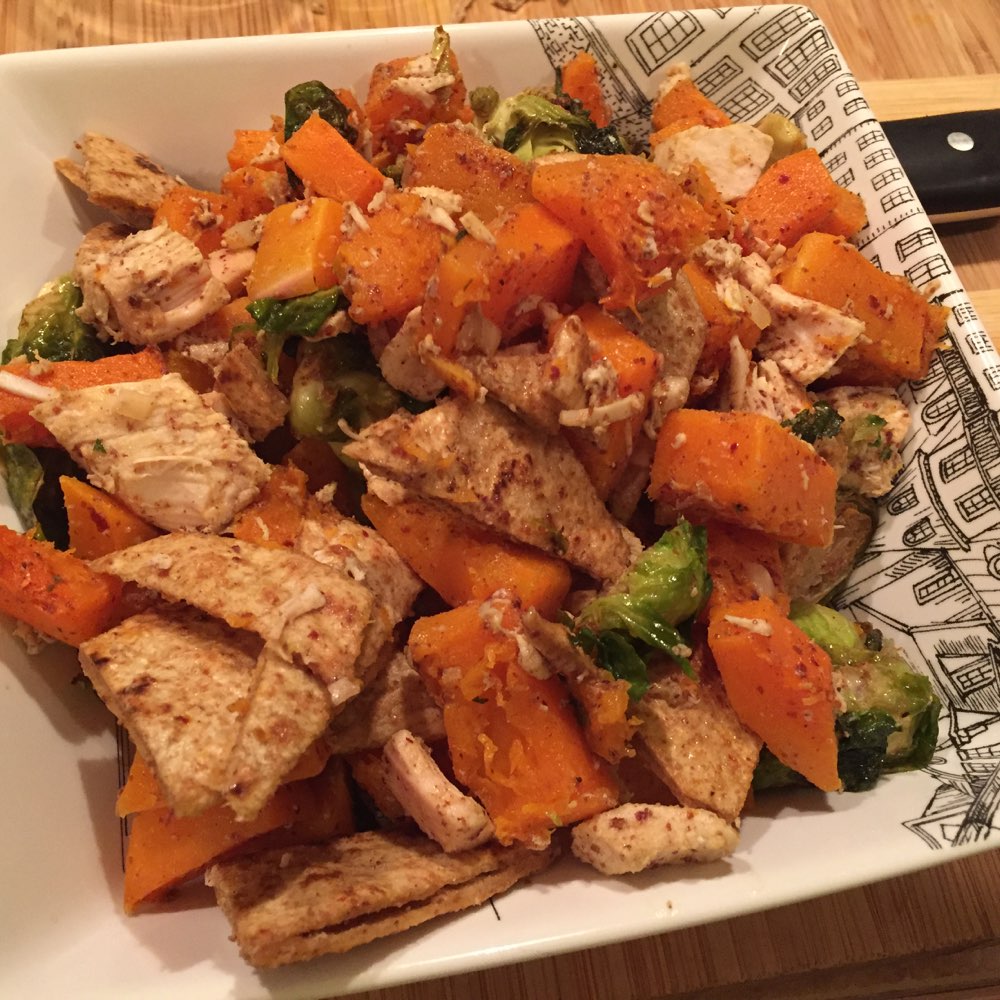 I made Fall-Toush with the same recipe. I basically followed the recipe except I used butternut squash instead of delicata. And I used half the oil in the dressing. I also put chunks of chopped rotisserie chicken in for protein. Other than, it was pretty much the same.

I liked it a good but. Lots of food for not too many calories. I did think it was a bit lemony this time. But I also didn't closely adhere to the recipe. I kind of winged it on times and just add seasonings.

But, once it was cut and in the oven, the recipe was pretty hands-off.