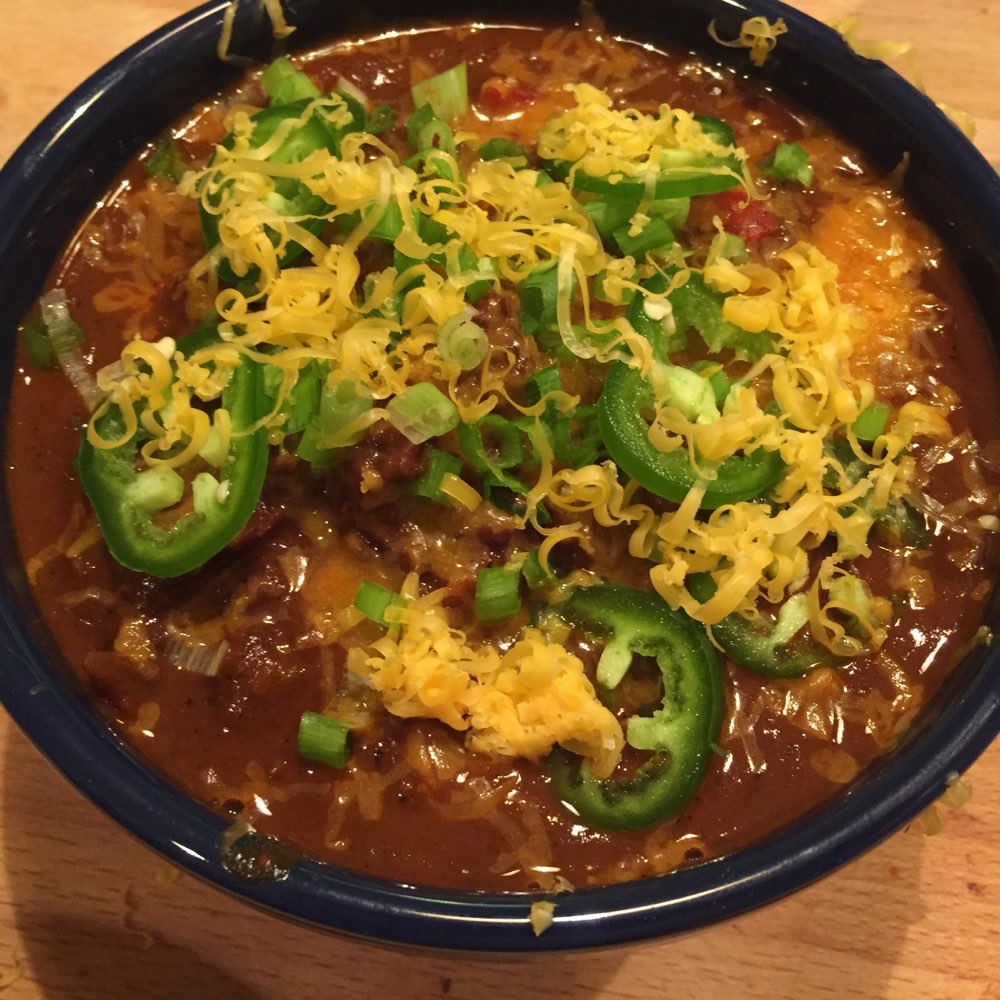 We followed Kenji (from Serious Eats) recipe (local) as the main inspiration. We made a few changes based on preference (ground beef), what we had (vegemite) and general taste. A full list of changes and adjustments are below.

Overall, this was probably the best chili we've made. Probably not the best we've ever had but still. The only thing is is that it was just too sweet. I would probably skip the sugar all together and maybe lighten the bourbon. But, it still had tons of flavor. And I would add some hotter peppers (either fresh chopped, fresh in the paste, or dried in the paste) next time. There was little to no heat.

Below are a list of changes and some comments

Kenji: The Best Chili Ever (from Serious Eats)
Local Copy (U: "guest", P: name of my dog, all lower case)