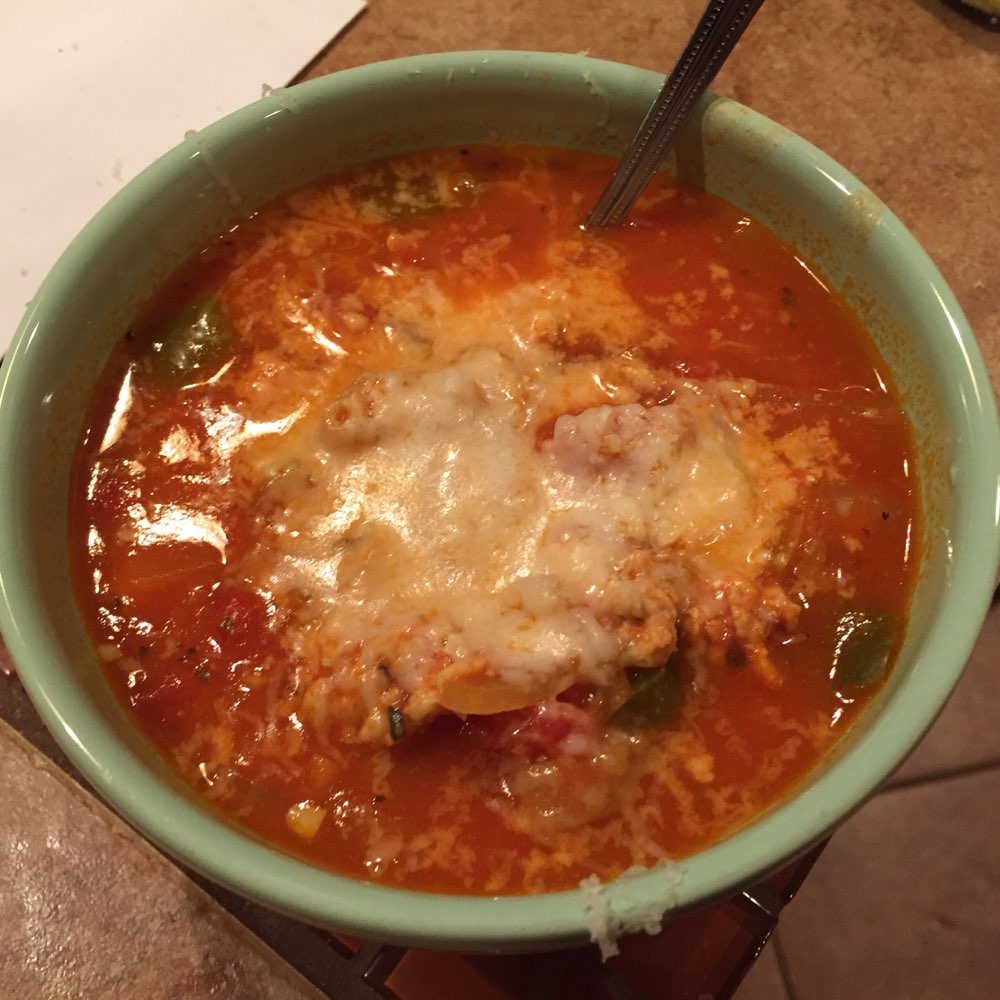 Meredith and I made Lighter Lasagna Soup. Like the last time, we used that vodka sauce. Other than that, we really didn't mess with the recipe except to skip the bread and use regular pasta.

We shredded mozzarella from a block. The chicken sausage was a Spicy Parmasean Sausage. We had about a full pound but it was also very, very stuck to the casing so there is no way that much got into the soup.

It was really good. The recipe is pretty easy and doesn't take much creativity, but it's still really good!