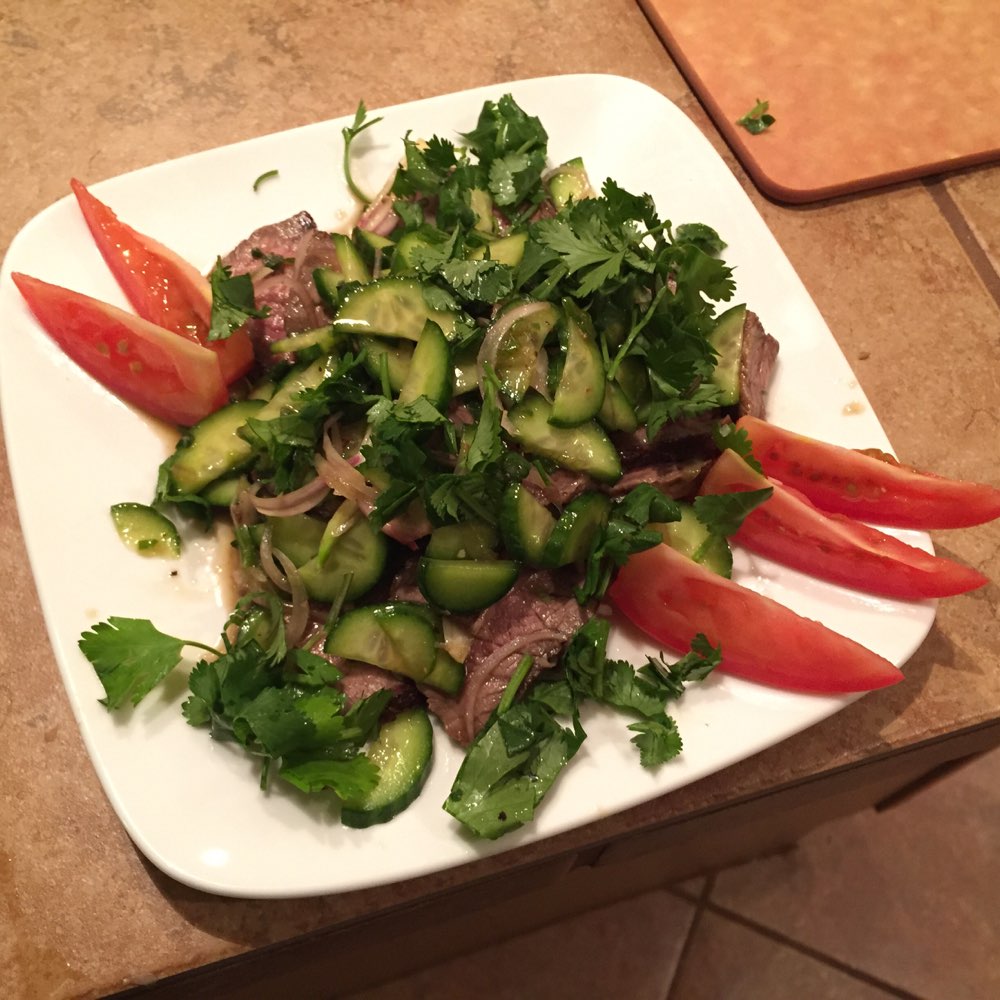 Meredith and I made Thai Spicy Beef Salad. We again used this recipe (Originally: 2014-11-07). We made similar changes including heating the sauce and using an extra tsp of fish-sauce. We did not put chilies in the marinade but we still put them in the sauce.

We used about 10 oz of Top Round which is really lean. I never know with cooking it, but from the pictures, you can see that it was more rare to medium-rare than medium. I still liked it though! The whole dish was really good and rather low in points since it used lean-proteins. 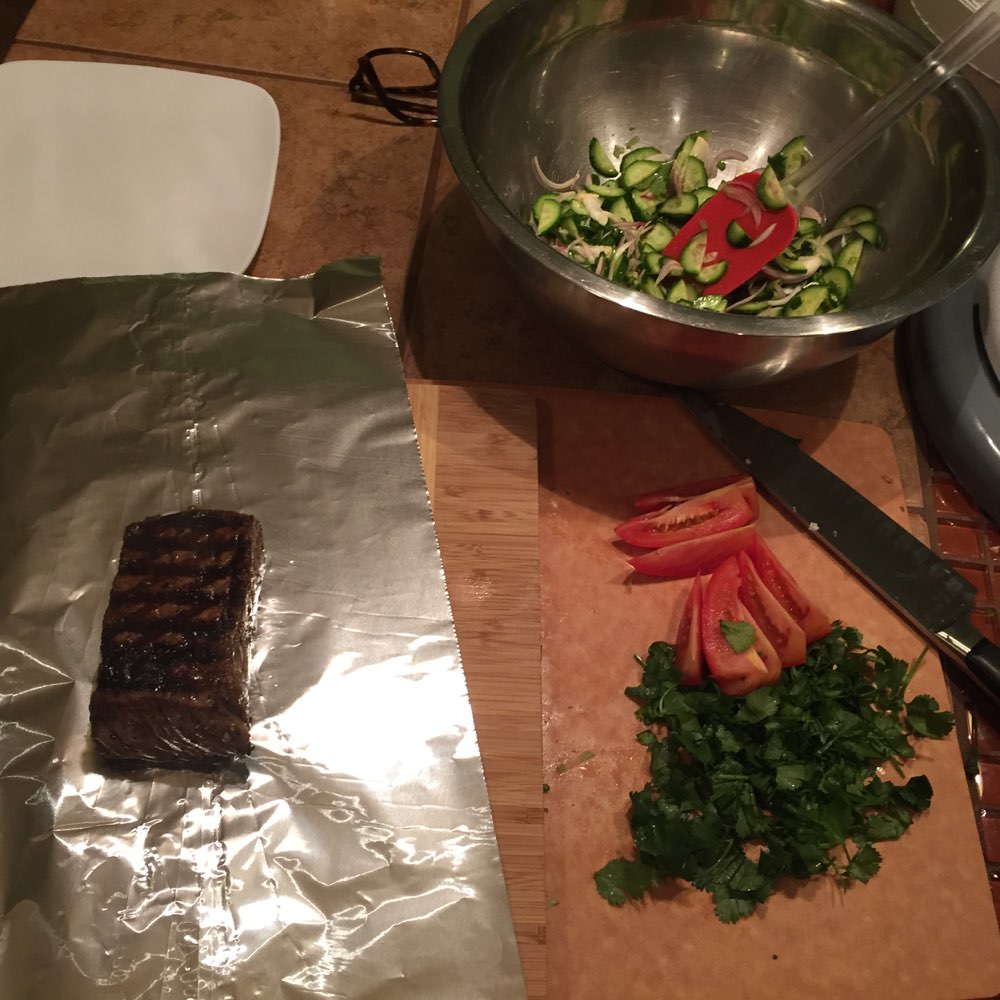 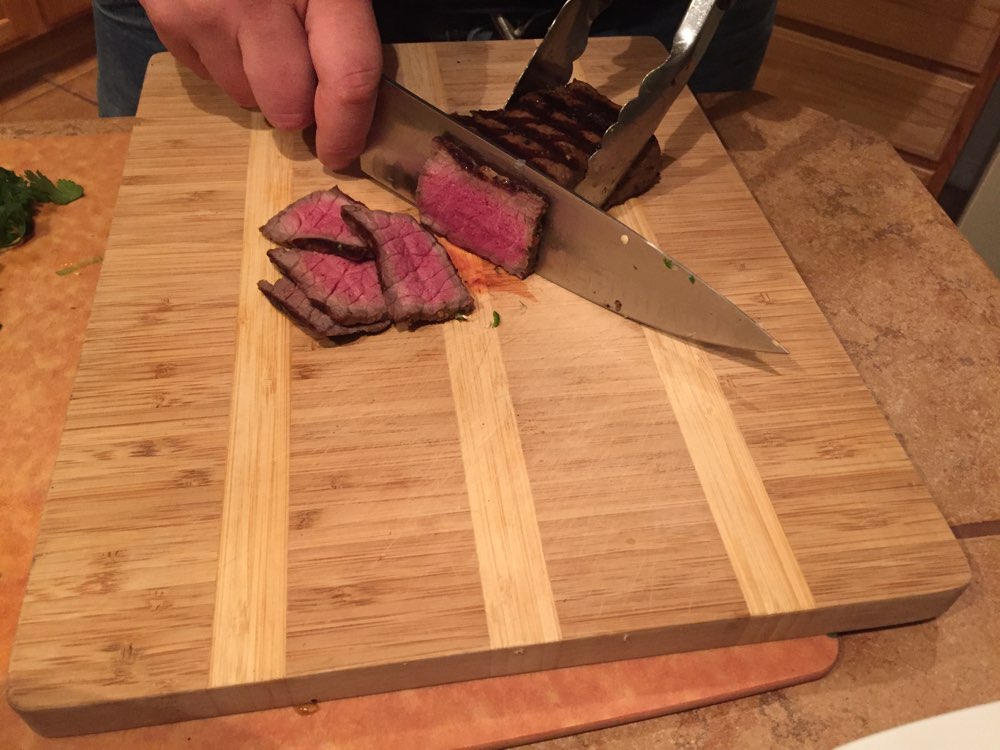 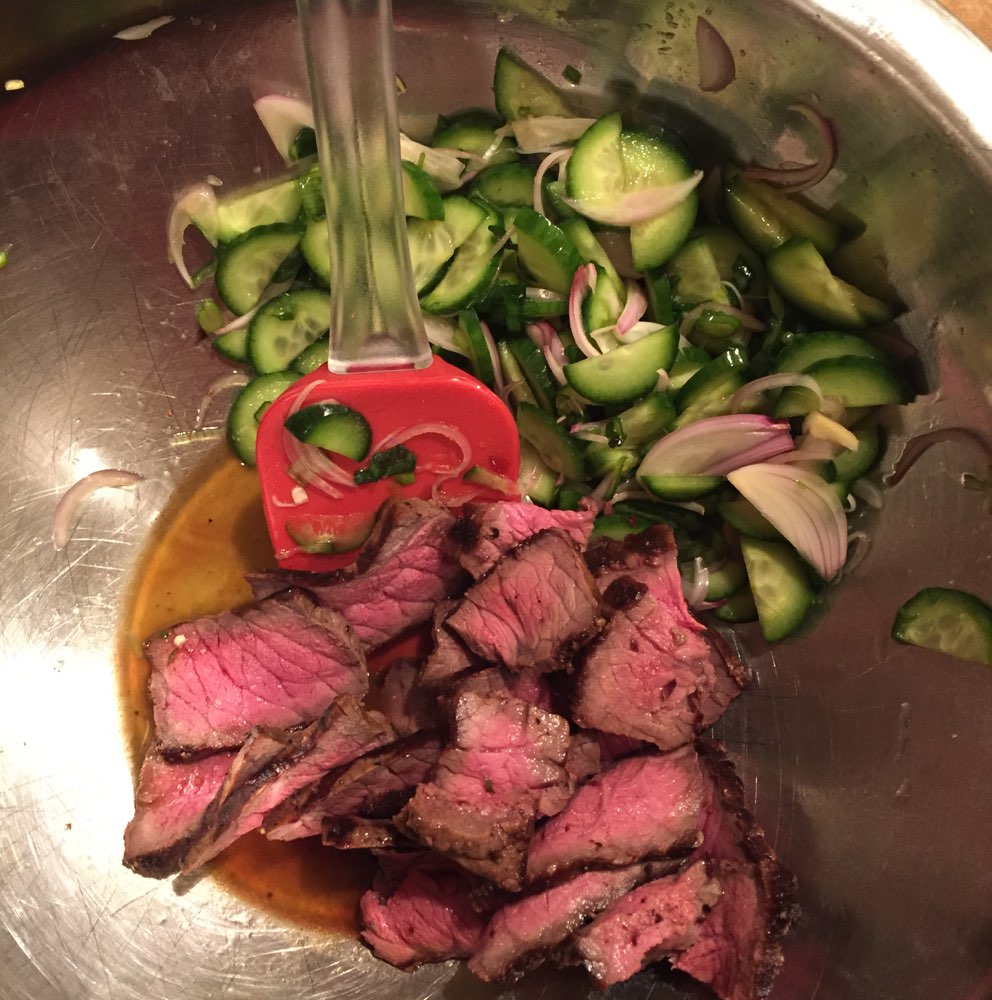