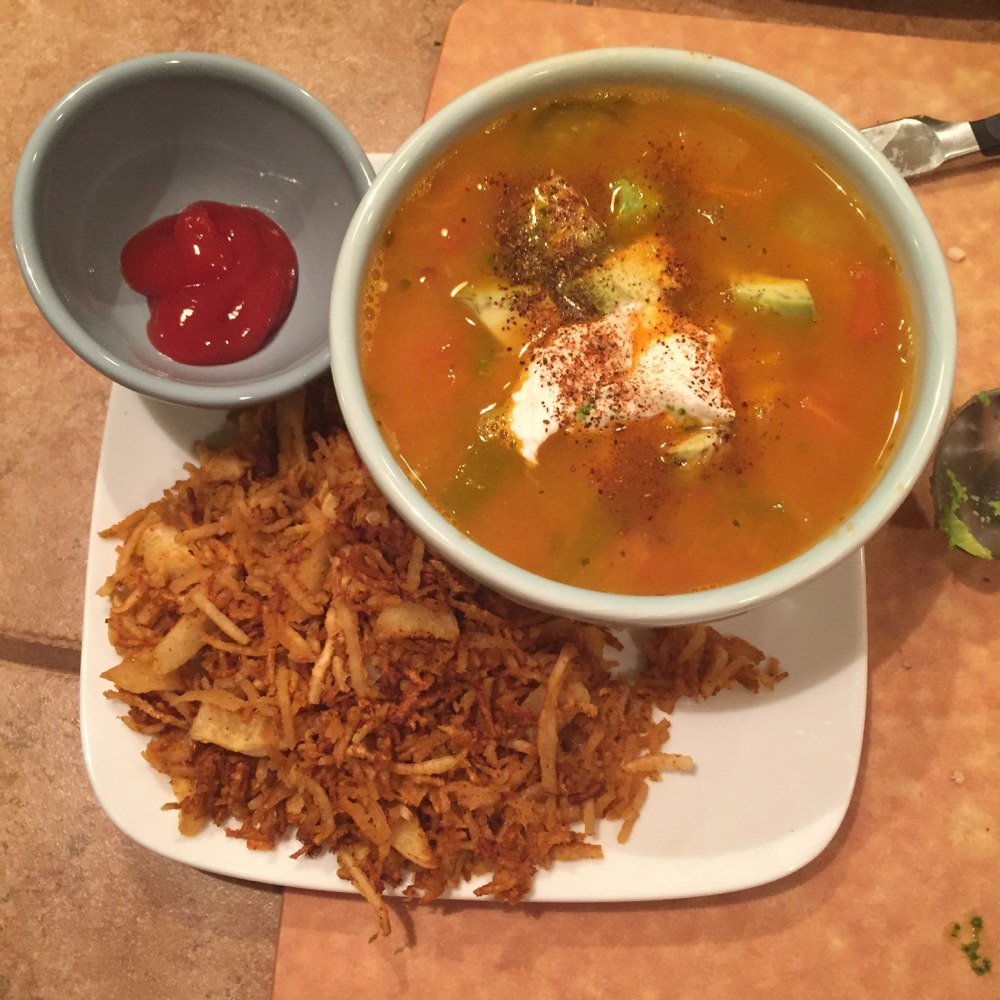 Meredith and I made "tortilla" (without any tortilla) soup since we wanted to keep using the rotisserie chicken. We decided to follow Aaron Sanchez' (Local).

With the additional spices, I think it came out pretty good. It still needed more salt though. While we did like it, I still think it kind of lacked flavor. I wouldn't say this is "our recipe" but may be a good jumping off point in the future.

We also made a (1.5-2x) batch of Spicy Spiralized Shoe String Jicama Fries. We probably went heavy on the seasonings. Also, since they were so wet and we had the space, we used two trays to allow them to crisp more. They were really good.

Tortilla Soup (from Aaron Sanchez via The Examiner)