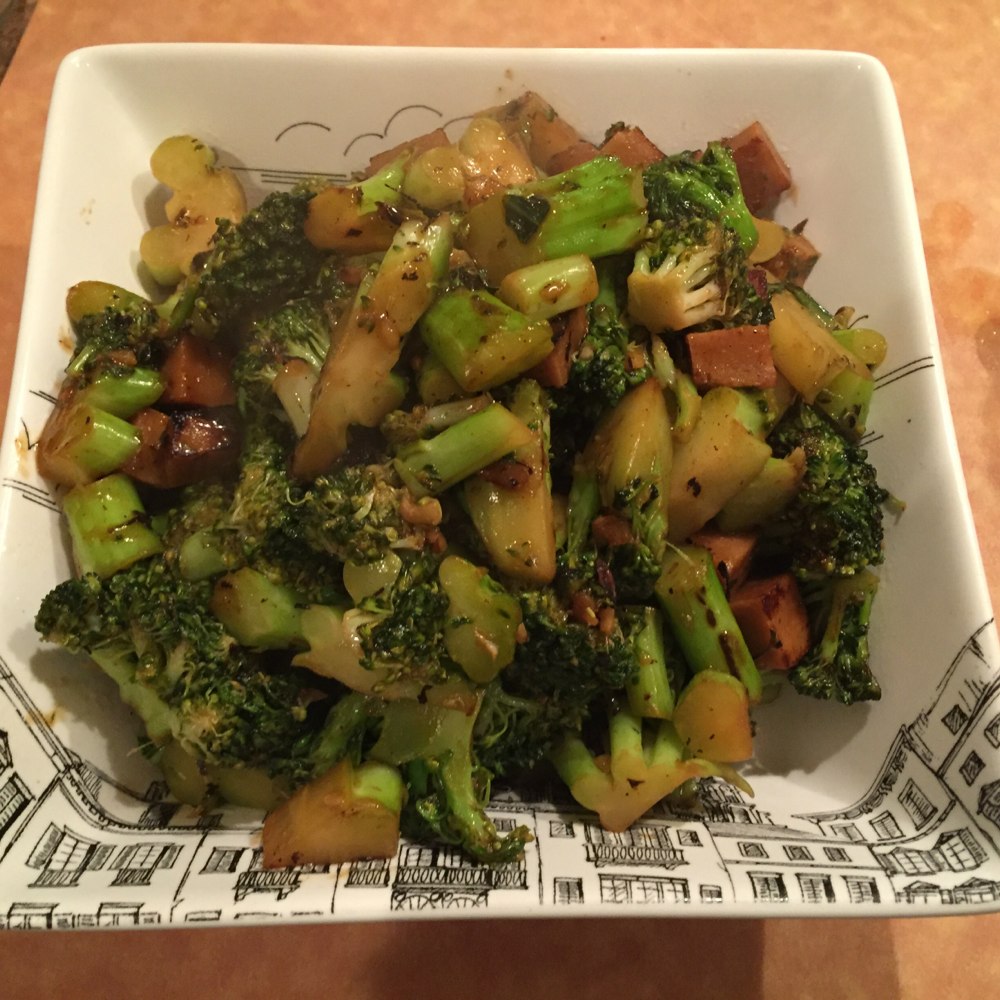 I made broccoli seitan. Everything was pretty run-of-the-mill except that I made my own seitan.

I did not use my regular recipe which I am rethinking anyway.

I followed the guidance from this recipe (local) which is also on YouTube. I actually didn't use her recipe, but I used her numbers, at least to start, but the big thing was that I used her method to cook it. I rolled it up in aluminum foil and steamed it but for 90 minutes to account for altitude. I still want to keep playing with it, but I liked this cooking method. I didn't have to deal with simmering, I could control the size and shape, and I was able to basically set-and-forget it (though I had to add water).

The flavors were pretty good. I thought it needed more salt and/or flavor. I will add some wine next time and more savory things like more soy sauce or some miso paste. And it was also less spongy (for better or worse)

The key differences I was trying besides the cooking method was to combine and knead by hand to avoid making it too springy. I also wanted to make it with more water. As such, I started with just 200g of vital wheat gluten but I added 20 more as I was kneading. I also added the gluten to the liquid as opposed to the other way around.

Combine all but the gluten1 in the blender. Pour liquid into a bowl and slowly add the gluten and incorporate.

Knead for 1-2 minutes. Spray aluminum foil in pam. For the dough into log and wrap with the foil. Let rest in the fridge for 20-30 minutes. Steam for 60-90 minutes. 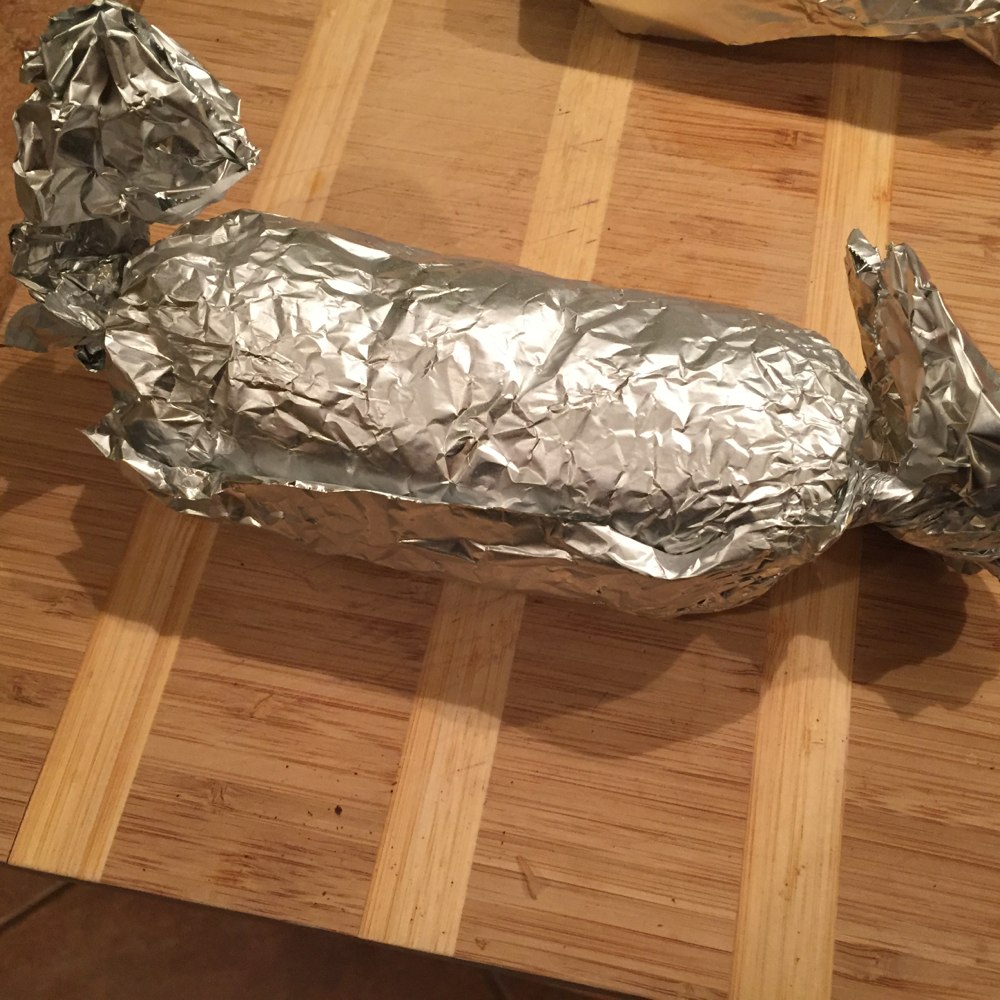 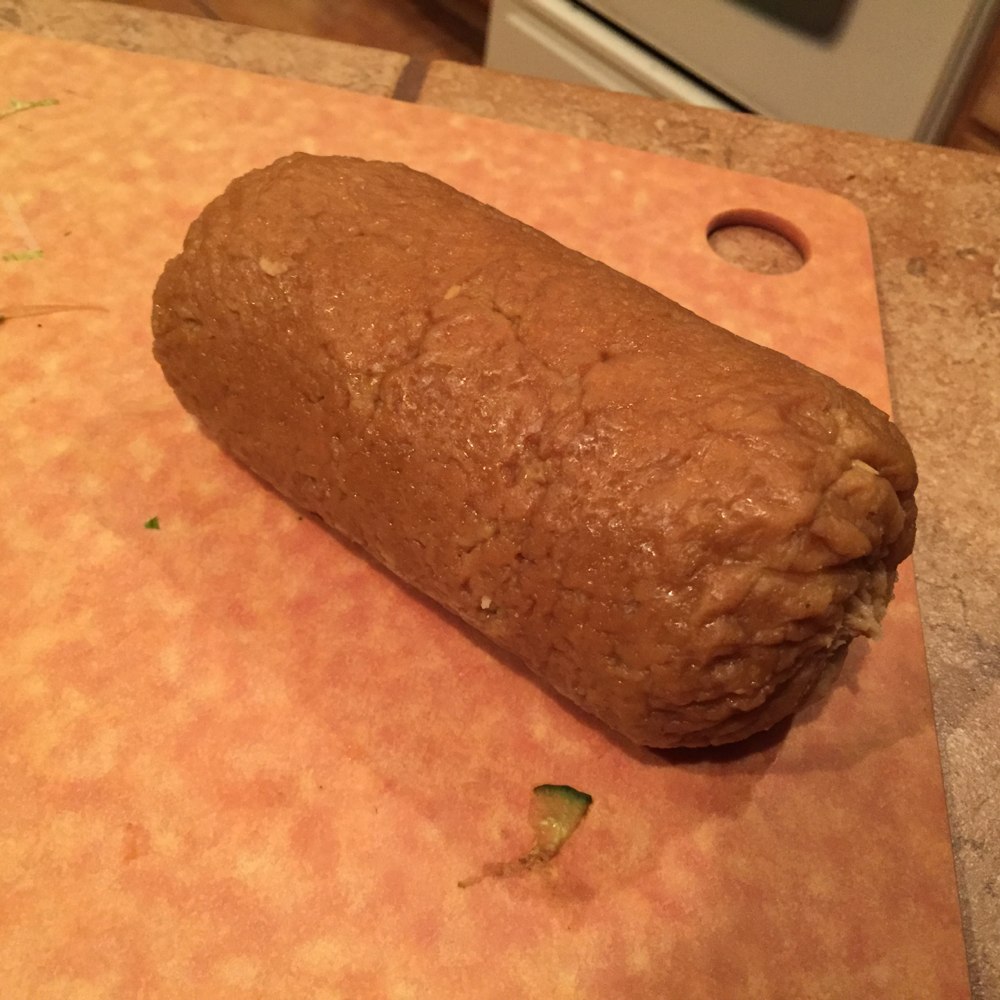 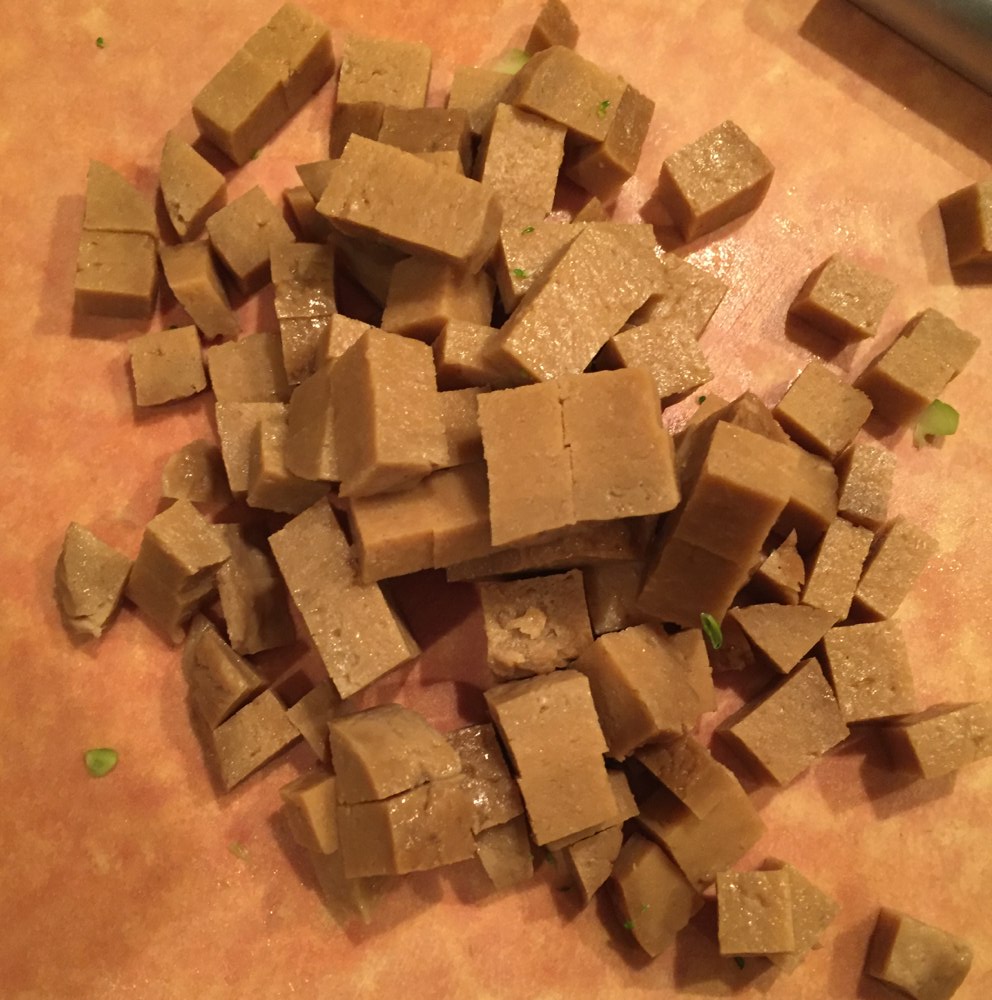