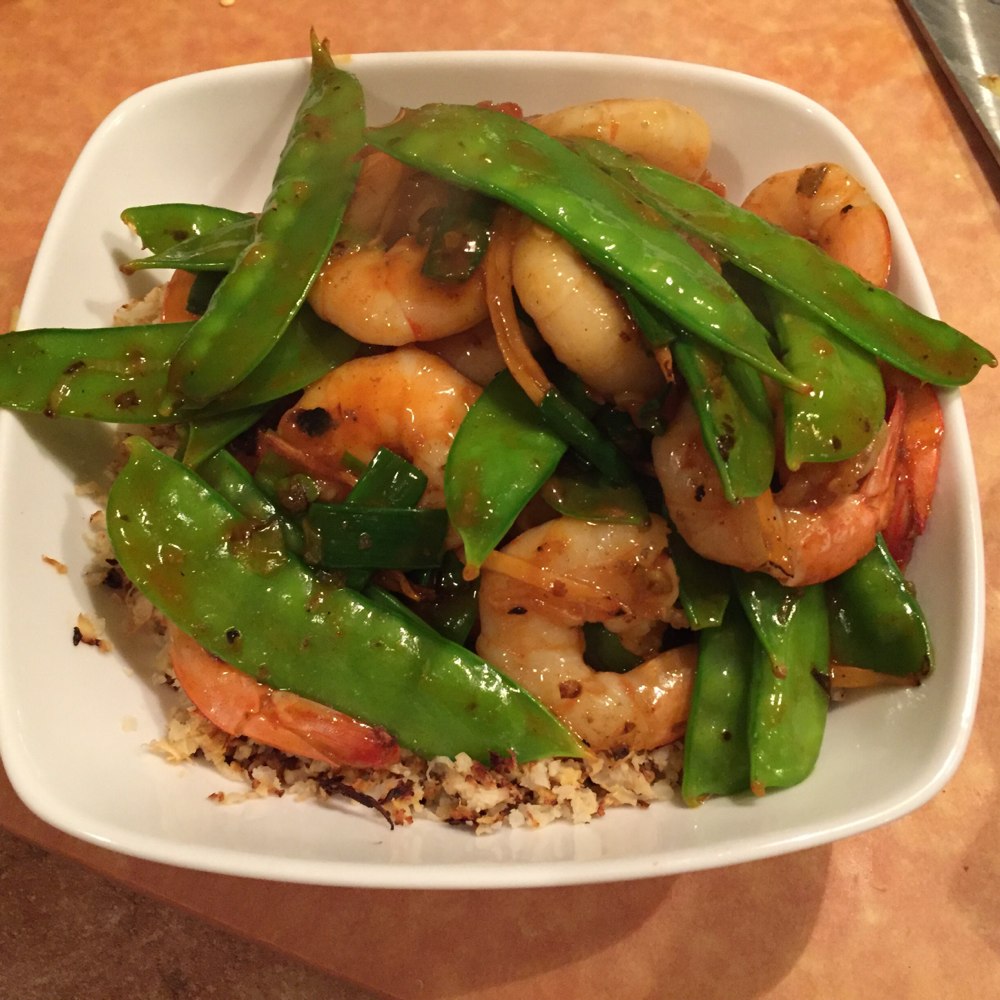 Meredith and I made a stir fry largely based on this recipe from A Beautiful Plate (local copy). We had to do it in a regular (though large) pan because we had to use the cast iron for something else.

We followed the recipe pretty closely except that we used canola oil for stir-frying (and a tiny bit of sesame oil for the flavor). We also used some Sriracha and Gochujang instead of the chili garlic paste.

The only other change we made was to pull the first batch of vegetables out before adding the shrimp. And we forgot to add the lime juice until after it was already poured out.

Everything came out really good. I was afraid the pan wasn't hot enough but it came out great. The shrimp also came out perfectly cooked. The flavors were really good. I really liked the ginger being part of the vegetable mix as opposed to just in the sauce.

We also did it over Cauliflower rice.