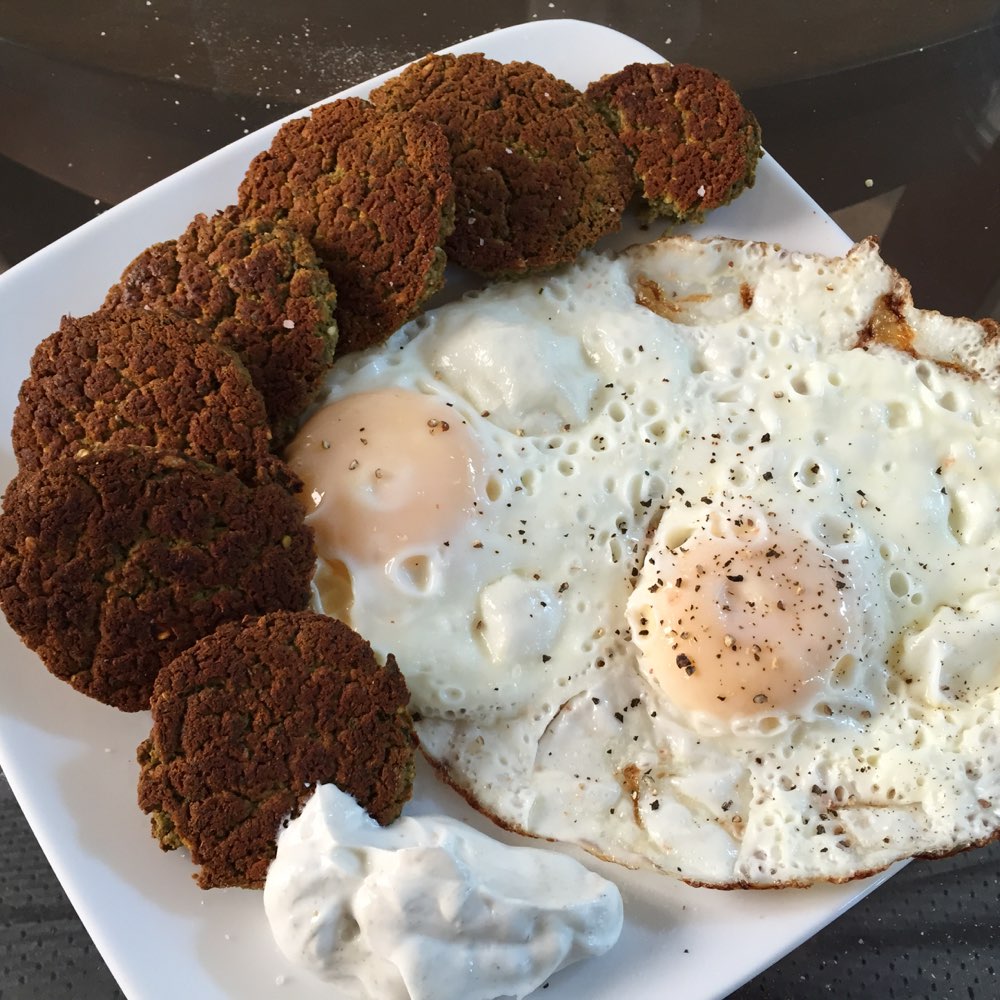 We were again trying to cool with the same restrictions as 2016-01-22 so we came up with falafels.

I made my regular dough, roughly doubled, but with great norther beans and I made lentil flour (food processor). I used about 2/3 cup of the flour to try to counter the wetter beans. I also did most of the spices only roughly. And, I used some dried parsley instead.

I tried to waffle them but they failed. It stuck too much. Not sure what the root cause was, but it wasn't pretty. So, for the rest, I baked like regular falafel. This worked well. Of course, the bottom got much browner than the top. I wonder if I could sandwich trays to try to cook the top? I will look into that... (You can't really see it in the picture because of how I placed them on the plate but what is up was the bottom of the tray)

We served the with fried eggs and a quick dip made from greek yogurt with za'tar and salt.