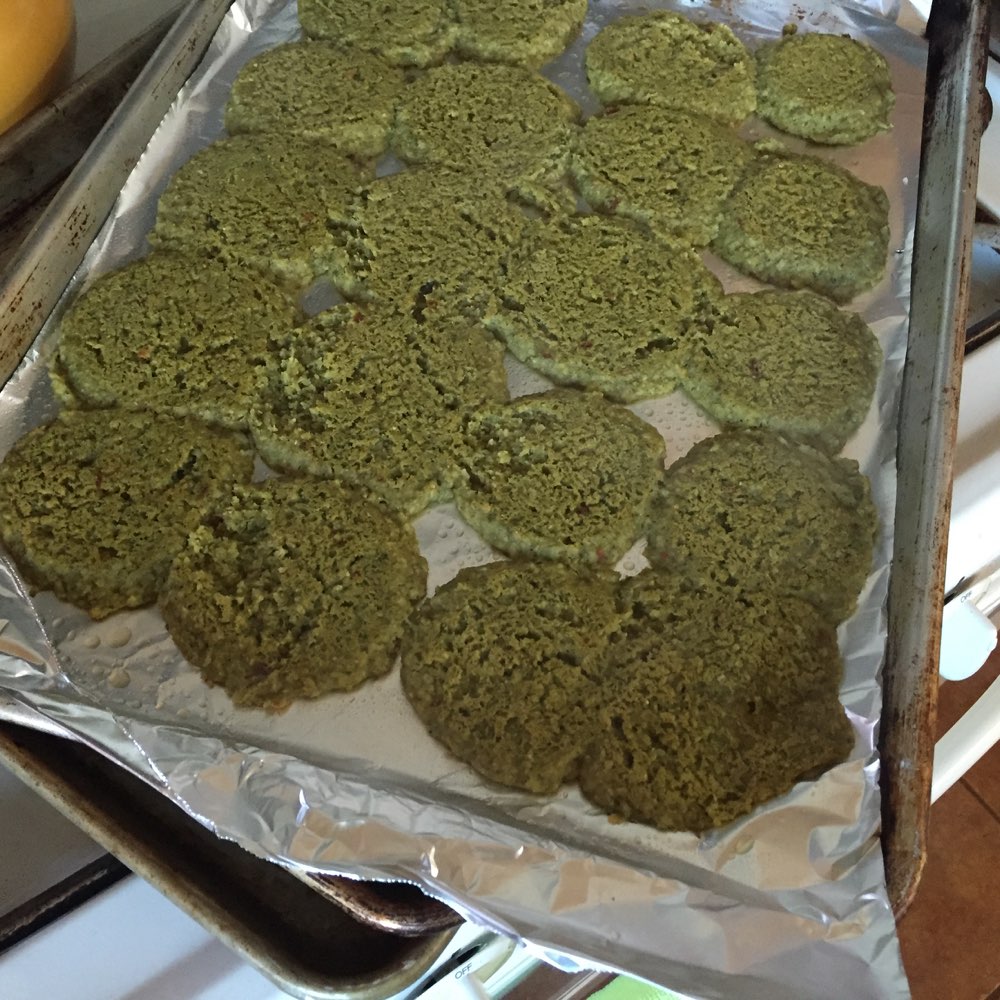 (Forgot to take a final picture)

We decided to make falafel for a super bowl party but also wanted to experiment. I tried to place another tray on top (with the non-stick foil) to brown both sides. However, as you can see from the picture, they basically just spread. And it was essentially steamed. So this didn't work.

But I let them cook until they were sufficiently done and it came out ok.

Meredith made a large batch of tzatziki. We served it (for a party) with cut up pita bread.