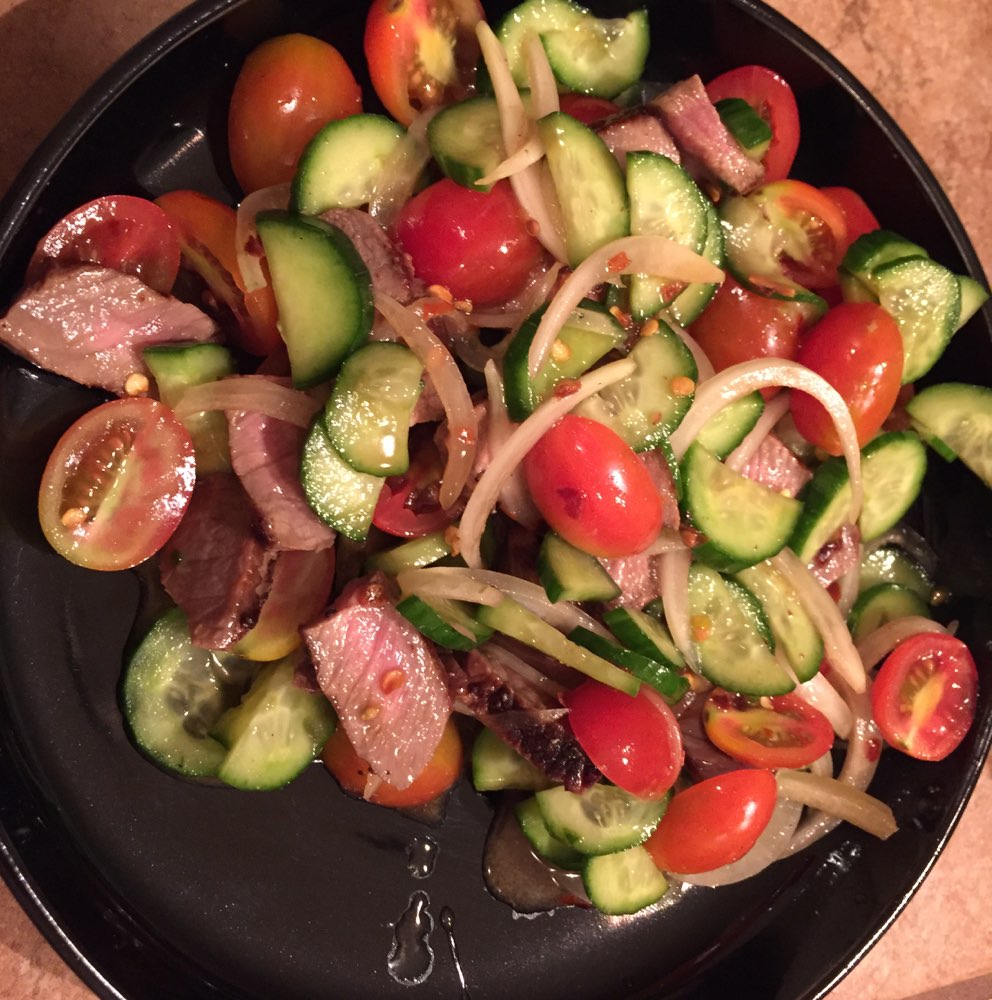 Meredith and I made the regular Thai Beef Salad doing the usual extra tsp (total 1 tbsp) of fish sauce. Unlike the last few times, we skipped the Thai chili peppers and we also just happened to forget the cilantro.

The steak was also about 1/2 lbs (much less than called for) of (I think) Top Round1 that we marinated earlier that morning and then did on the grill pan.

Nothing too special but still a pretty good and easy meal. Not to mention, super low in points.