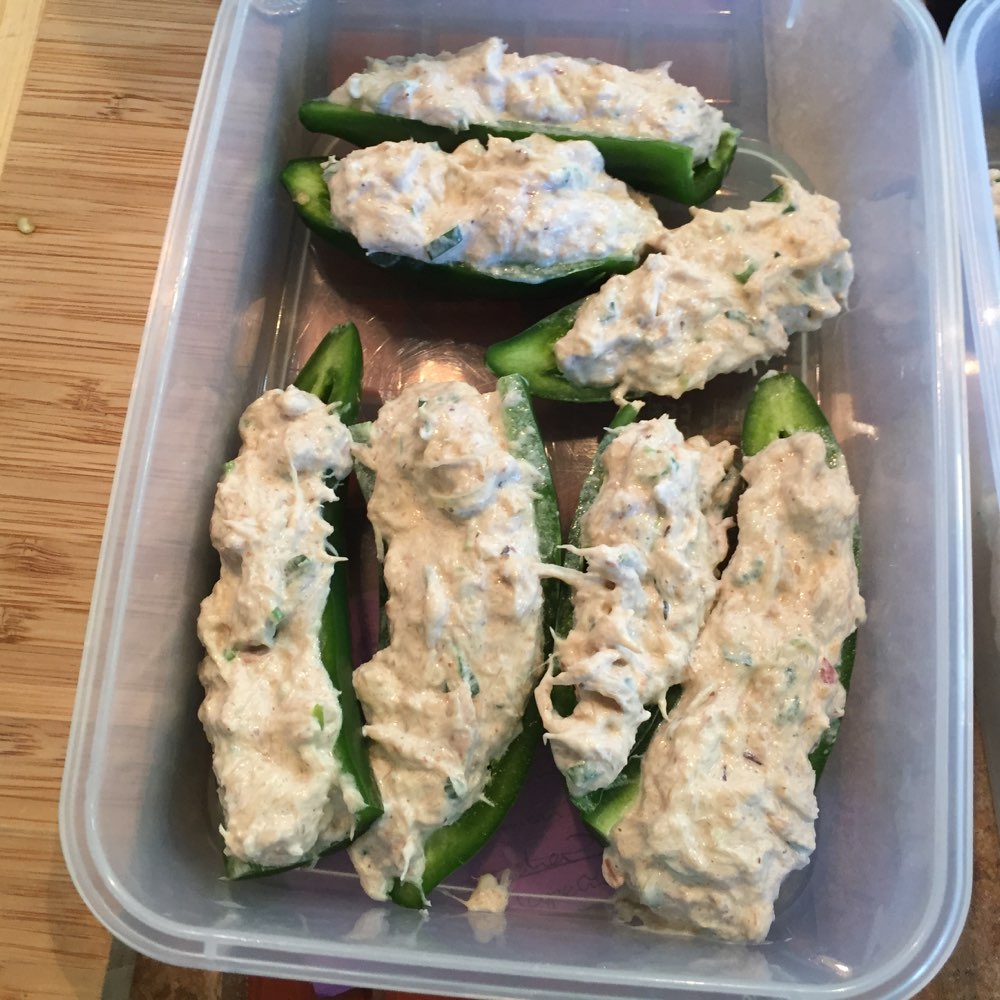 Meredith had been wanting to do this for a while. She made a healthier version of crab rangoon filling and stuffed it into raw jalapeños. To make it healthier, we used a Greek Yogurt cream cheese that saves a lot of points (pictured below)

Meredith's original recipe is below but she ended up playing it a bit by ear. She did:

She mixed it all together and filled in seeded jalapeños

They were pretty good and easy to make and were good. And it was a pretty low in points. 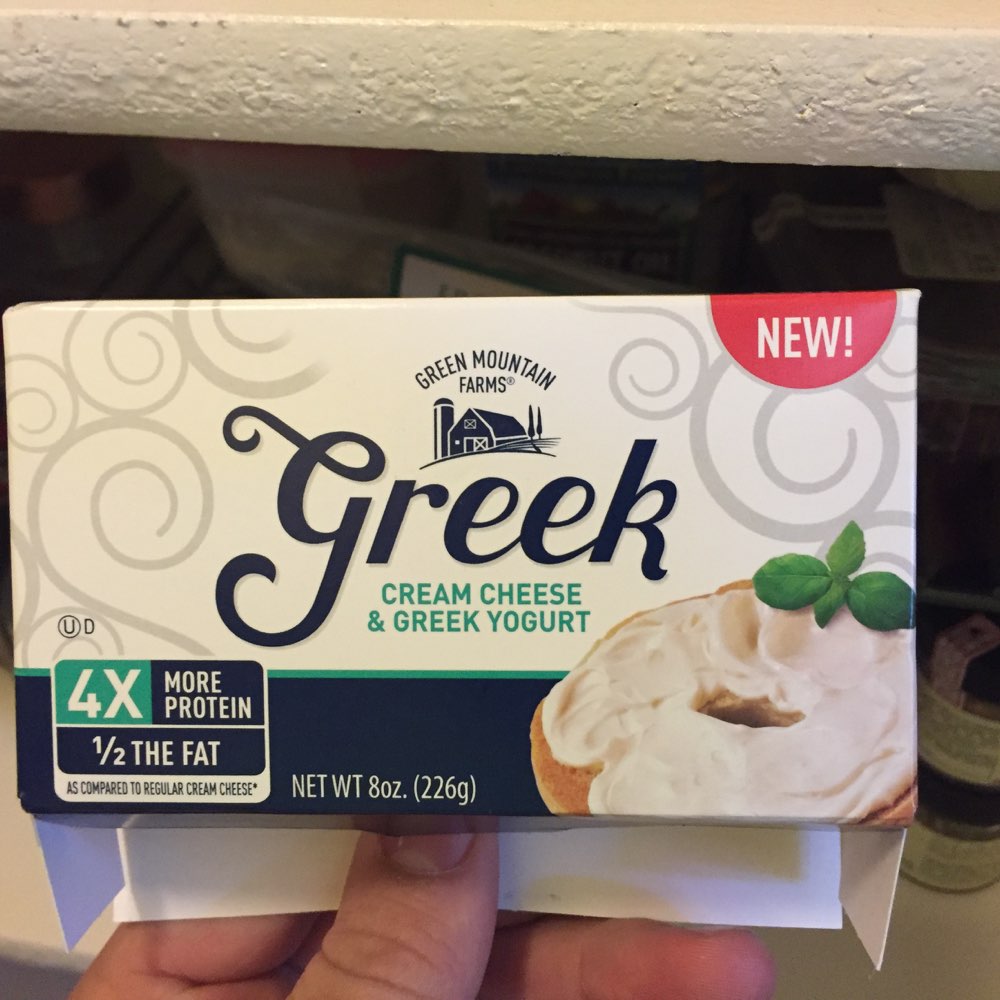 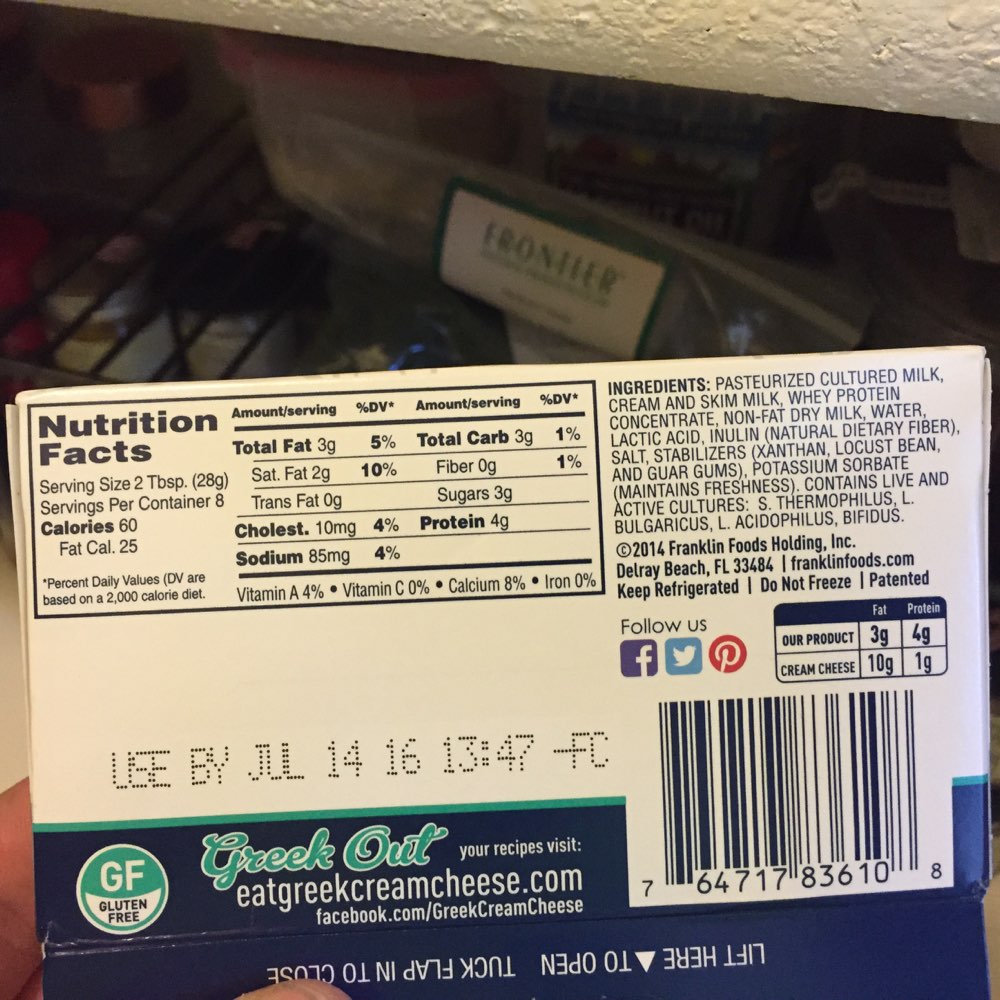 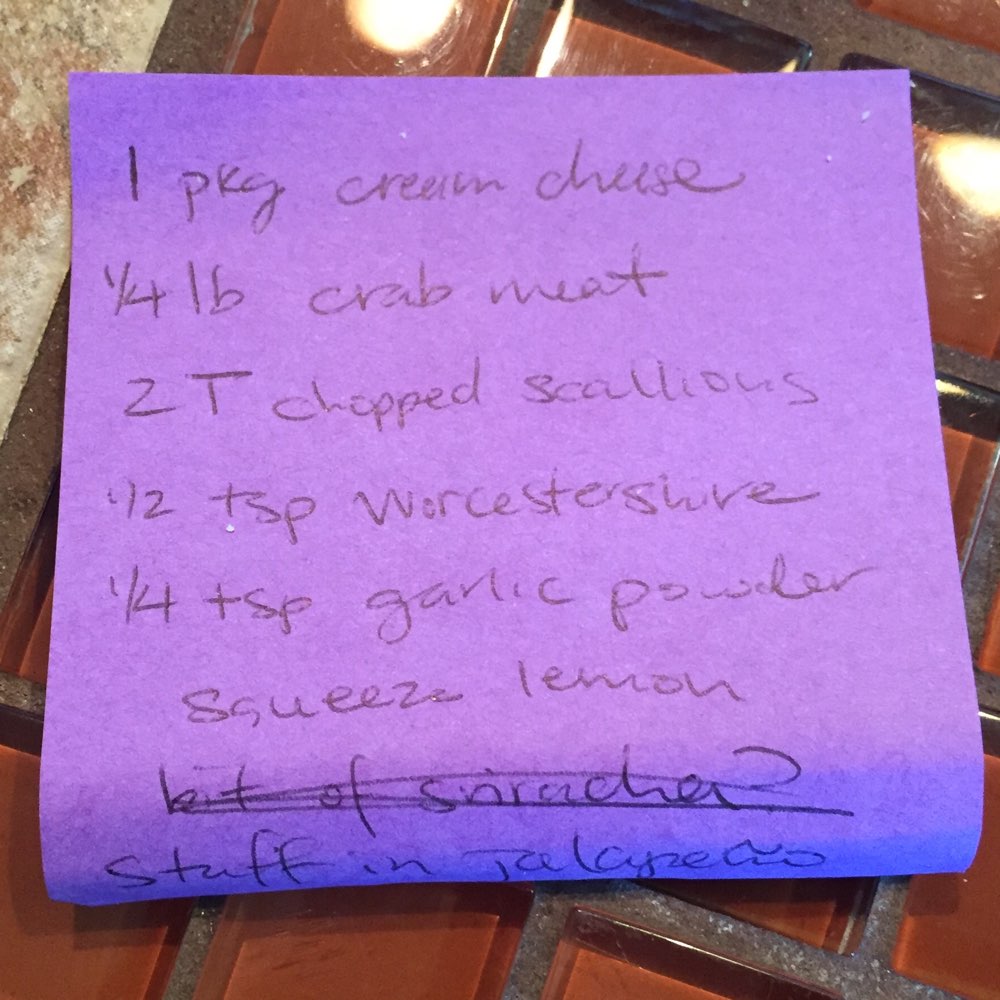