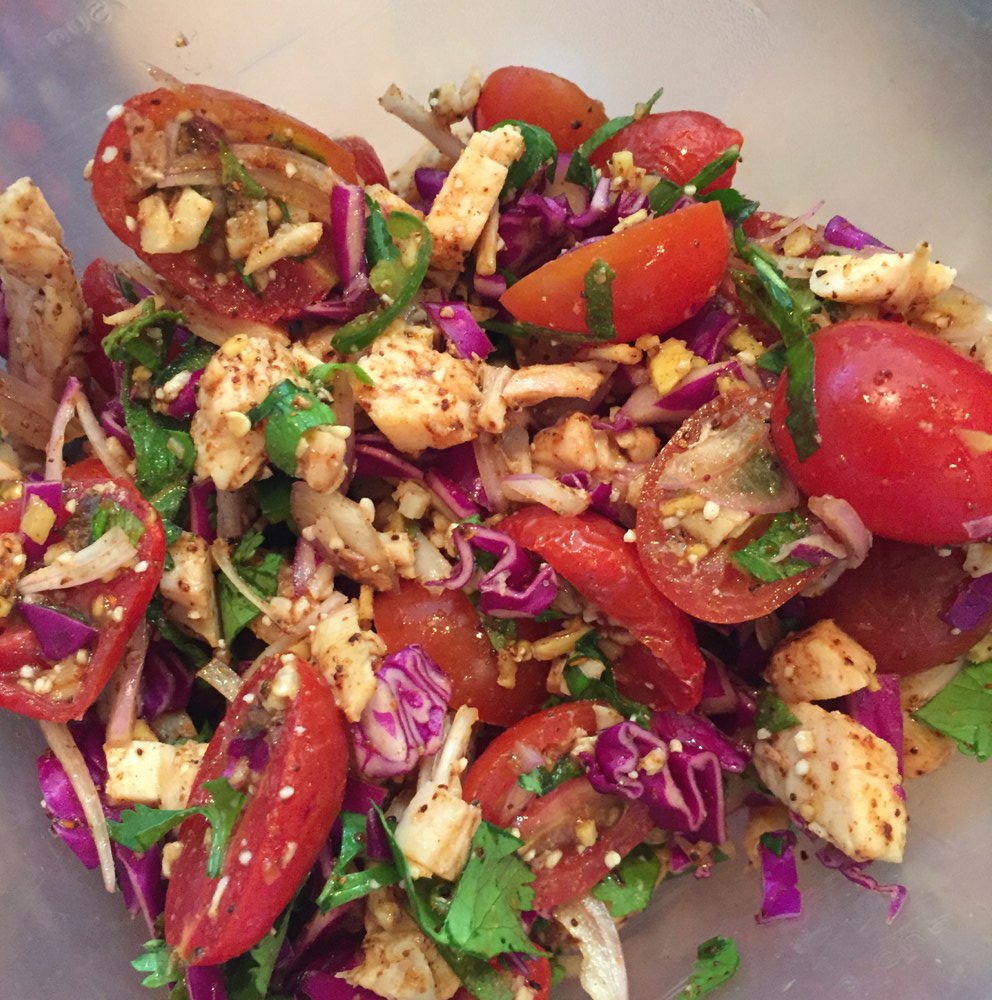 She did the stated recipe (except very light on the fish sauce and replaced some with soy). Plus the following

Of course, everything was really done to taste, but this is the general idea.

The biggest thing was the (untoasted) ginger and the lack of bite from the fish sauce. Meredith really doesn't like it so she went very low on it, but I think it really needed the bite and saltiness. She replaced some of the fish sauce with soy but not completely. I would do that next time. It would no longe be as Thai flavored but should still be good. Also, the ginger was extremely strong.

But, it was still a pretty good lunch.