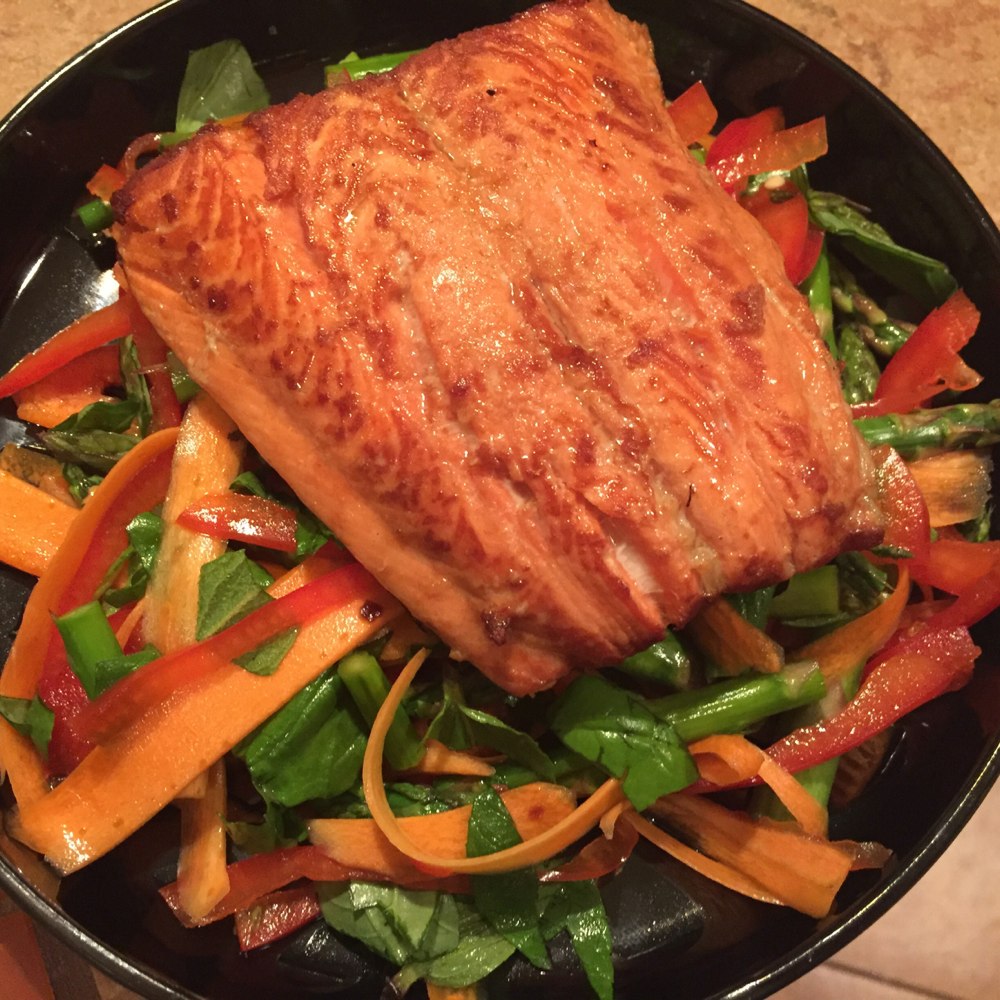 We were originally thinking of making our usual seared salmon but Meredith had the idea of doing an asian version. We used this Cook Republic Recipe (local) with a bunch of changes.

First, we seared the salmon using the usual method. That worked ok except that the sesame oil caused a ton of smoke. We also used half the amount of sesame oil. I went slightly light on the fish sauce but not much. (oh, as just used the micro plane to make ginger paste)

Meredith made the dressing and the salad. She went light on the oil but stayed with the general dressing.

For the salad, we skipped the glass noodles and used par-cooked asparagus in place of the snap peas. We also skipped the cucumber since ours went bad. And no pine nuts. The mint was fresh from the garden. She used a vegetable peeler to slice up the carrots which worked well.

Overall, it was pretty good. Other than the smoke, I liked doing the salmon like that. It was certainly very flavorful and the salad and dressing also worked out well.

We will certainly do this again when we want salmon.