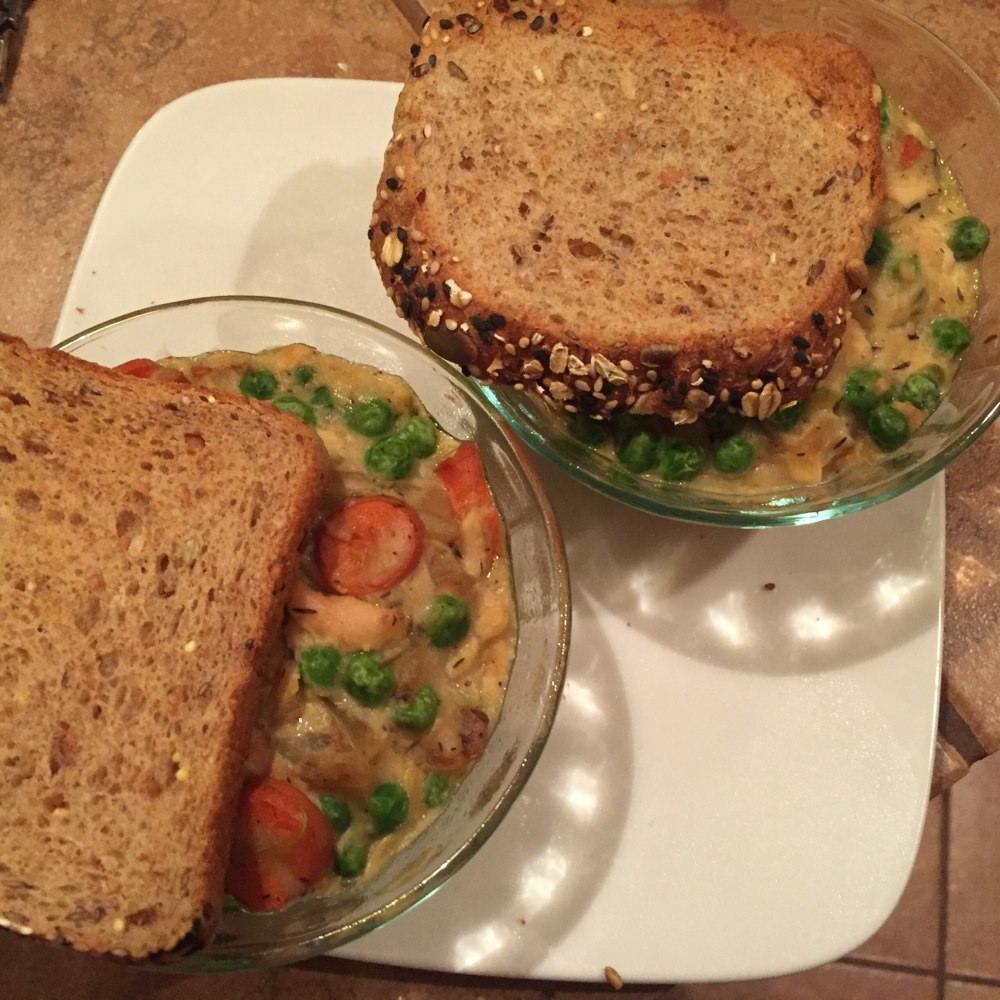 We made our usual Chicken Pot Pie (which I have now made into it's own page). We did the recipe and added Green Chile. I skipped both the lemon juice and the franks red hot. I think that the acidity/brightness was missed. But the chile was pretty good. It was spicy but could have used more flavor.

We also topped it with toast which was fine. Not as good as real biscuits (or presumably the phyllo). Worth doing again in the future.