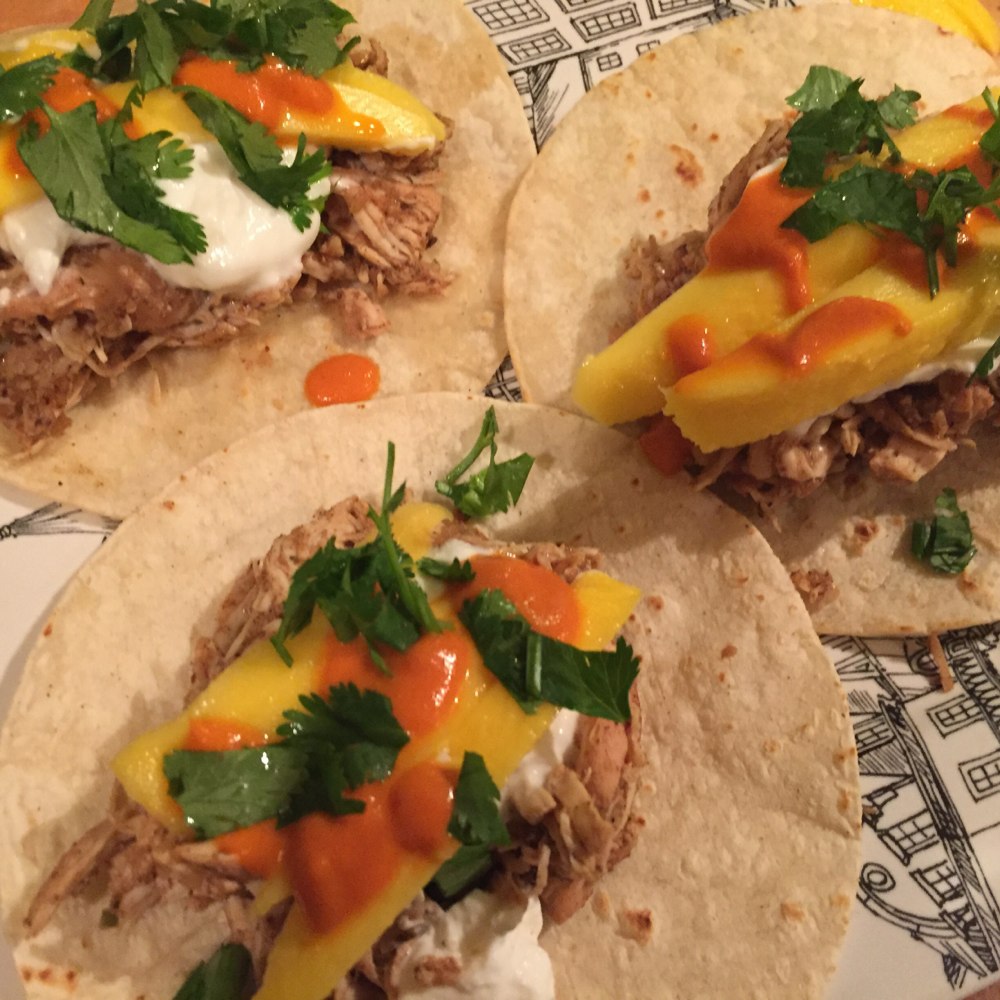 Meredith has been really wanting to make something like Torchy's Taco Brushfire. Their description is:

So we tried to make something similar. We used a Nigella Lawson via The Food Network recipe (local -- with lots of reformatting).

We followed the basic recipe with the following changes:

We shredded it with a bit of marinade paste (there was a lot). We made the tacos with heated corn tortillas, the chicken, sliced mango, cilantro, greek yogurt (instead of sour cream), and some bottled Diablo sauce from Torchy's. We actually made 6 chicken breasts and froze a ton of the chicken for another day.

The chicken was pretty good though not really anything like Torchy's. But the other toppings combined to make it at least resemble Torchy's (makes sense with the sauce).

Overall, I think we would do it again, but maybe with a different jerk chicken recipe (though we first have to use up these leftovers)

Homestyle Jerk Chicken (from Nigella Lawson via The Food Network)