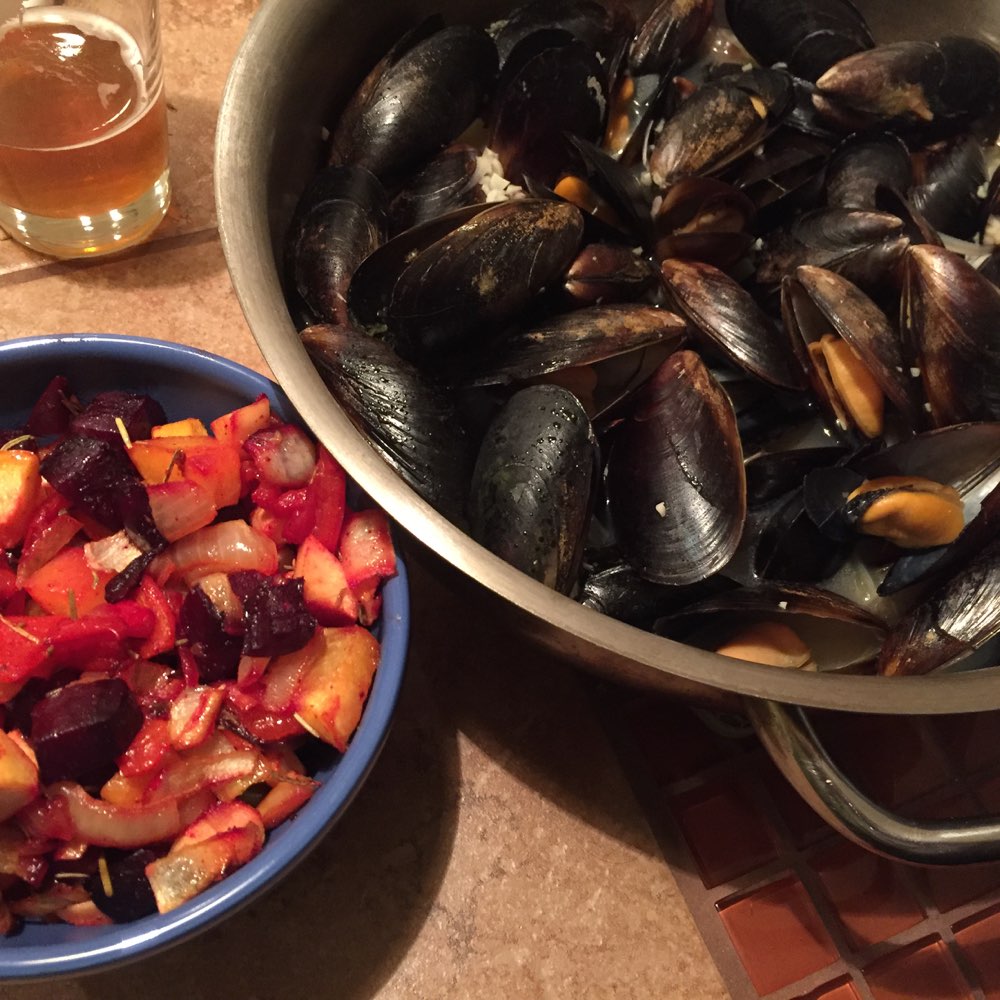 We had bought mussels for the day before but decided to save them. Given that we live in the dessert, our only real option was frozen ones. Actually, this is the first time I've seen frozen, unsauced mussels. If you read around online, they are generally looked down upon, but I thought they were pretty good.

We tried to make a sauce out of white wine, shallots, garlic (and maybe onion?). We also added some water as per some suggestions. When we steamed them, I think they released a ton of water. The mussels were really good (maybe a bit chewy but really not bad) but the sauce was super, super wet. We will work on that part of it.

We also roasted the following vegetables:

Really nothing too fancy but it was good.