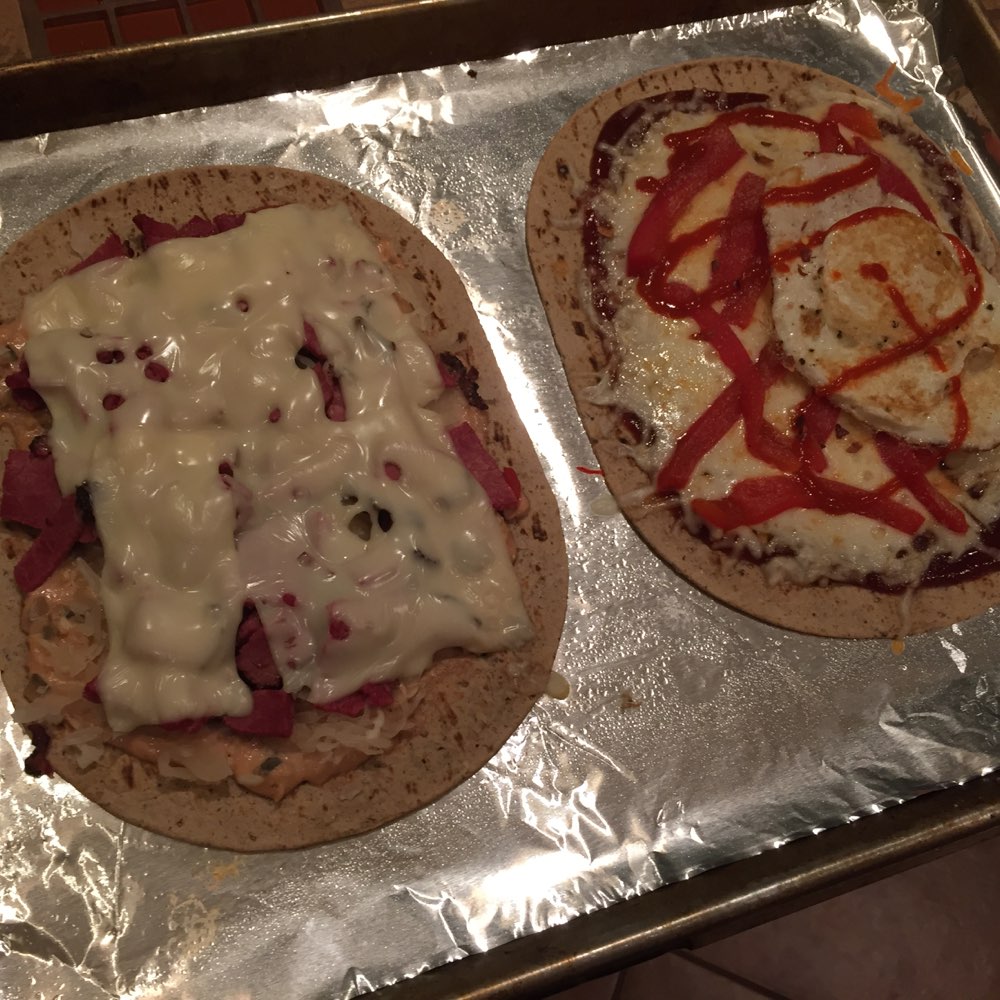 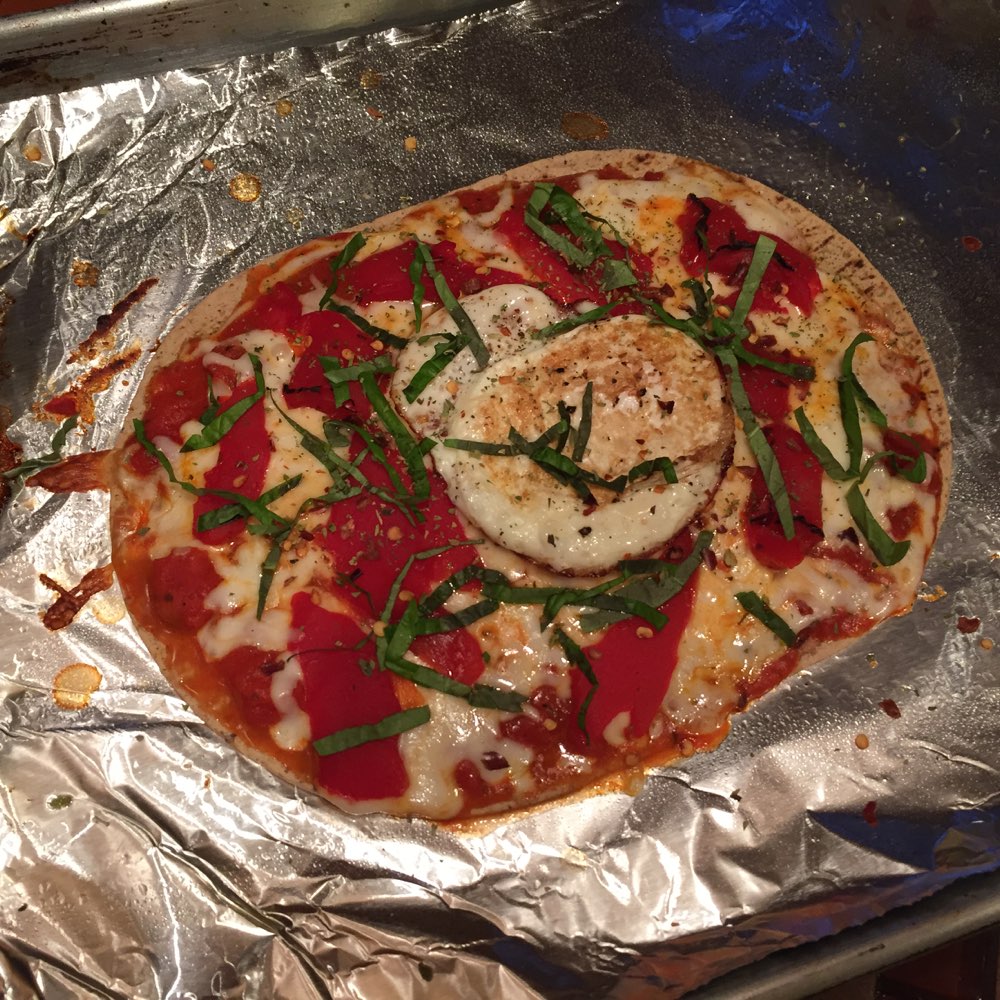 Meredith and I made Flat Out Pizzas. I made two different ones.

The first was supposed to be a reuben pizza. I tried to make Thousand Island dressing (halved) but I didn't have ketchup so I used BBQ sauce. Also, this recipe just isn't very good. I think I keep going back to it since I don't have dressing. But this one was particularly bad.

I also made one with BBQ sauce, cheese, and roasted peppers. Topped with an egg and Sriracha on top.

Meredith did something similar. She used vodka sauce with part-skim mozzarella cheese. She also topped it with a fried egg and some basil