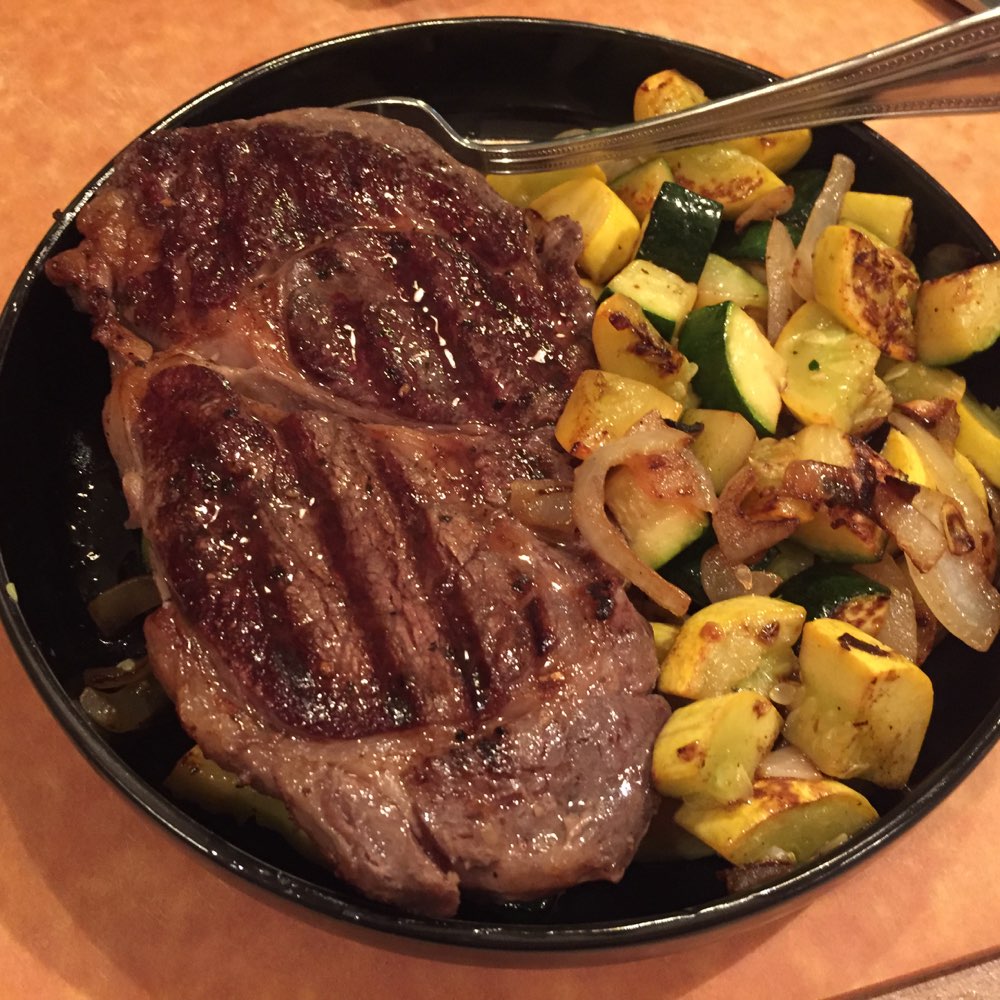 While we've done sous vide before with my home-brew fridge controller but it was a pain in the ass and didn't work well. We recently bought a controller since it was on sale.

Anyway, we cooked two Delmonico cut steaks. We did it for about 1.5 hours at 136°F (easily exactly done with the controller). I then seared them on a super-hot pan.

They came out pretty good, but I was not really thinking it through when I bought the steaks. It was a really high-end cut but it was also very fatty. We spent most of the time eating it cutting away (or spitting out) fatty parts.

The sous vide process went well but the steak itself was just not for us. I am looking forward to doing more things with it (but leaner).

We also made calabacitas by just cooking some onions in butter, and then adding a chopped zucchini and two yellow squashes.

The only seasonings with used on both the steak and the calabacitas salt and pepper.

The sous vide set up. You can also see the fatty steak cuts. 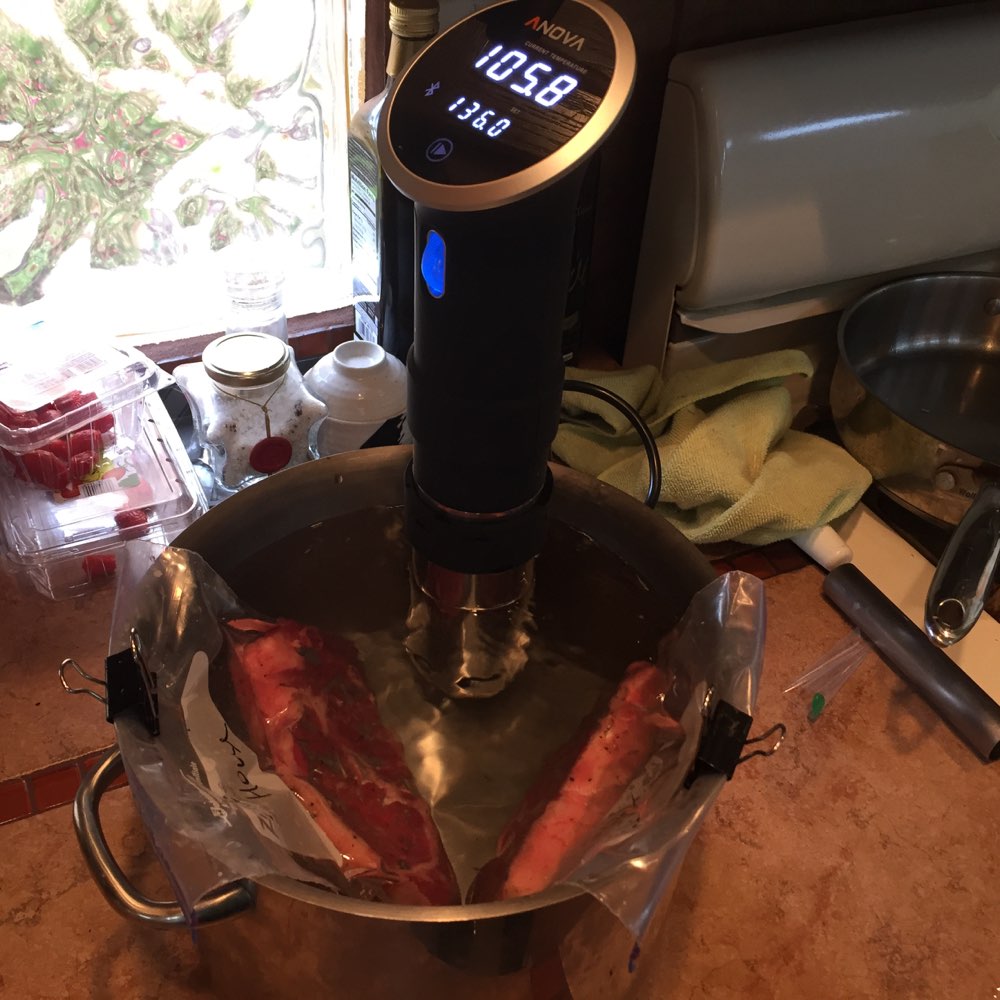