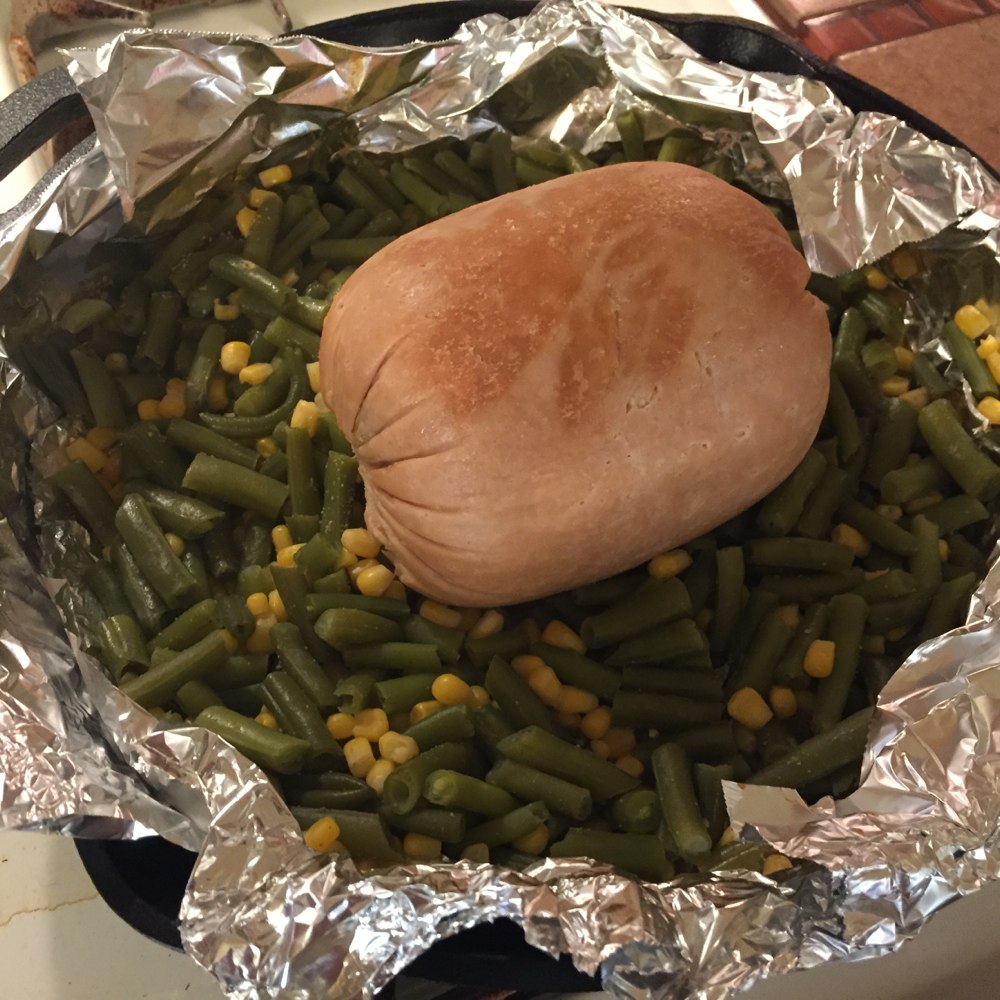 We are moving in a few days and have packed just about everything that will be going or getting donated. We had a frozen tofurky and lots of vegetables so we decided to work with that.

You can see we used a aluminum lined cast-iron pan. The recipe for the baste calls for soy sauce, oil, and a bunch of other things. I had to work with the few things we kept around (and anything cold).

So I made a baste with chicken broth, oyster sauce (in place of soy), garlic powder, cumin, and pepper. I killed the whole vegetarian thing, but we didn't mind.

I also took a pound of frozen green beans and some frozen corn. I covered it well and put the whole thing in the oven at 350 for 1.5 hours. It calls for some other things, but I just winged it.

The whole thing is 5 servings but I just broke it up into 4. 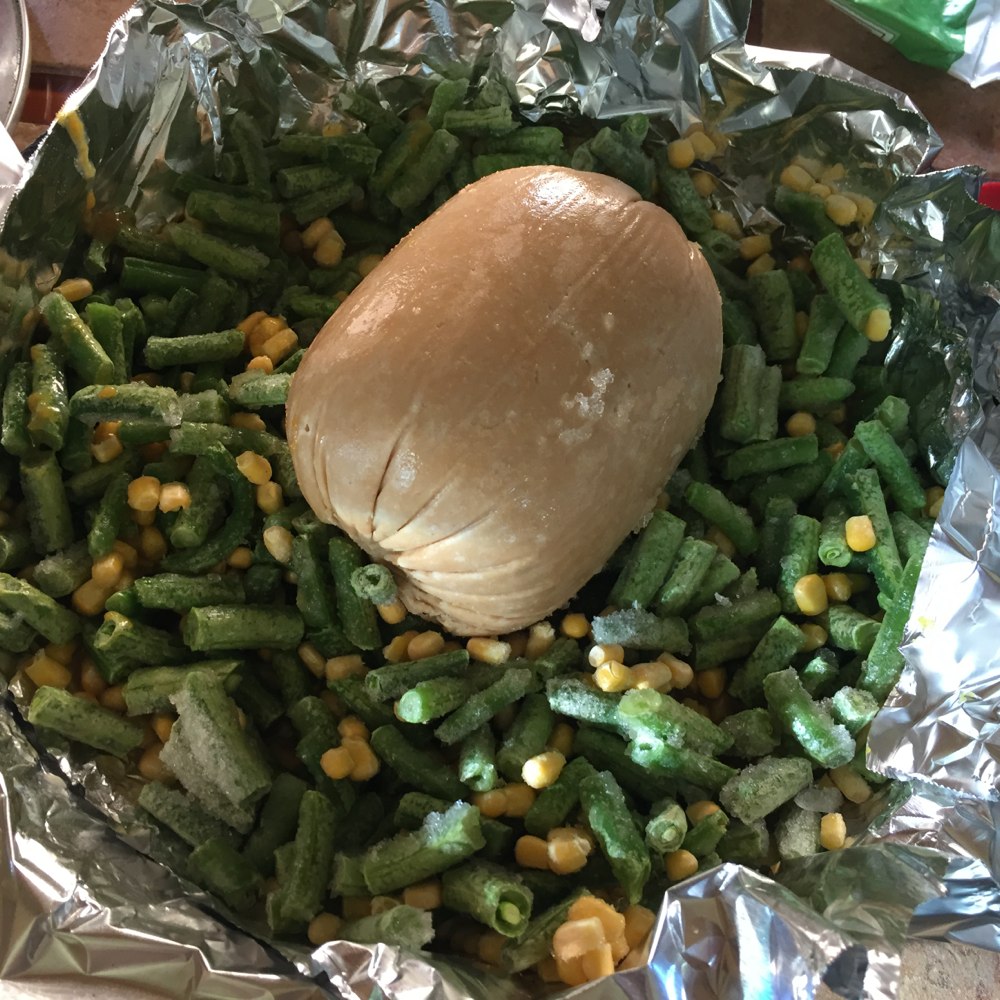 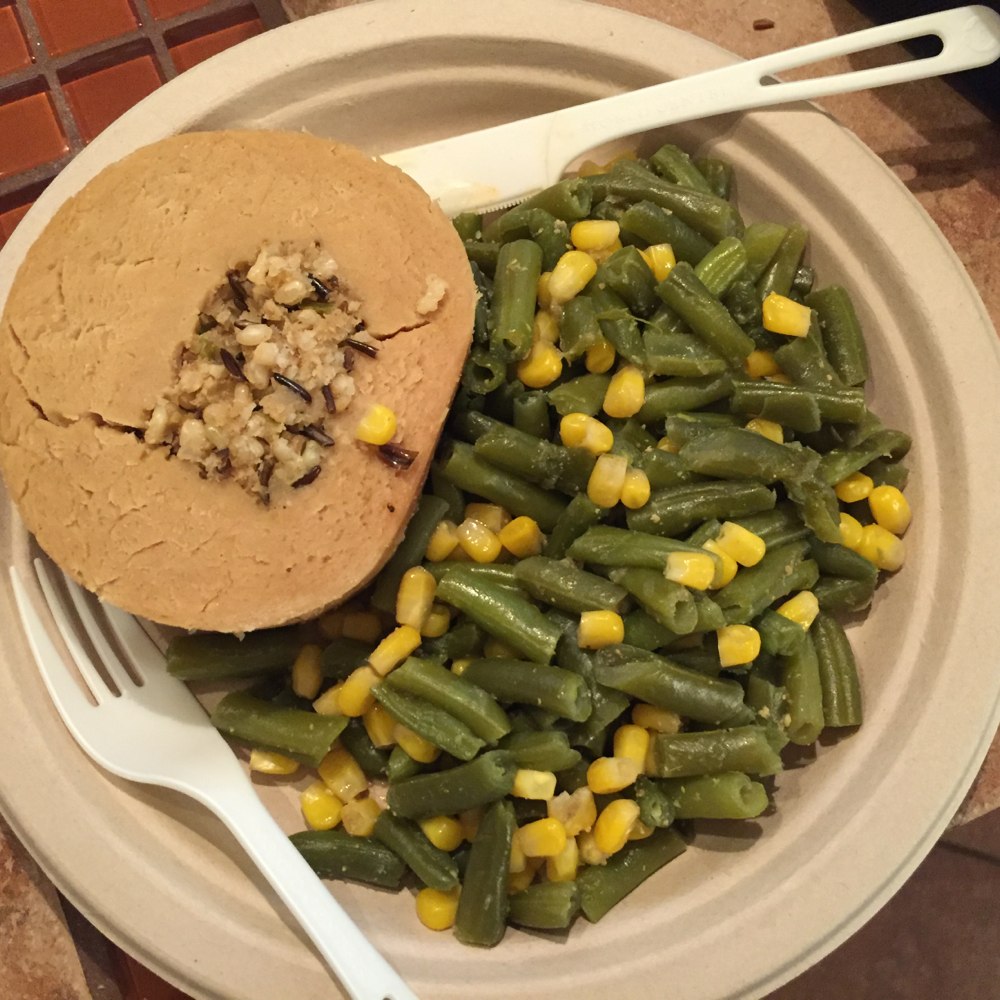