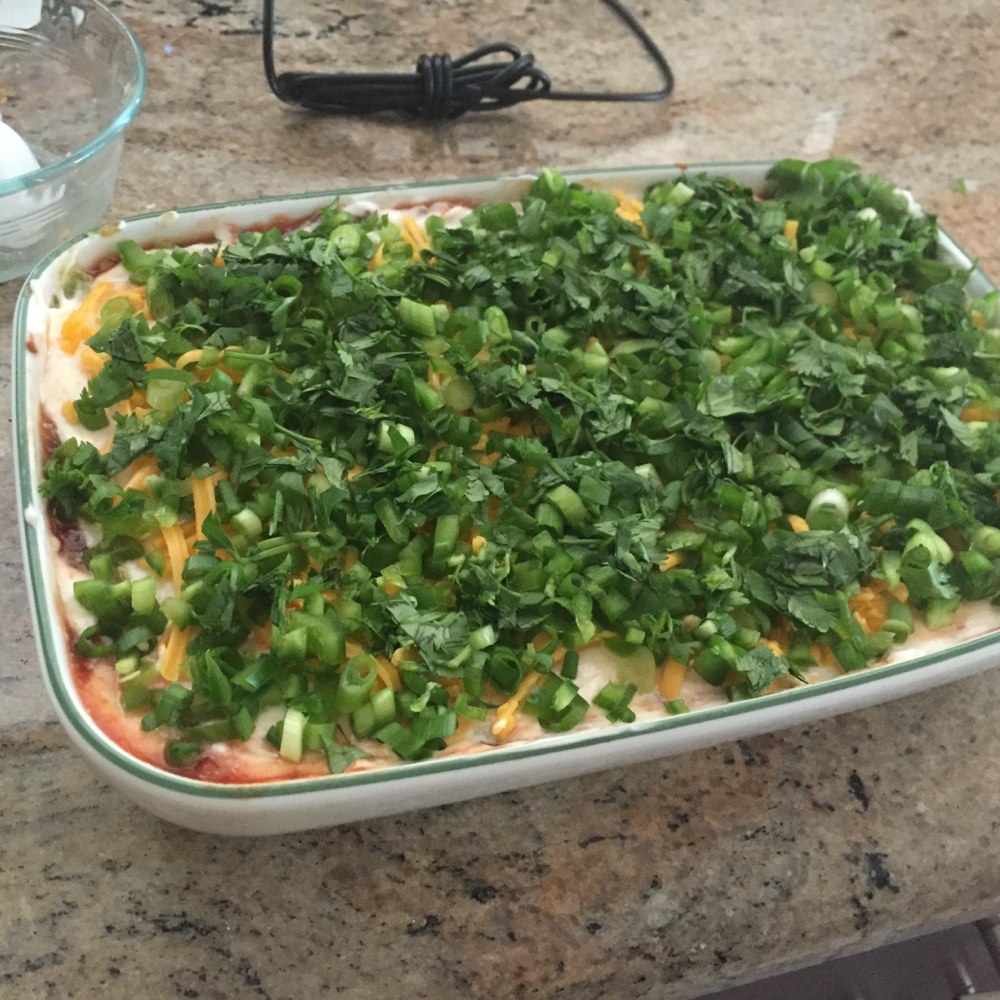 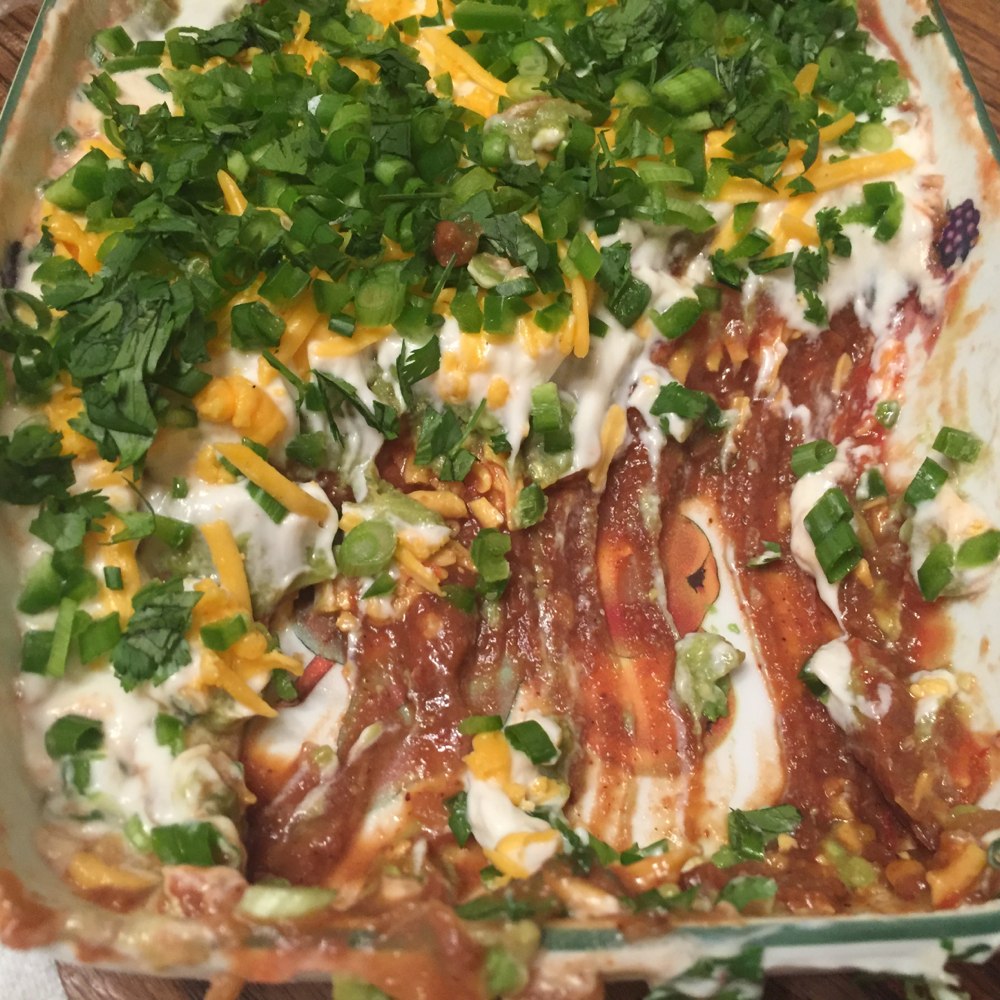 We were invited to a friend's house and Meredith decided to make 7(ish) layer dip. There were really 6 layers but one had different things. We skipped olives.

We based it very roughly on this Brown Eyed Baker (Local) recipe. Mostly just the order and the enhancement to the beans

They were, (in order)

It was really good. We would do this again