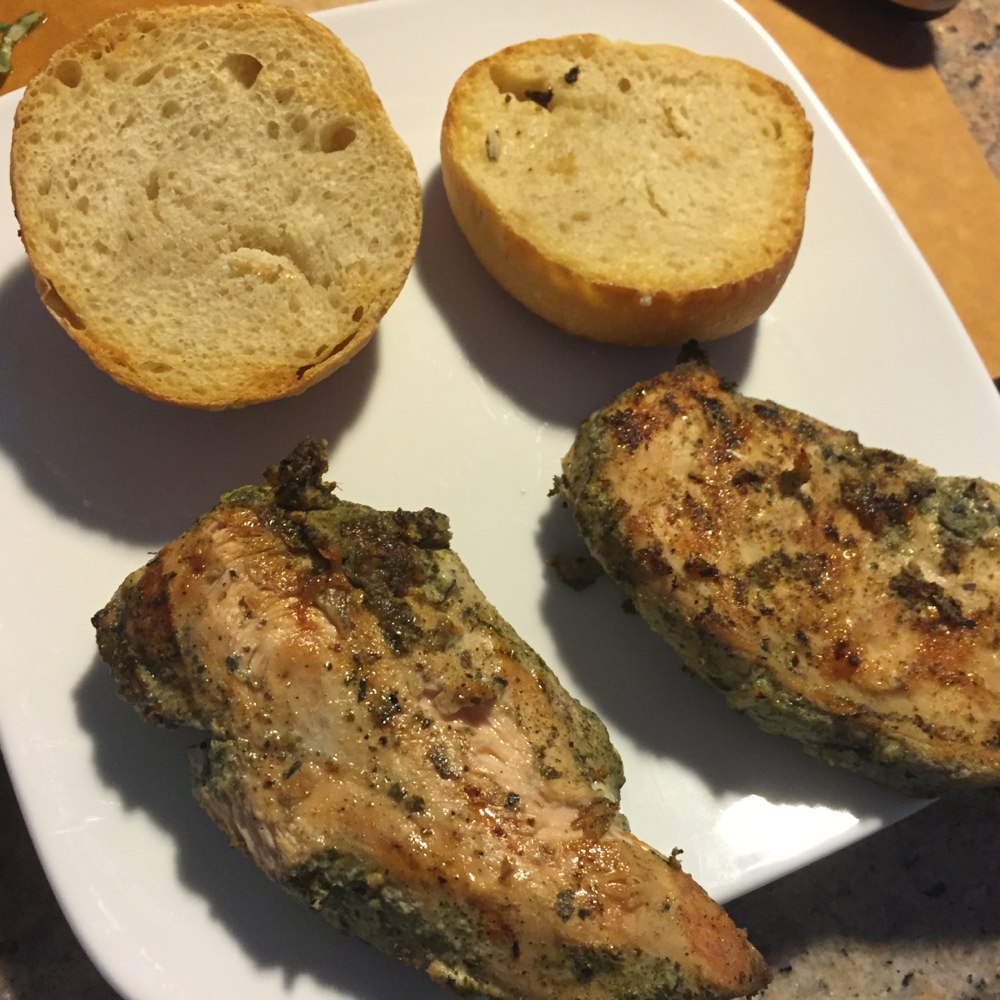 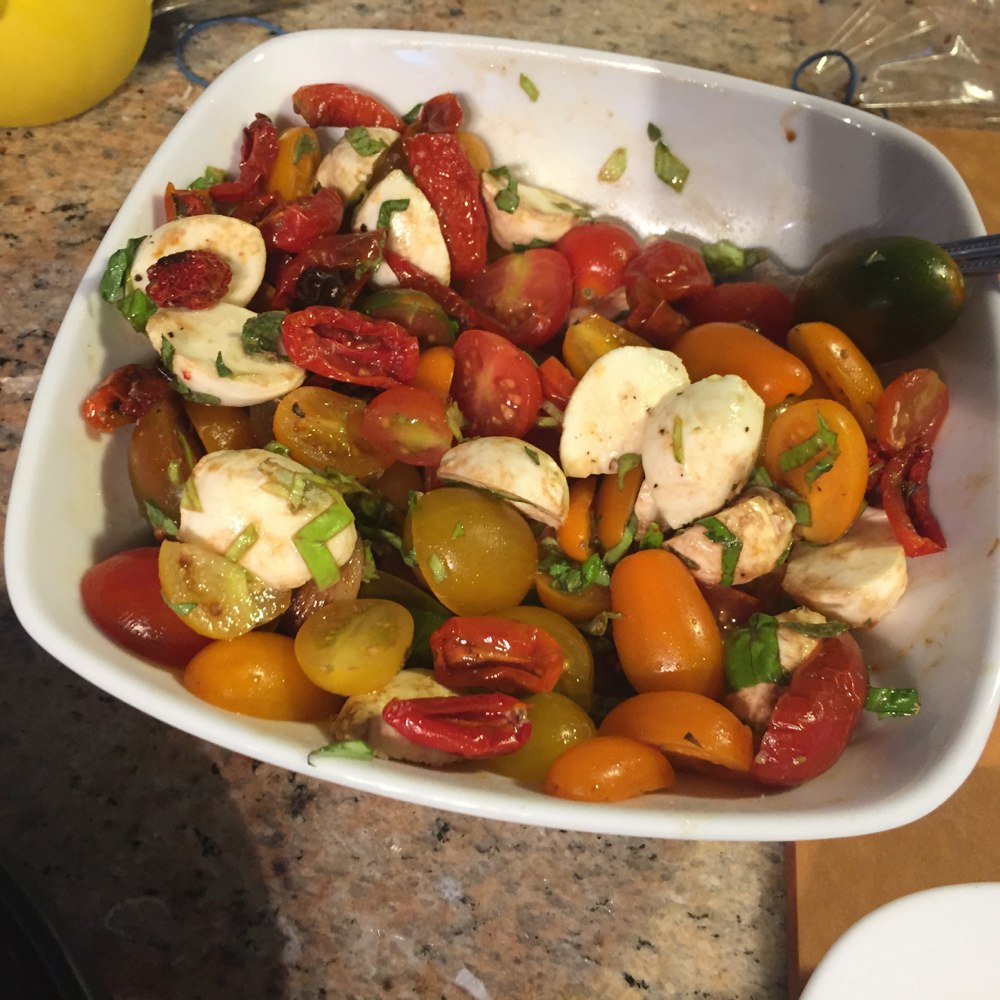 We again used the grill but went on the easy side. We bought the Trader Joe's Genovese Pesto Chicken: 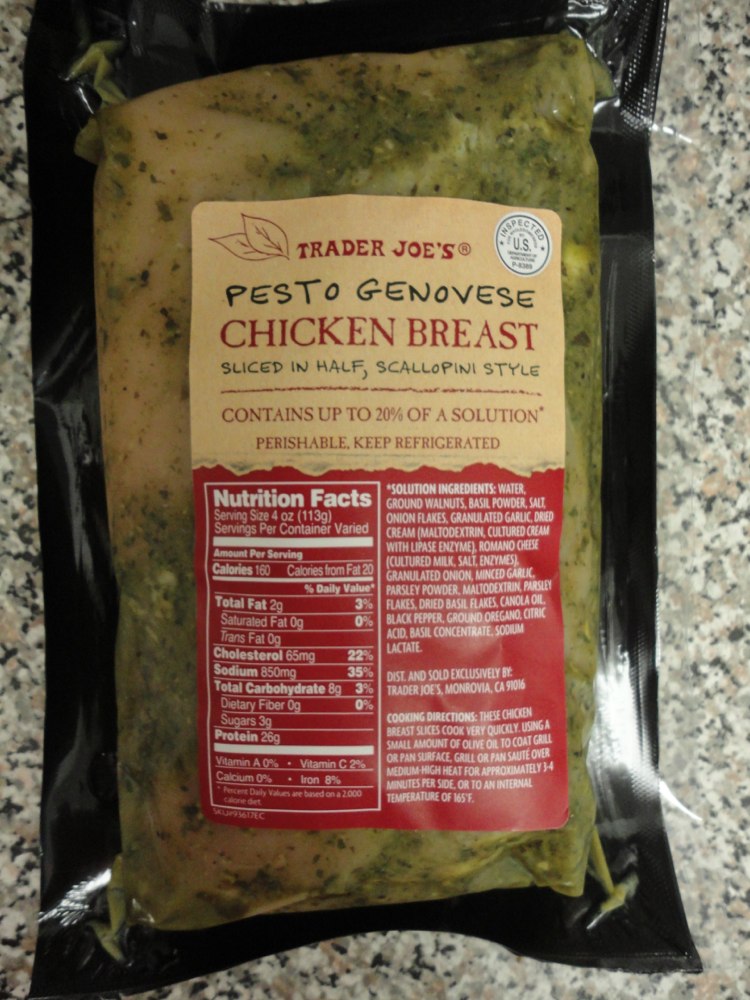 Sure, this was a bit cheating, but it was also a nice compromise between time and prep work. We followed rough the Weber suggested timings and did about 5-6 minutes per side over direct medium heat. (Meredith wouldn't let me use the meat thermometer so we went by feel. Haven't gotten sick yet!... yet...)

We actually didn't love the sauce. It was too lemony and tangy. I do like the idea, but we will try a different one next time. It was easy though.

Meredith also made caprese salad. We used fresh tomatoes and also some she made into "tomato confit". They had been getting super old and shrived but tasted fine. She halved them, added some salt, (maybe pepper), some fresh oregano1 plus olive oul. She baked it for around 2.5-3 hours at 270°F. They were more like oven dried tomatoes, though they were already pretty dry.

For the caprese, she mixed that plus mini mozzarella balls, salt, pepper, some balsamic vinegar, and olive oil. Finally, she topped it with some (garden) basil and more oregano.