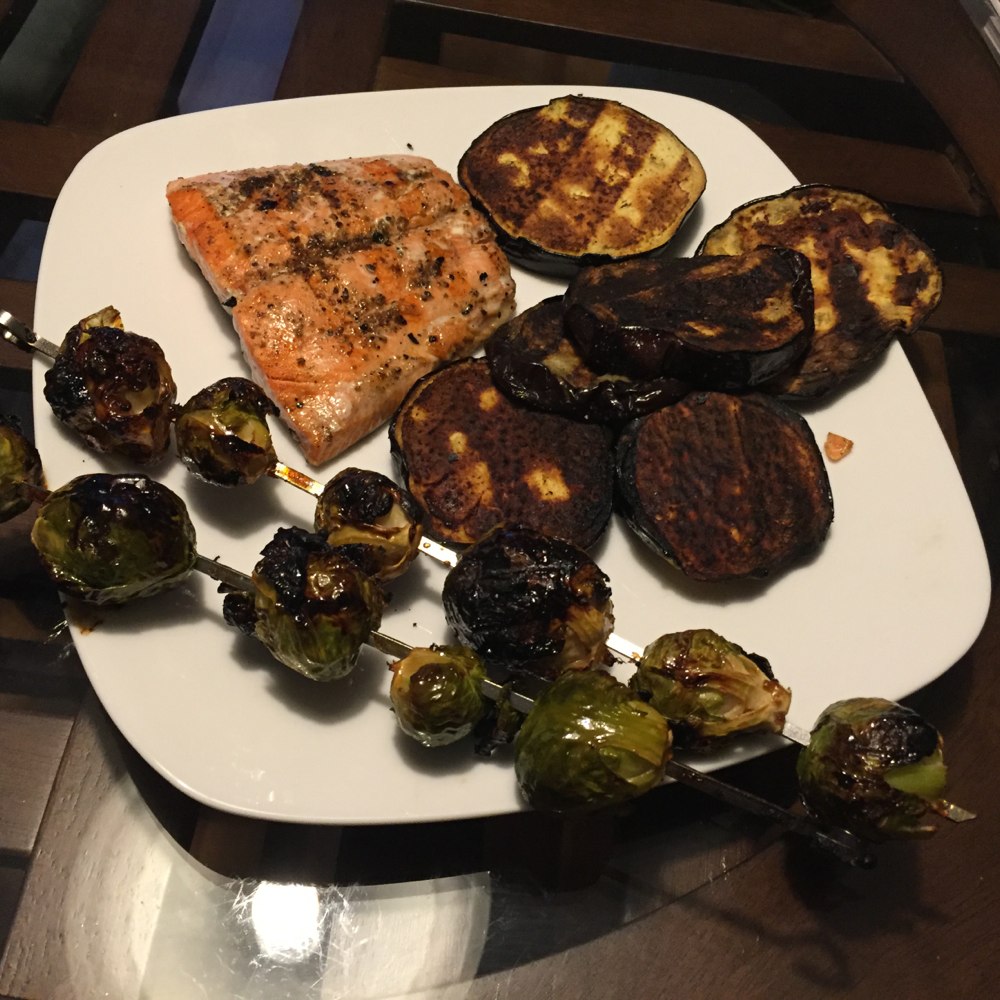 We grilled salmon and a bunch of other stuff. The salmon wasn't a big deal. We just put some Indian spices (from Manav's Mom) on the salmon and grilled it on high for a minute on the non-skin side then 5 on the skin. That is what we do when we sear it but it was probably a bit too long.

The real thing for this meal was the brussel sprouts. I put them on a metal skewer and then read some suggestions on how to cook it. Turns out that most thing suggest microwaving it for a little bit before skewering it. Well, I already skewered it and was stubborn so I decided to just steam it. I did about 10 minutes (though the lid was open a bit since the skewers were too long). Anyway, after they were on the skewer, I grilled them around medium to medium-high and I kept coating them in teriyaki from the other day.

At the same time, I was grilling the eggplant. I tried to not overcook them, but as you can see in the pictures, I still went a bit too long.

Overall, everything was good. The salmon was a bit overcooked, but the brussel sprouts were good. I would try it again but hopefully with more homogeneously sized ones so I can cook it better. And again, the eggplant should have cooked a little less hot (and maybe a little less salt). 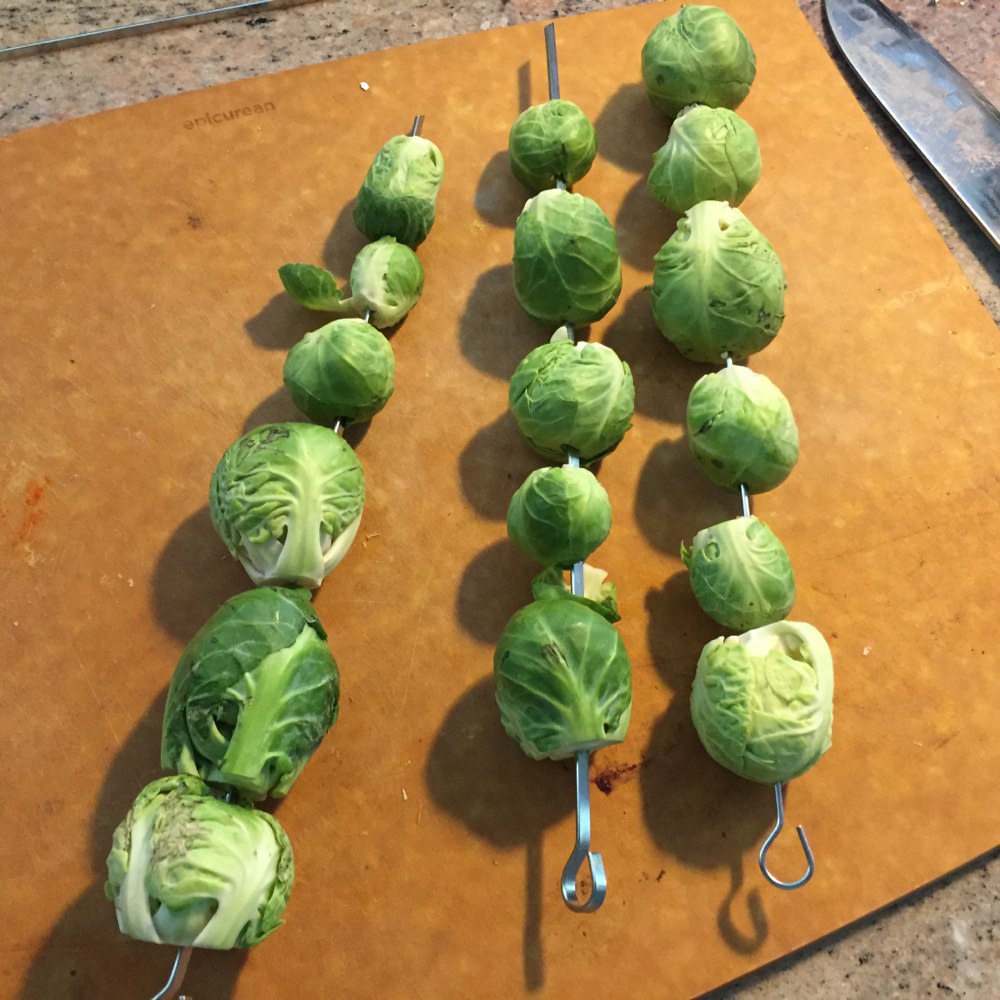 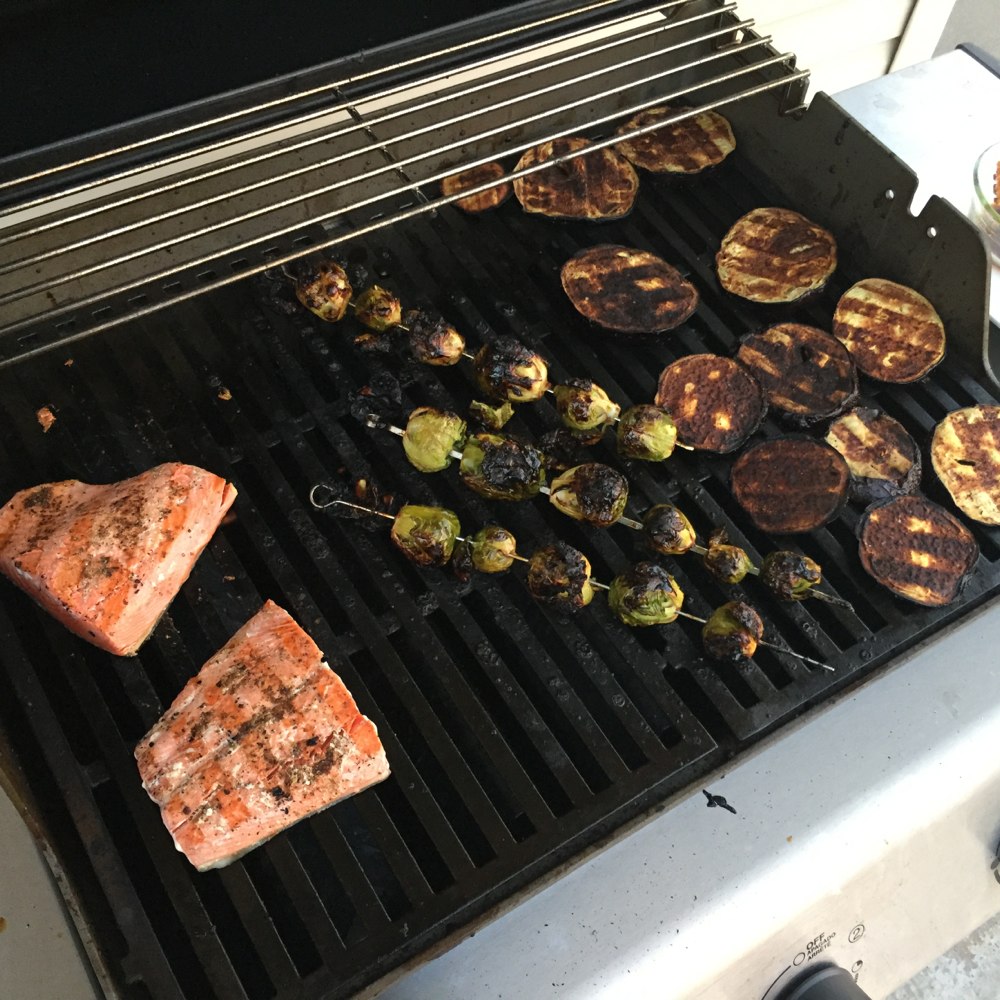