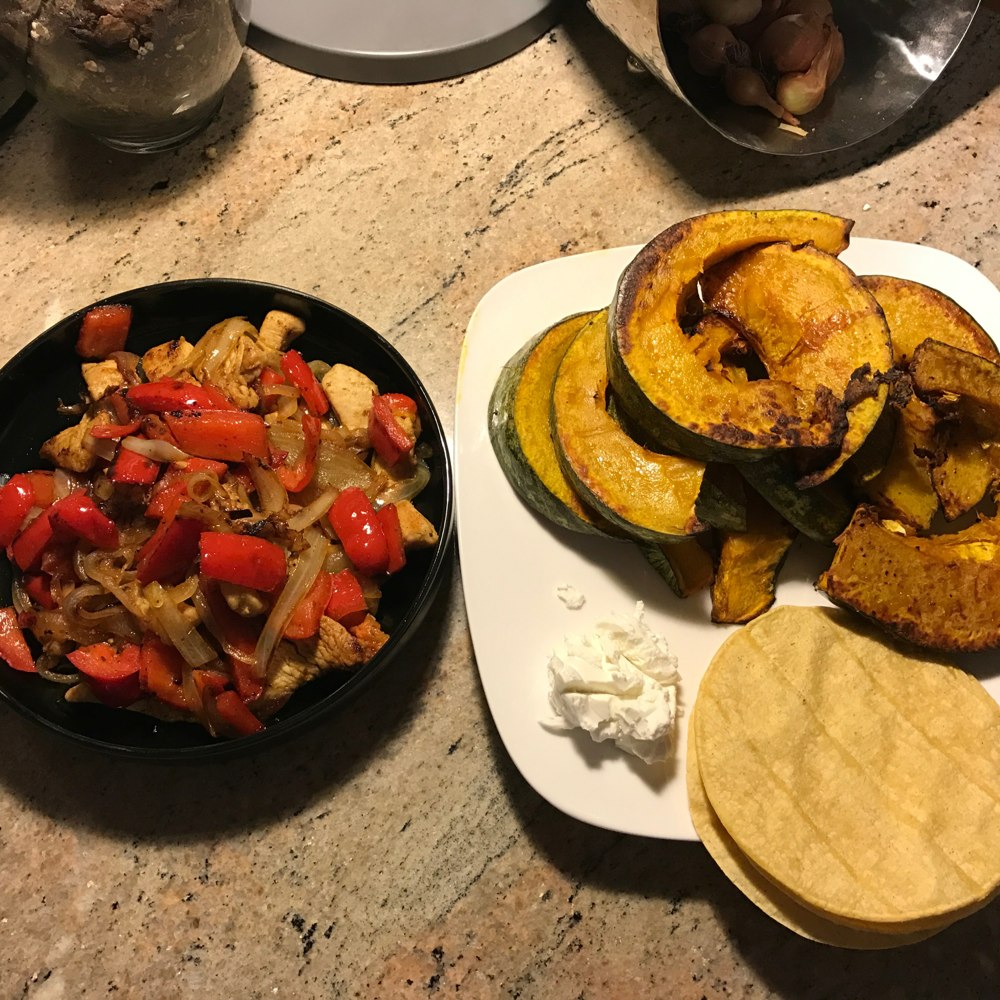 I made turkey fajitas, of sorts. I bought turkey cutlets which I cut up (raw) and tossed it with a bit of oil, salt, pepper, cumin, adobo powder, and a bit of ground up ghost peppers. After it was tossed, I cooked them on their own in the pan and then set them aside.

I then sautéed up an onion and two red peppers. It was a bit boring since I didn't use anything else such as other peppers. I just let those go and used the same seasonings as above and let it go until the kabocha squash was finished. I packed half for lunch tomorrow. I also had it with a bit of goat cheese leftover from the other day.

I did the kabocha the usual way: 30 min at 400°F, flipped half way. It was a big squash so I only ate half and packed the rest for lunch. 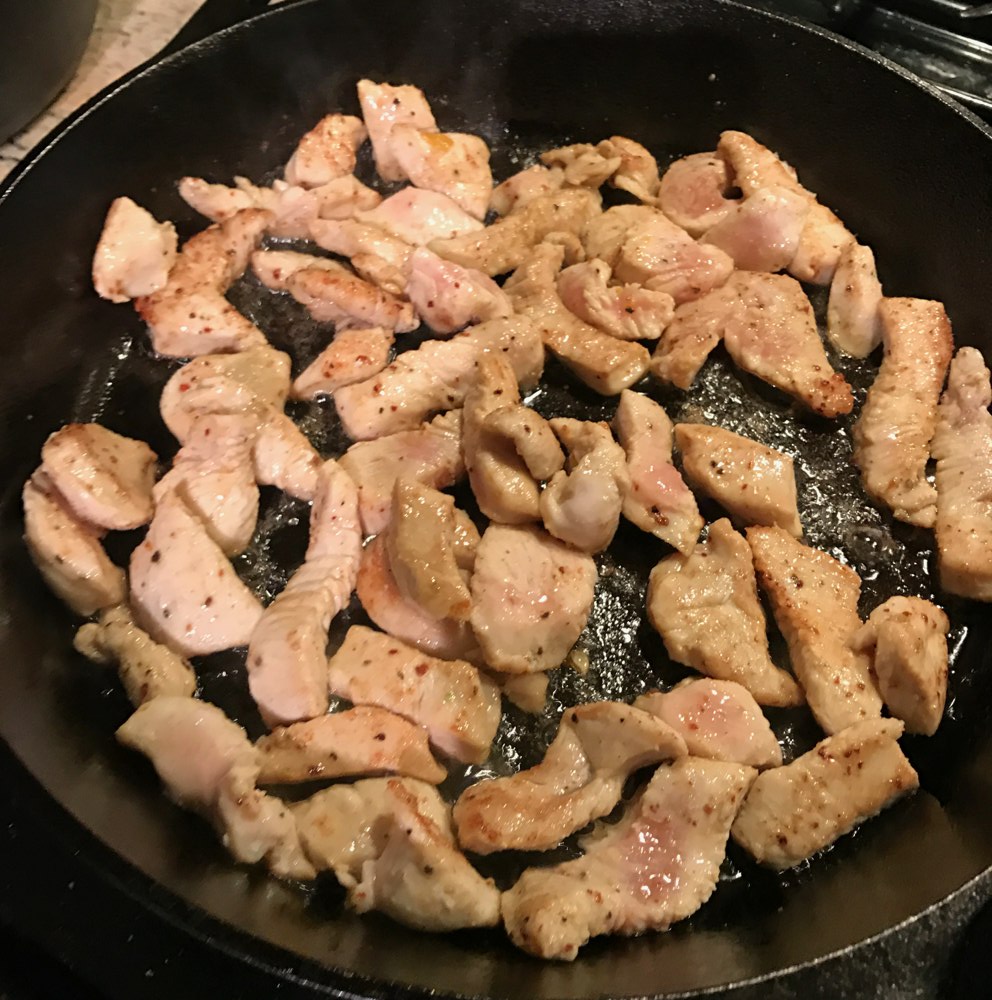 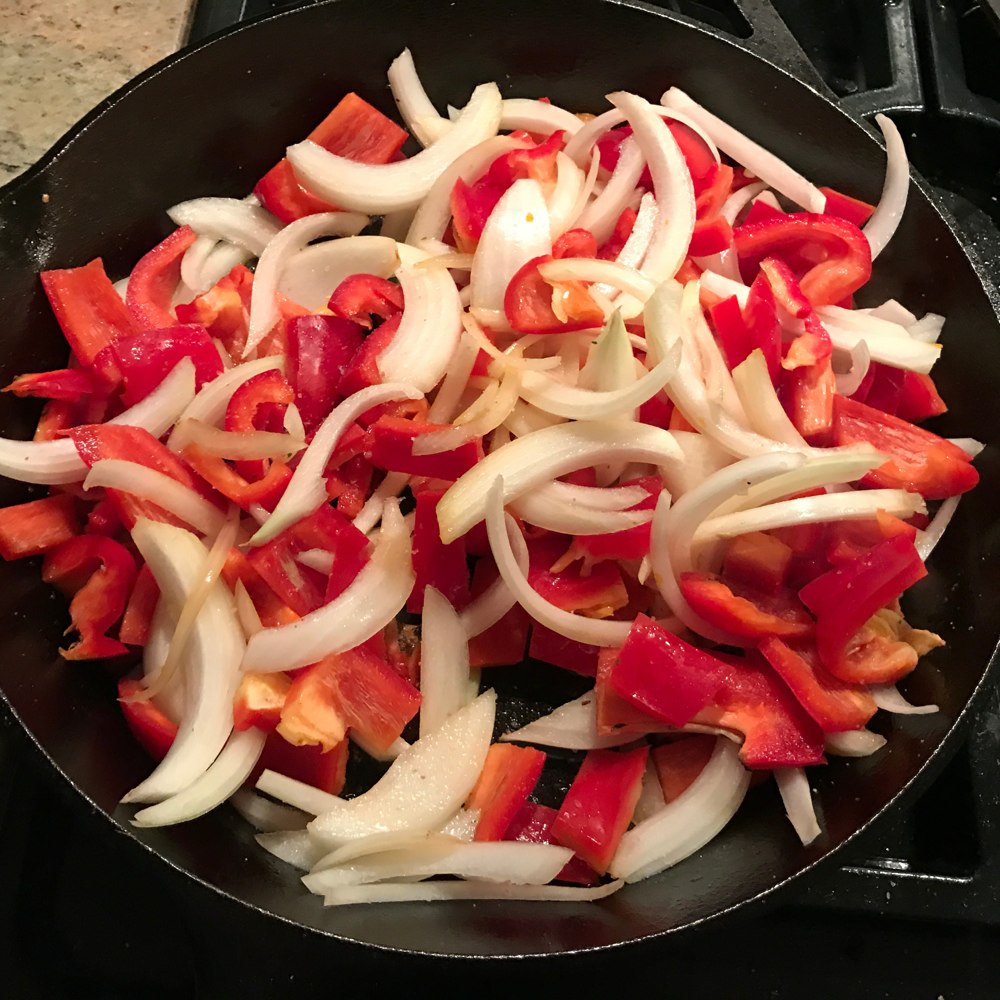