We made Hasselback tater "tots" (they aren't really. I prefer mini-hasselback potatoes) with our regular Patatas Bravas sauce. There really isn't too much special about our meal. It was really good but we didn't have to do much to recipe!

I did like the change with the potatoes. It was fun and they were good.

Oh, and we topped it with a fried egg (which oddly drooped in the above picture). 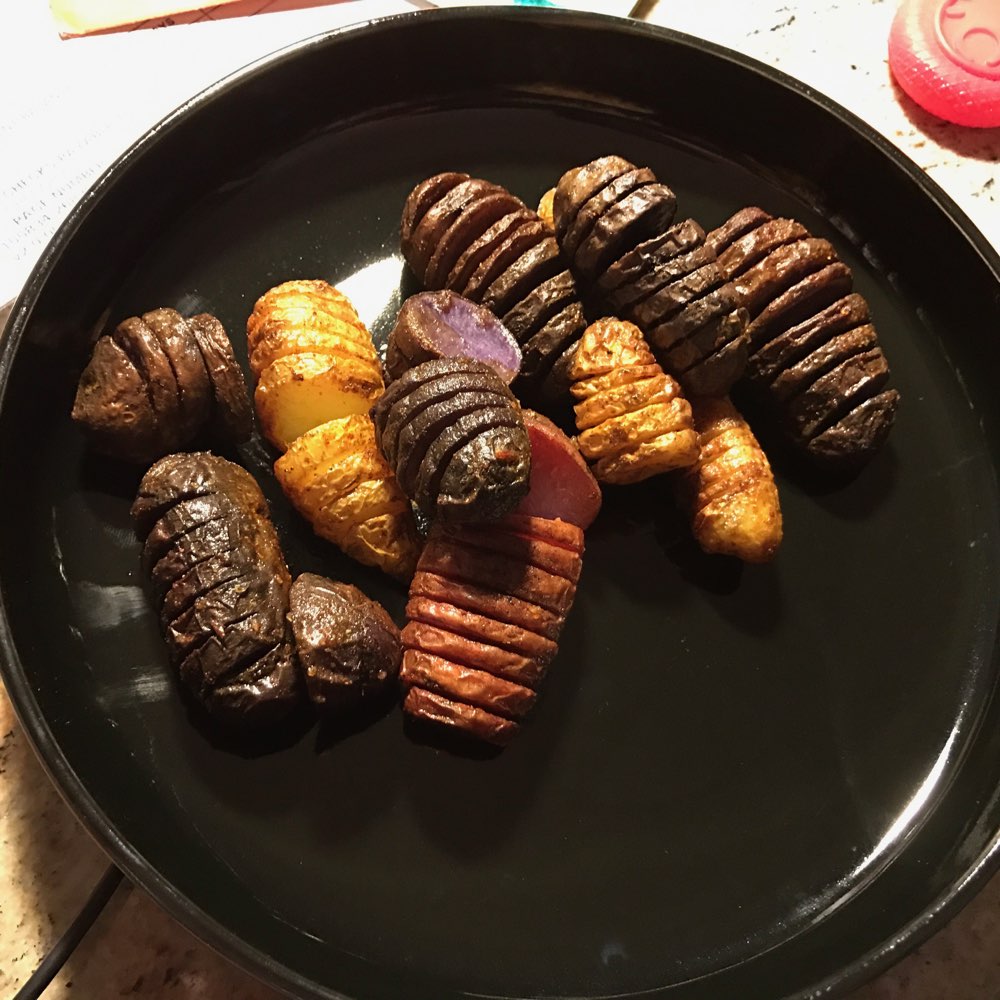