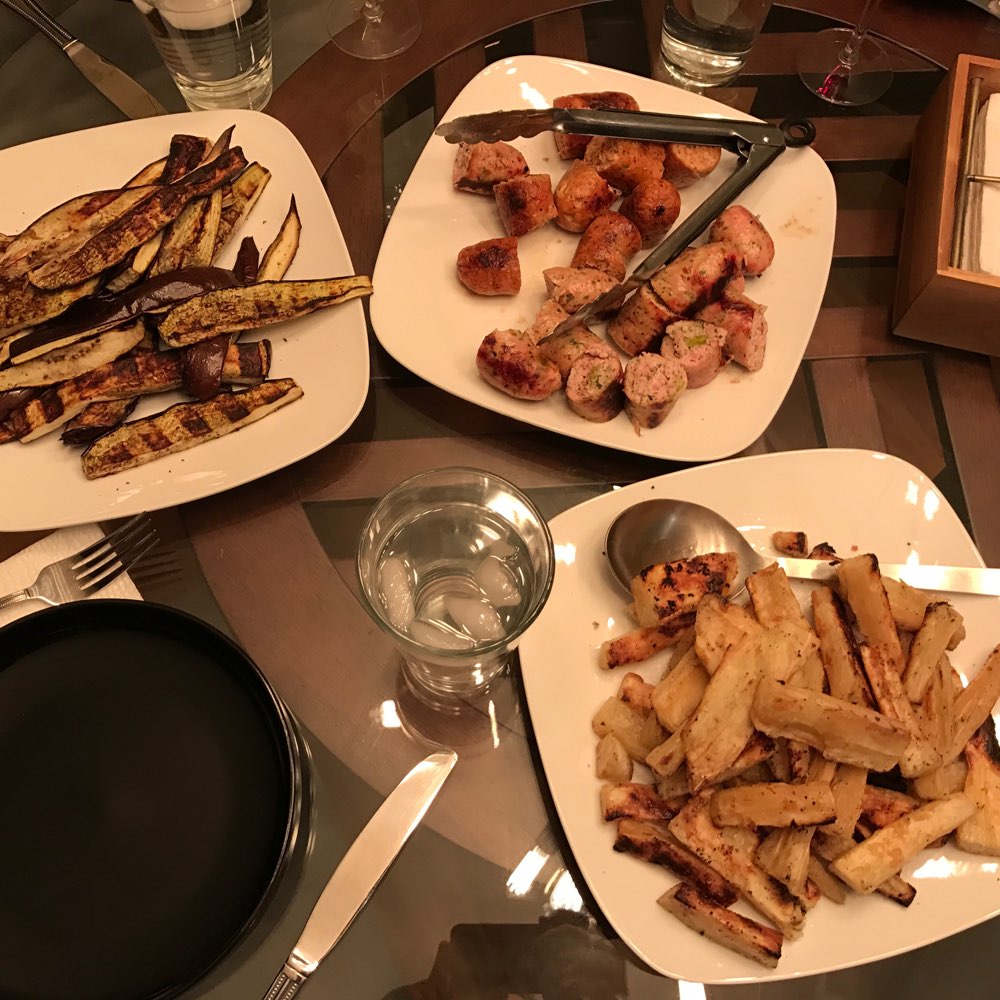 I grilled a bunch of food for Meredith's parents who were visiting. There were two types of sausage, both chicken based and from Sprouts. I think they were green-chile and something else salsa related. I just grilled them, probably for too long. I think you're supposed to par cook sausage so that it doesn't spend so much time on the grill. I should look into that since these were a bit dry.

The eggplant was pretty typical.

The real "new" thing was grilled yuca. I had been using yuca a few times, but I decided to grill it. I read a few things and the general consensus was to simmer it for about 30 minutes and then finish it on the grill. I cut up two yucas, but one was really on its way out. I ended up cutting out a lot of chunks that were soft.

I do not think I would rush to gril it again, though it did seem to work fine in cooking it.