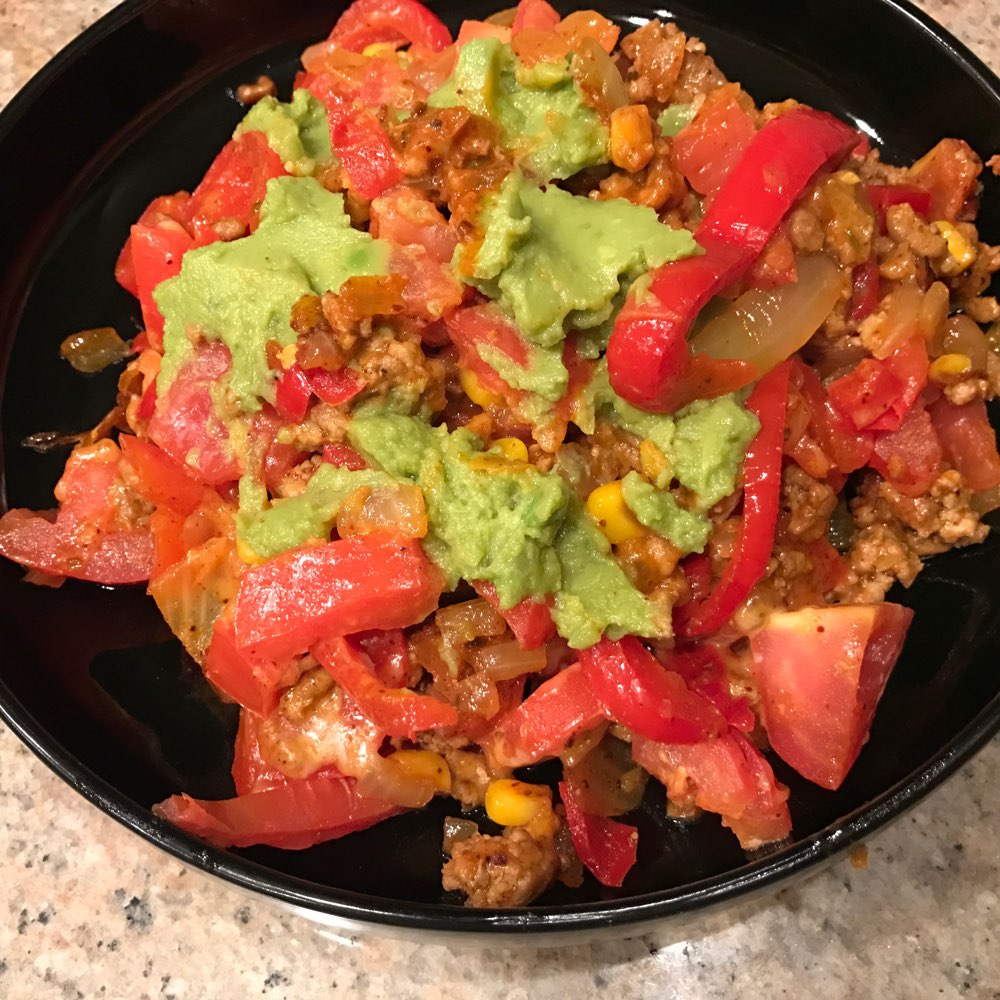 Meredith and I made Turkey Taco Skillets as we did on 2016-08-30. As we stated then, we just cut the pepper very thinly.

We also again did something like double the recipe. I think the only other real change we made was the use frozen corn and a lot less of it. For the tomatoes, we squeezed them out to reduce the liquid and seeds. I am not sure if that really counts as deseeding them, but we didn't want to lose too much.

Also, I think we ended up with a bit more cheese than we would have otherwise since I added cheese, realized I forgot the tomato, decided to add that, stirred it, and then added some more. But I also liked how it gave it a good consistency.

The flavors were really good too. I bet we could just se this as a fajita seasoning in the future too. We also topped it with pre-made guac!

Ours made about 3-4 large servings which was perfect.