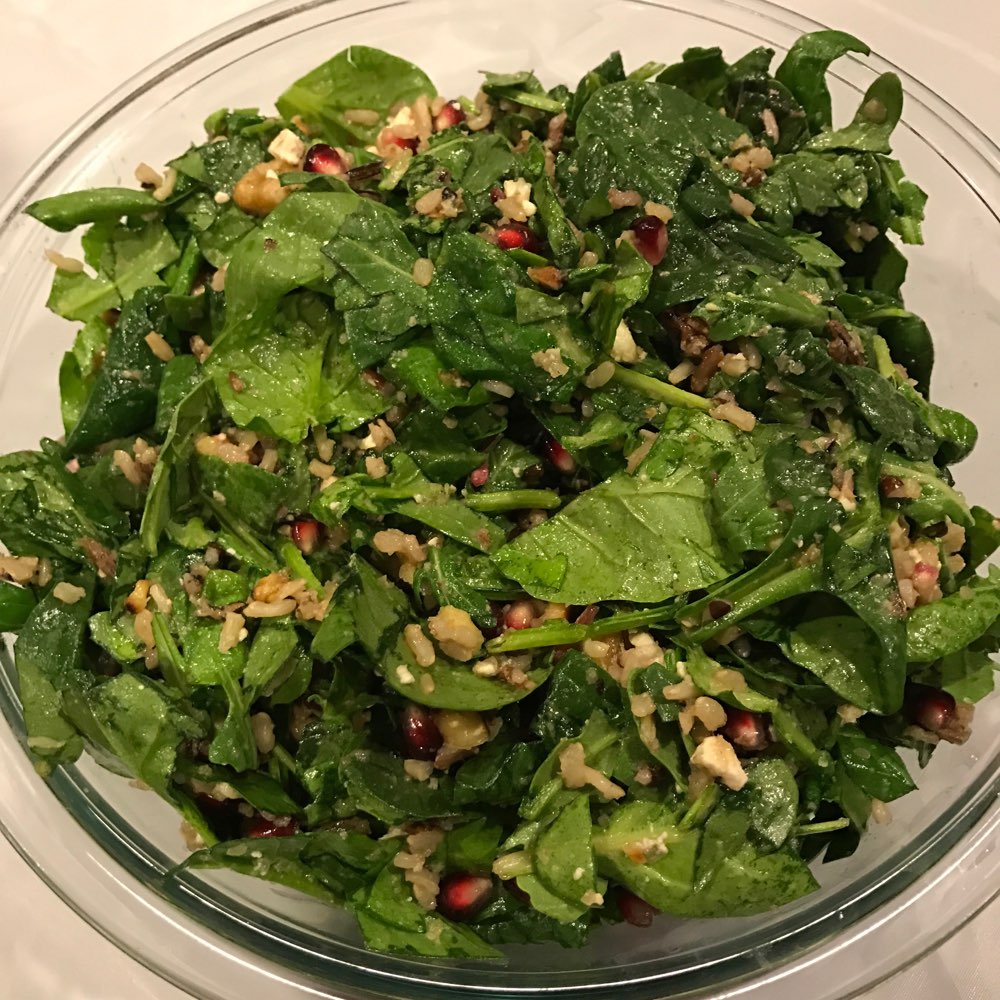 We were invited to a Halloween party (Meredith's cool Halloween drink in a separate post) and we wanted a good but healthy option to eat while there. So we decided to go with the Pomegranate, Kale, and Wild-Rice salad we've done a few times before.

I followed the recipe pretty closely with only a few minor changes. I did the trick with the rice where you toast it a bit first. I sautéed it with some butter before adding the water. I also used a bit of butter while doing the shallots. I went heavy on the walnuts and (lite) feta and used a ton of salad.

I followed some guide on the rice that said to do about 4:1 (

As you can see in the photo below (all but the walnuts visible), it filled the bowl. Mixing it was really hard but I got it by moving it between two bowls. I also then took out an Alaskan Ulu and used that to chop the salad. That helped a lot! It was much easier to mix and I liked the consistency (Not really sure if the ulu was intended for use, but it did the job!).

The salad was very good. And we had tons of leftovers making for a nice lunch the next day (with a salmon or chicken burger for more protein). 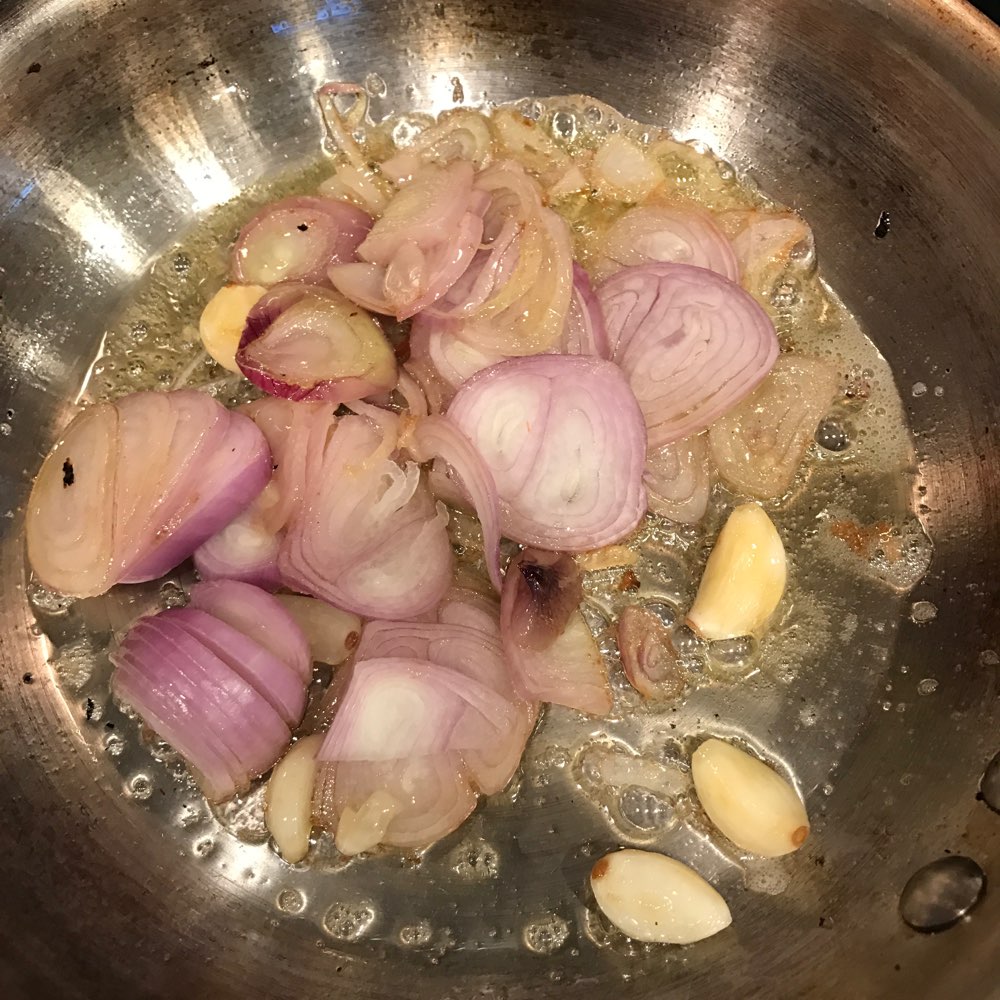 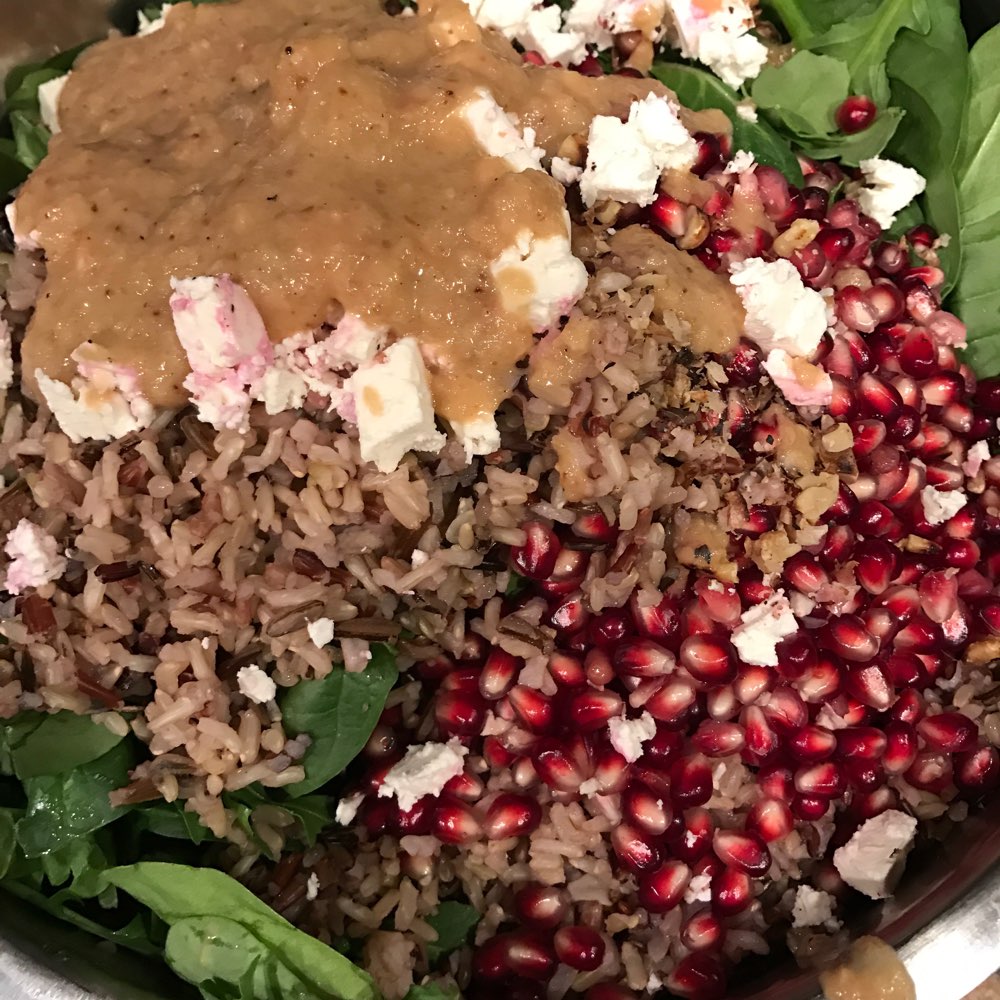