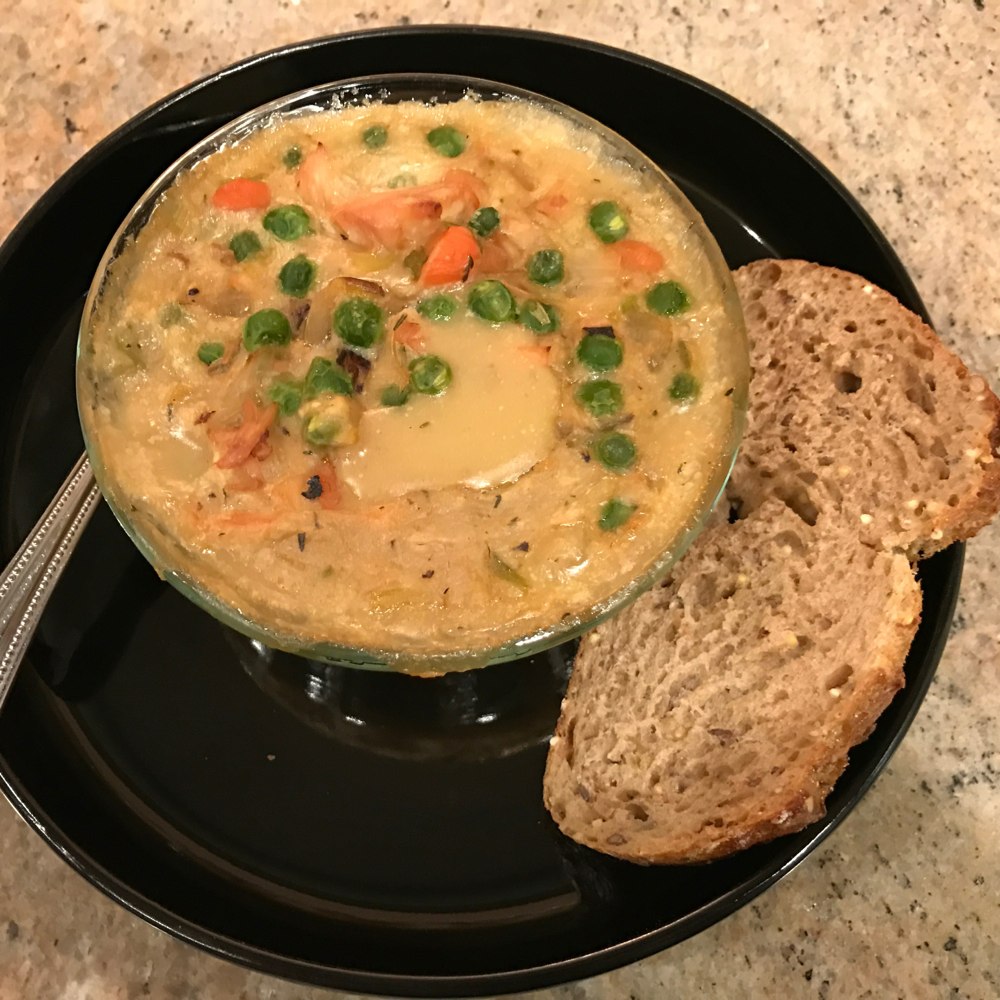 I made the pretty standard chicken pot pie with only a few modifications. We had a few extra leaks leftover so I used them along with a packet of green chile. Since there was already the green chile, I skipped the Franks and added some apple-cider vinegar (we were out of lemons). Finally, I added a bit of worcestershire sauce for more savory flavors.

I think that is about it. It was really good as usual. Served it some sliced bread to make it a really nice meal.