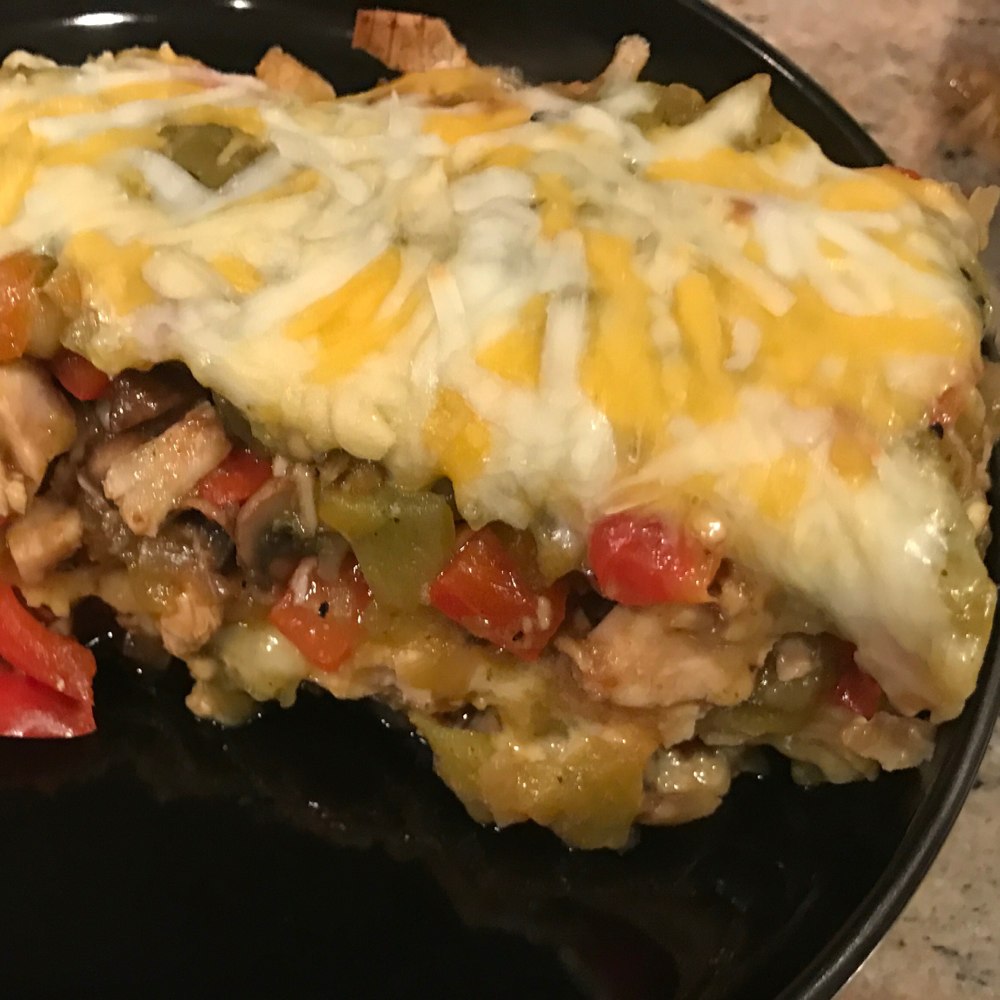 Meredith and I teamed up to make chicken enchilada "lasagna" similar to last time. Meredith started it with half an onion and two red bell peppers plus cumin1, salt, pepper, and garlic powder.

We had to take a break in the middle because of a dog emergency. When we got back, I finished it by adding mushrooms, chicken (around 1 pound) and green chile.

I added a bunch of canned green chile (505 Brand -- and not the sauce, just chile). I added some to the mix of chicken and stuff and then when I was layering it, I added a very thin layer. The layers were two corn tortillas, chicken mix, green chile (again, light on it) and then lite cheese. I made two of them.

I liked this though I think I liked the flavors more last time (though Meredith disagrees). It was also a bit spicy!