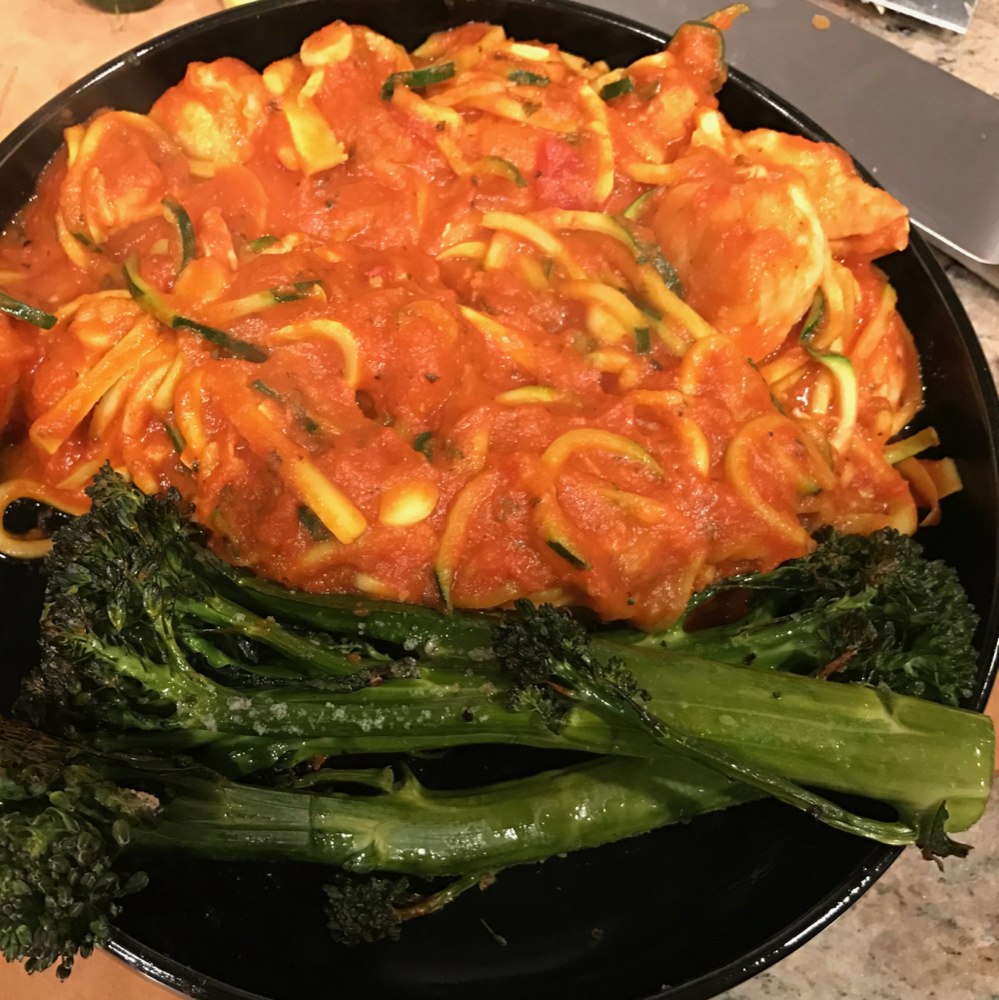 This was a quick meal. Meredith had the idea to use up the rest of the vodka sauce. We had some chicken tenders so we cut them up, tossed them in some flour (with salt and pepper). I heated up some oil with a little bit of butter and sautéed it for a bit. When it was close to being finished, I tossed in the rest of the sauce and some zucchini noodes (there wasn't much left but it was enough). I let that simmer for a bit

We also roasted some Broccolini with just salt and pepper and roasted at 400°F for about 18 minutes.

I liked it enough. I think we should have used a bit more salt on the chicken and maybe a little less sauce.