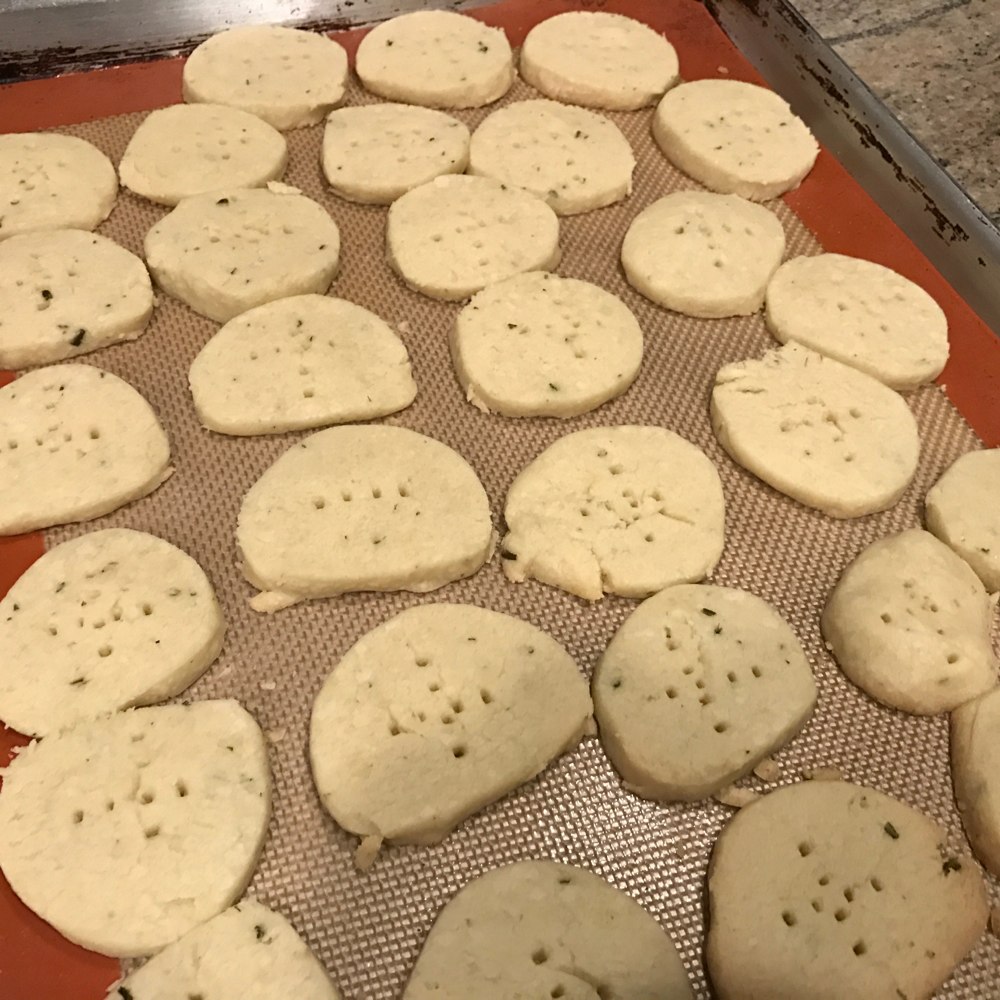 (I only took a photo of it before cooking)

Meredith and I made Rosemary Shortbread for our respective work pot-lucks. We used the same recipe (with rosemary) as the first time (and our unsuccessful last time). We used fresh rosemary from the garden.

We doubled the recipe which was a bit of work but it eventually came together.

I do not know if it needed more rosemary of what, but we didn't think it was as good. It wasn't bad per se, but didn't have the strong, earthy flavor we liked so much before. Also, I think it needed to be cooked a tad bit longer.

We again tried like last time to roll it out and slice it (and baked it on silpats) but thankfully, it didn't spread out as much!

We also skipped the egg wash and sugar on top. I do not think that made too much of a difference but Meredith liked how it looked more without it.