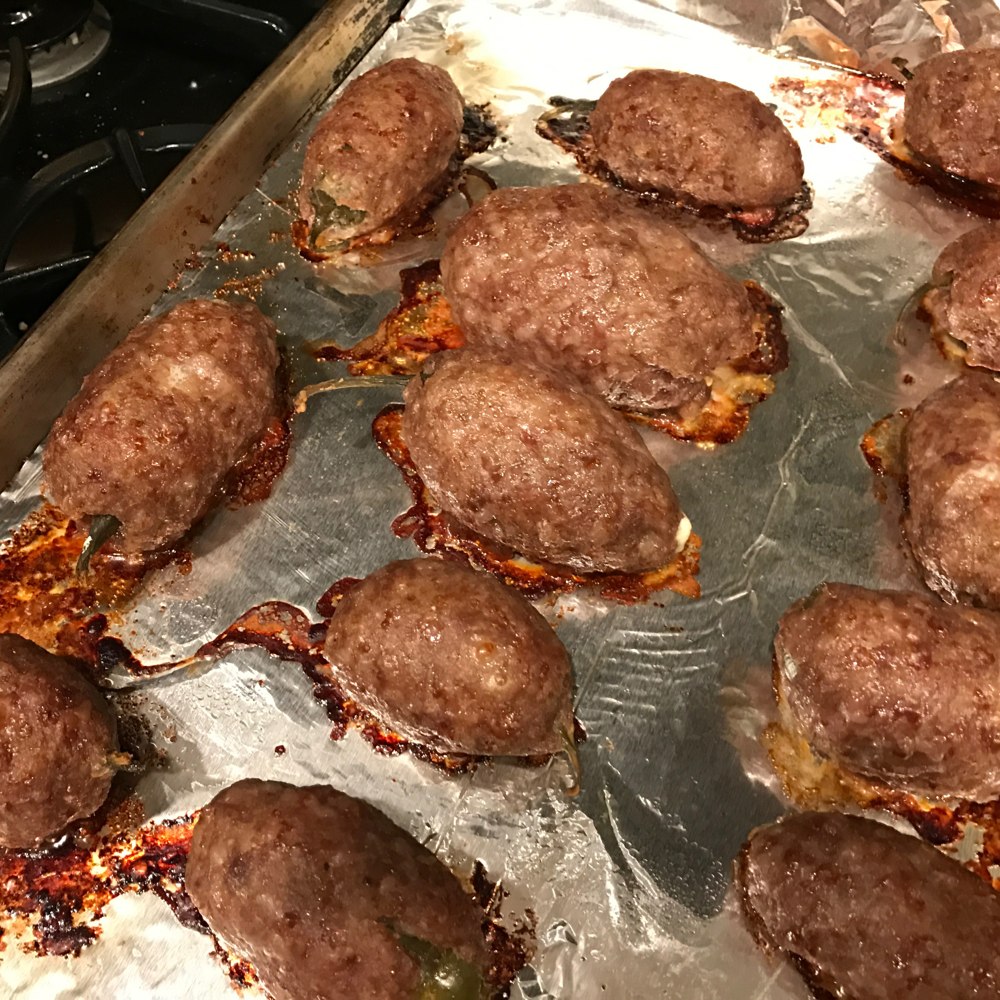 Meredith and I made Armadillo Eggs, one of her favorite christmas foods from home. We made them for a potluck later in the week.

It is basically stuffed pickled jalapeños surrounded by maple sausage.

Meredith's Mom wrote up some instructions HERE (but we're not sure about the times and temp).

We followed that pretty closely. It was kind of hard to do and took a two pounds of sausage to cover the jalapeños from the one can. I think we did it pretty well and close to the recipe though we had to cook it for much longer.

Some of them seemed to explode a bit. We may have not done a good job with cutting them and/or sealing them. Or, it may have to do with trying neufchatel instead of cream cheese. 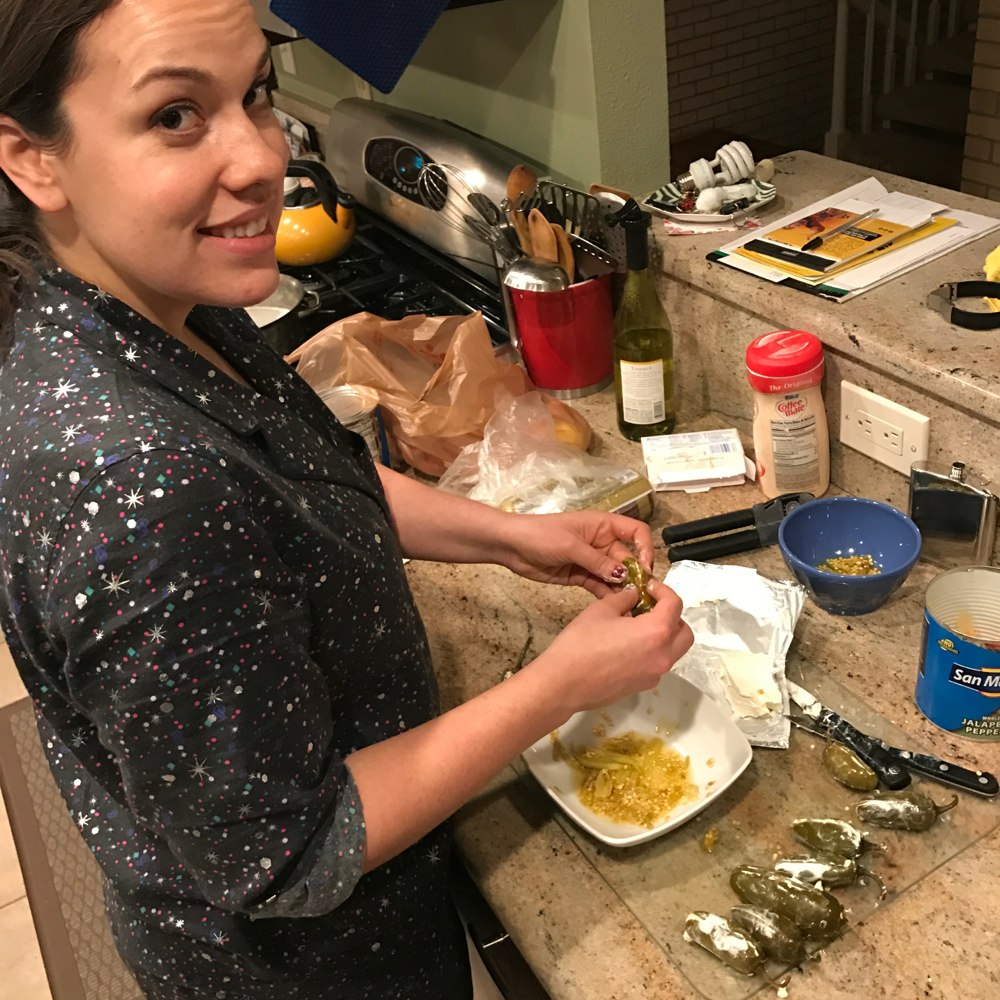 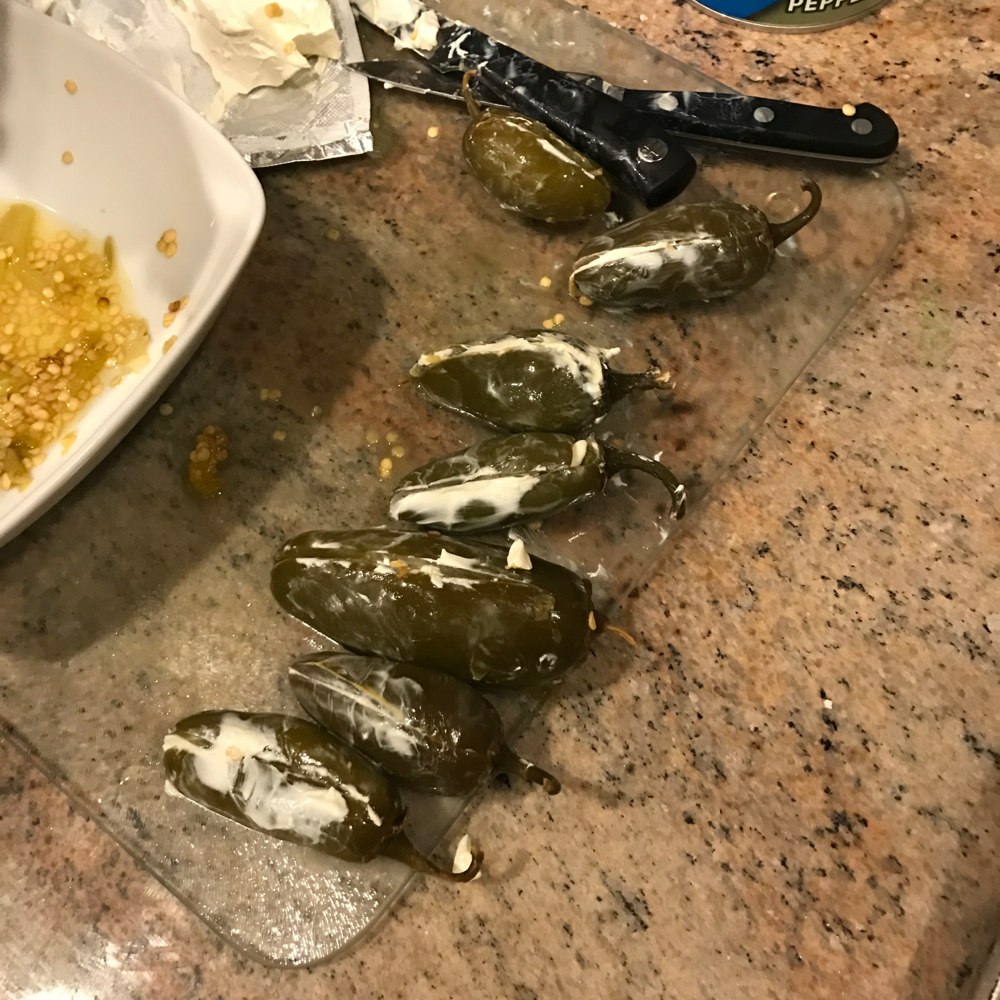 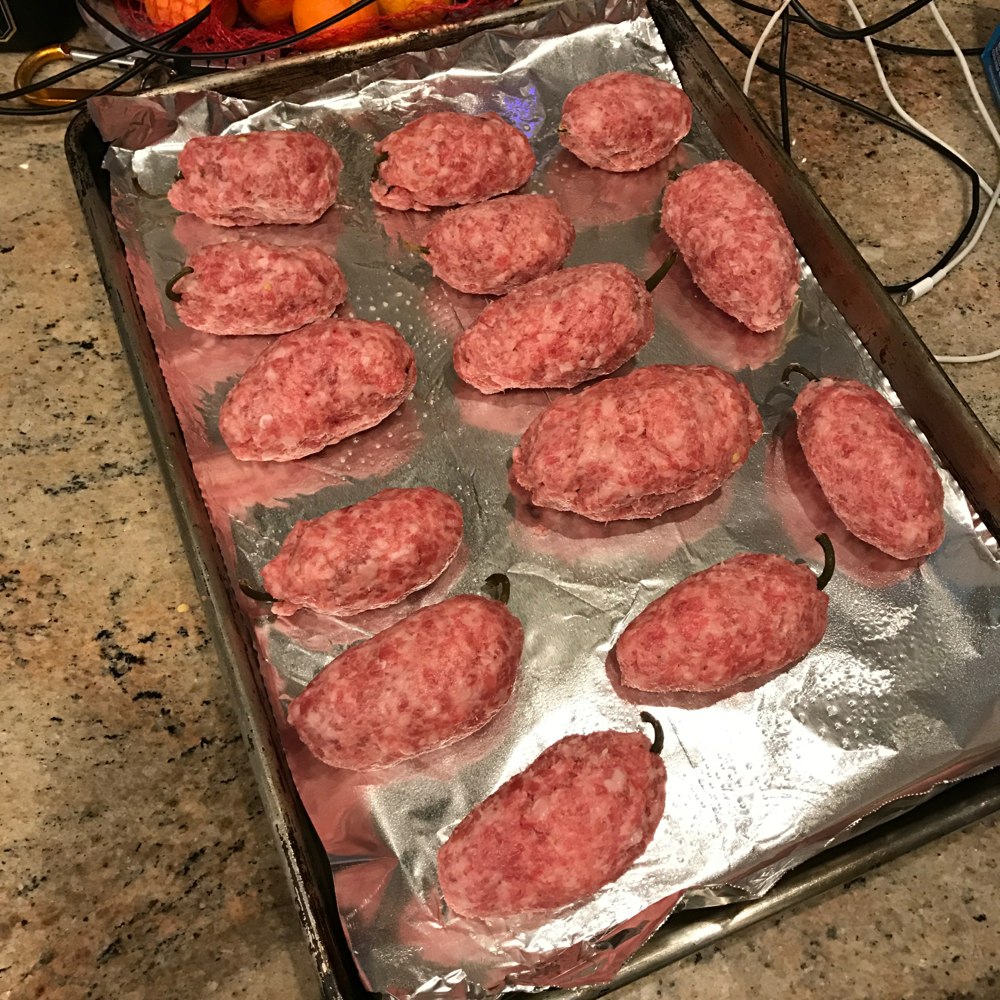 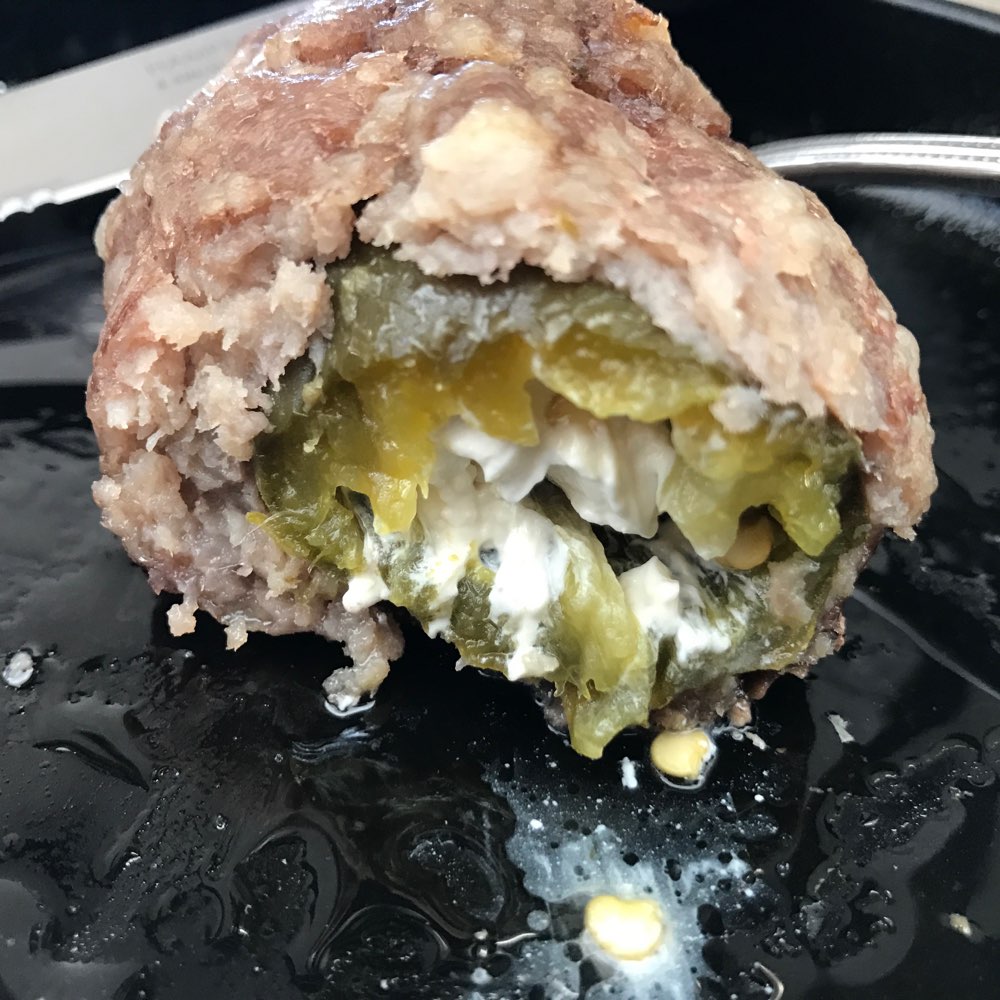