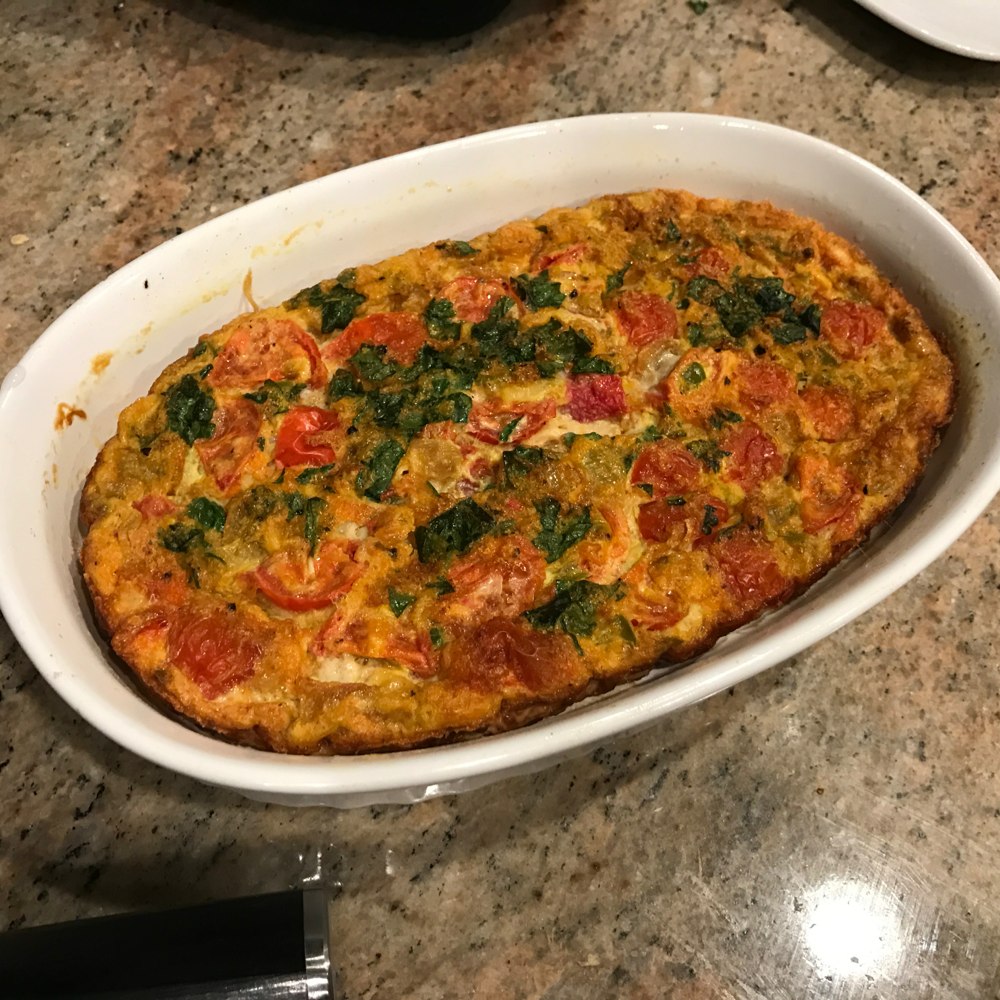 Meredith made a big thing of Egg Bhurji in a casserole form to be prep-ahead breakfasts for whole30. She followed the recipe pretty closely except went heavy on the ginger. We also don't know exactly how much egg we used. Probably a bit heavy on them but that's fine.

We also realized, after the fact, that there was soy lecithin in the pam but we decided that there was such a little amount that we would still eat it, but not use it again.

It worked out well as a breakfast thing. It's a lot of chopping, but we'd prep it again.