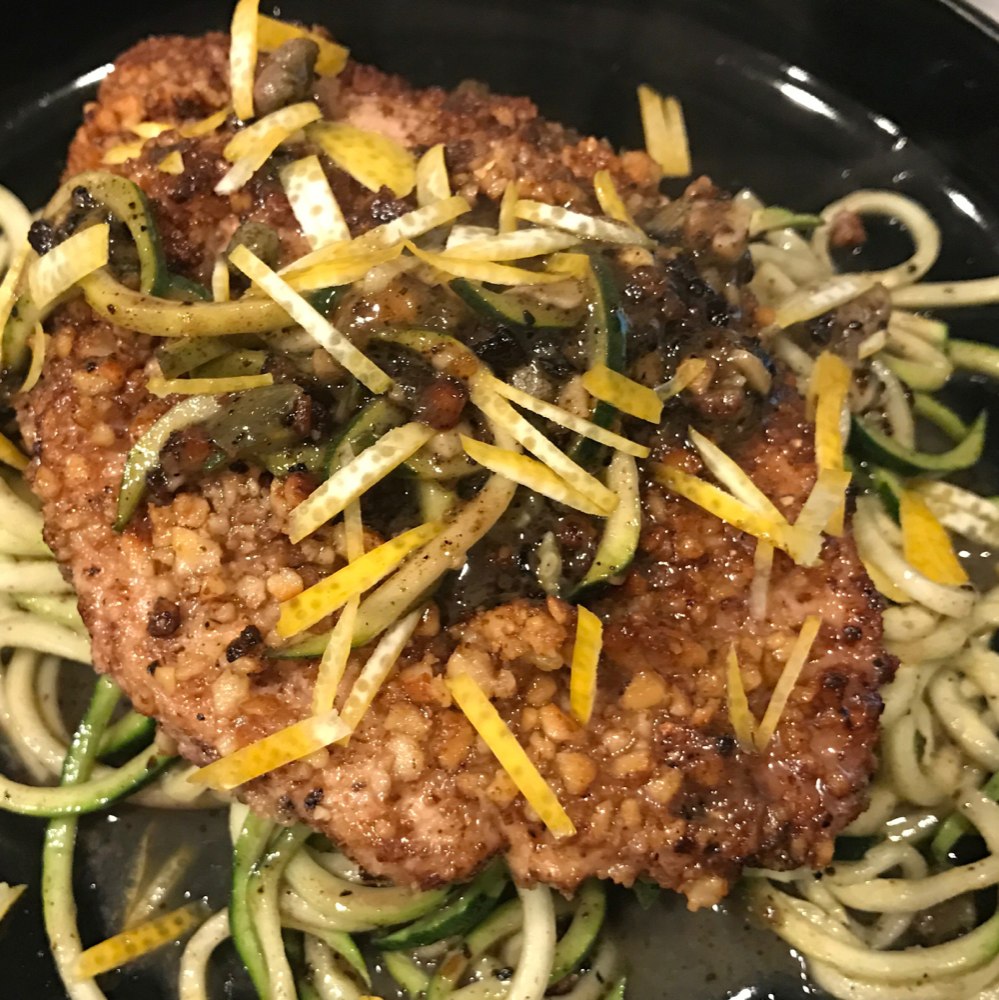 This was our first day of Whole30 and decided to go with a chicken recipe. We used the recipe from Wholesomelicious (Local 1). We followed it pretty closely except we used two larger breasts. And, since we didn't scale the chicken, we had leftover walnuts so I mixed them with salt, pepper, and egg and made a small snack.

I think I had the pan on too hot and started to burn the walnuts. I had to take if off the heat and finish it in the oven. I then made the sauce (with tapioca starch instead of arrowroot).

We also quickly tossed the spiralized zucchini in the sauce for a little bit to soften it. Finally, Meredith topped it with some meyer lemon zest instead of parsley.

We liked it a lot. There was a lot of flavor; especially the walnuts got nice and crispy. The sauce was a bit lemony but not too bad. We would likely not make this off of Whole30 since it is a lot of walnuts but was great for dinner while doing it.