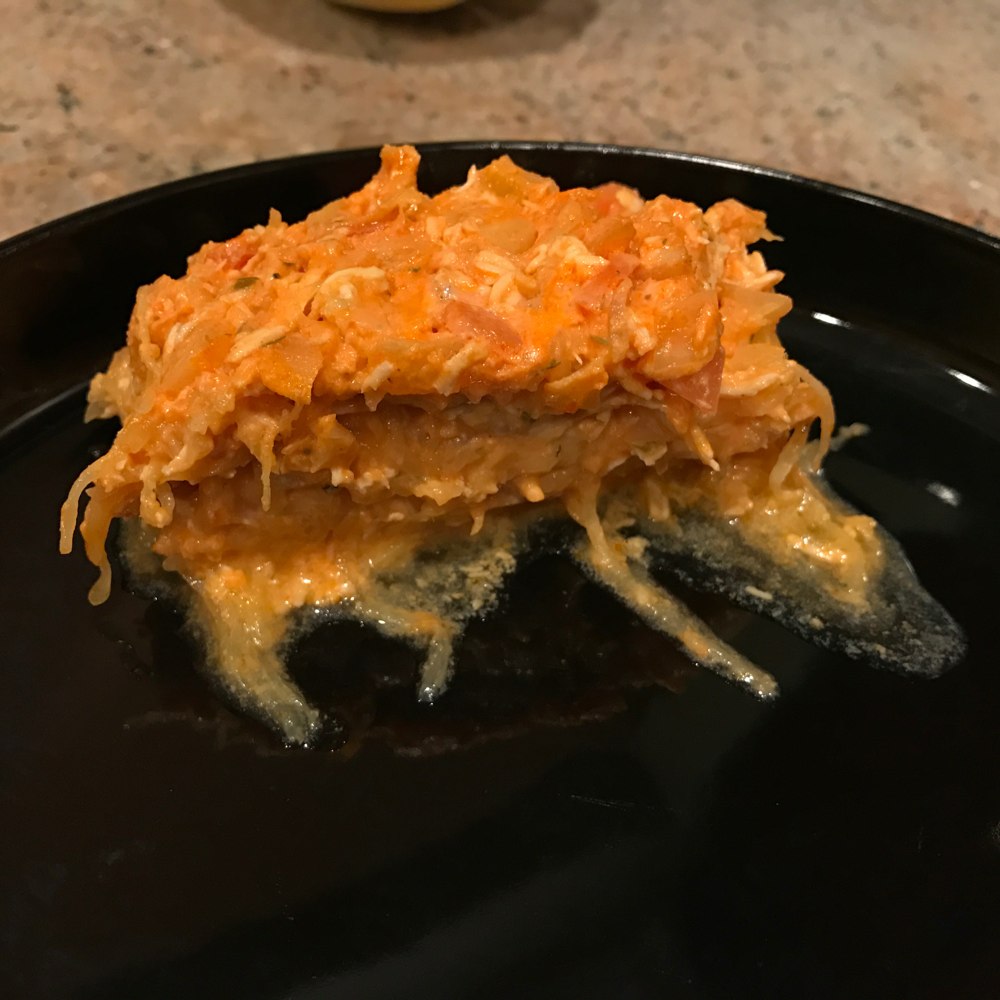 Meredith and I made Buffalo Chicken Casserole from Jay's Baking Me Crazy (LOCAL). It is a Whole30 recipe but it is also pretty good being full of vegetables from the squash and carrots. I used this Kitchn recipe (LOCAL) with some Frank's as sauce.

We followed the recipe, but used the ranch from this recipe (LOCAL) which we'll use later. We had to buy chipotle-lime Whole30 compliant mayo since that is all we could find at the moment.

It was pretty good and made 5-6 meals worth. It was also pretty tasty, though overpowered by the Franks Red Hot.

All local recipes are U: guest, P: name of my small dog, lower case