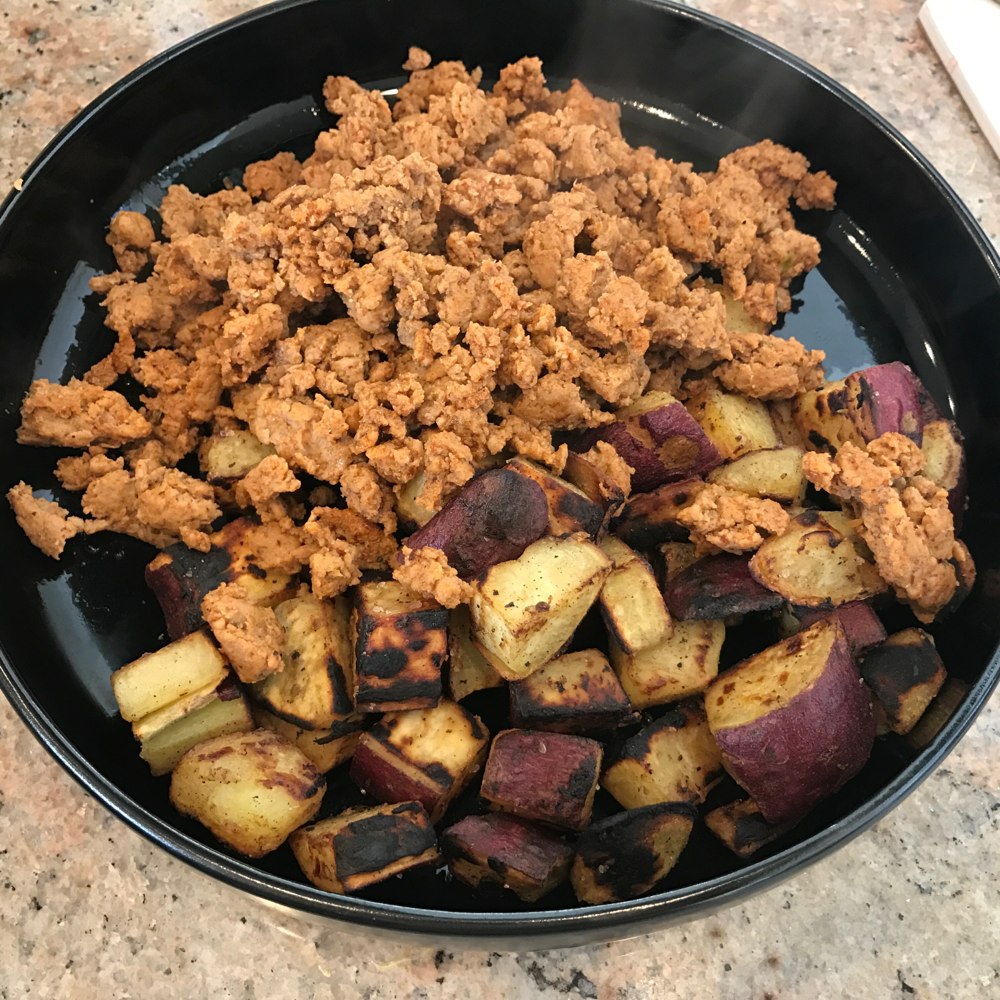 I made turkey chorizo for breakfast using the Feasting at Home recipe (LOCAL). I do not think it is even intended to be a Whole30 recipe, but it worked fine for it. I thought it was a bit heavy on the seasoning, especially the oregano. Less in the future. And maybe more smoked paprika.

We also made (purple) sweet potato hash. I chopped them and microwaved them with a little bit of water for 5 minutes. I then crisped them on the cast iron with some ghee and added salt as I went.

It all came out pretty good. A nice breakfast. And we have some leftover chorizo for later.