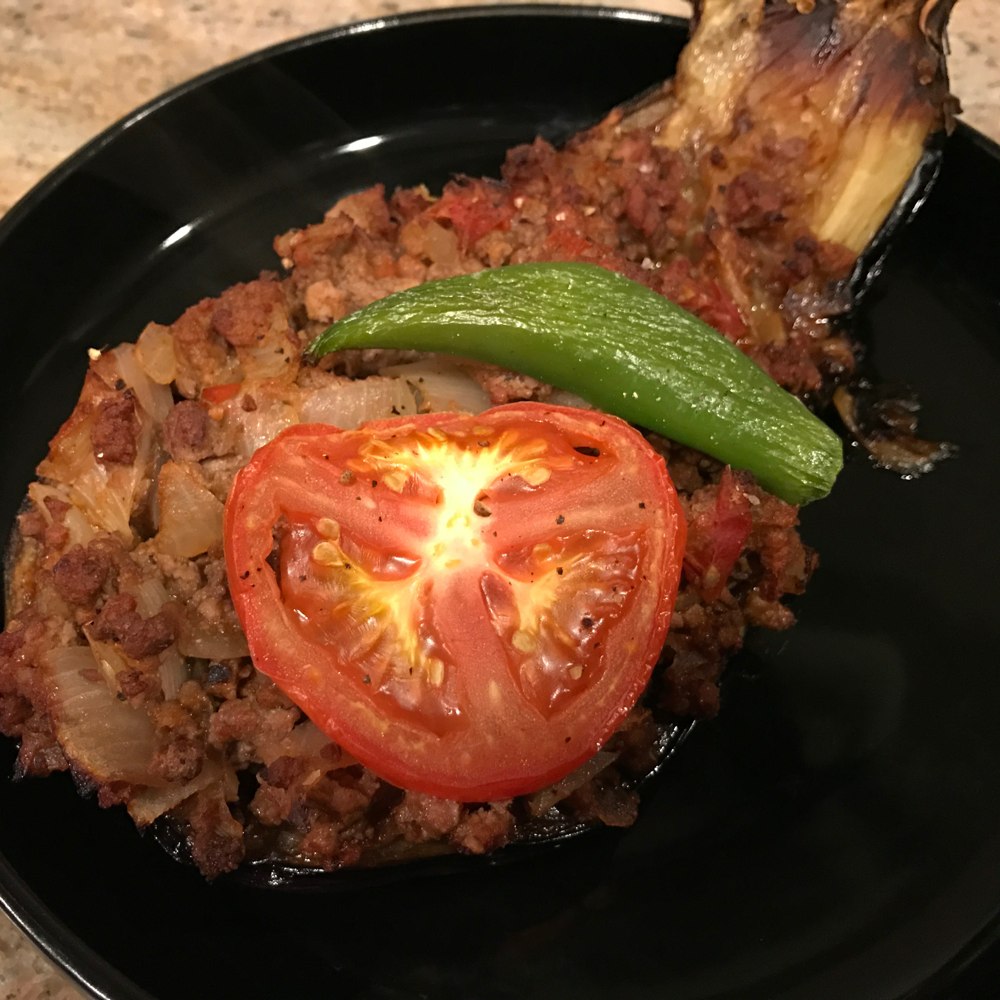 We made Karniyarik, a Turkish stuffed eggplant dish with beef. We used the recipe from The Domestic Man (Local 1). This dish is very well suited for prep ahead. We made the beef mixture on Sunday and did the eggplant and baking it on Monday.

We followed the recipe pretty closely. The only changes for the beef were that we used garlic powder. Otherwise, we just skipped the parsley, and did the eggplant differently. We halved the eggplant and salted it. After some time, we patted it dry before doing it on the stove (with [too much] coconut oil). I Think I would use ghee next time though...and maybe less.

We liked it a lot. It needed more salt but was otherwise really good. The serrano on top was also very good, I think we would add some hot peppers to the beef mixture too.