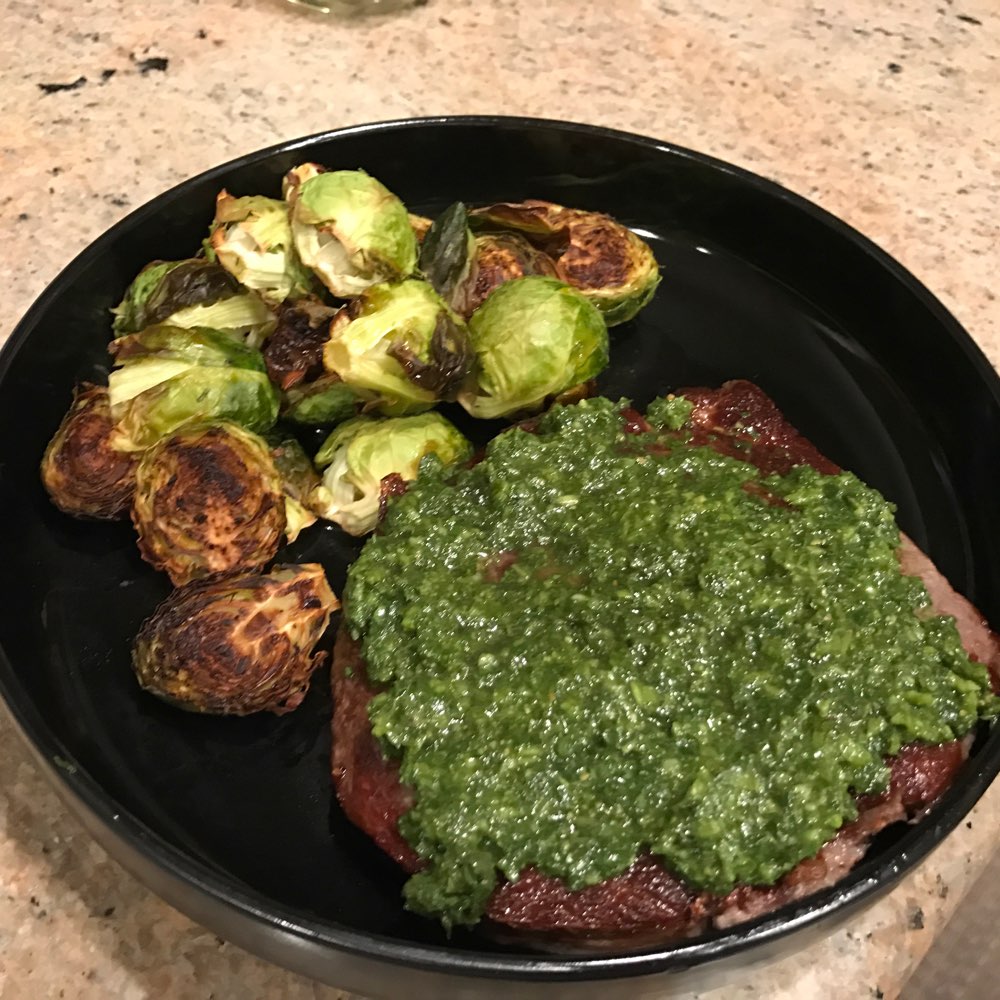 We made steak with chimichurri. The chimichurri was from The Kitchn (LOCAL 1). Meredith prepped it ahead following the same closely except using lemon instead of lime since we didn't have it.

I made the steak with the sous-vide using the same temp as 2016-07-01, that is 136°F for about an hour to an hour and half. This time, I salted it before since we missed it last time. I then seared it on the cast iron with ghee and a bit more salt.

Finally, we roasted some brussel sprouts at 400°F for 30 min or so with some fox point.

I liked the chimichurri a lot and I think it worked really well on steak. But I also think the steak was a bit tough. It could have been cooked at a bit lower and/or less time on the sear. It was still good, but could be better. It was also not the highest quality level of steak, so that may help in the future.