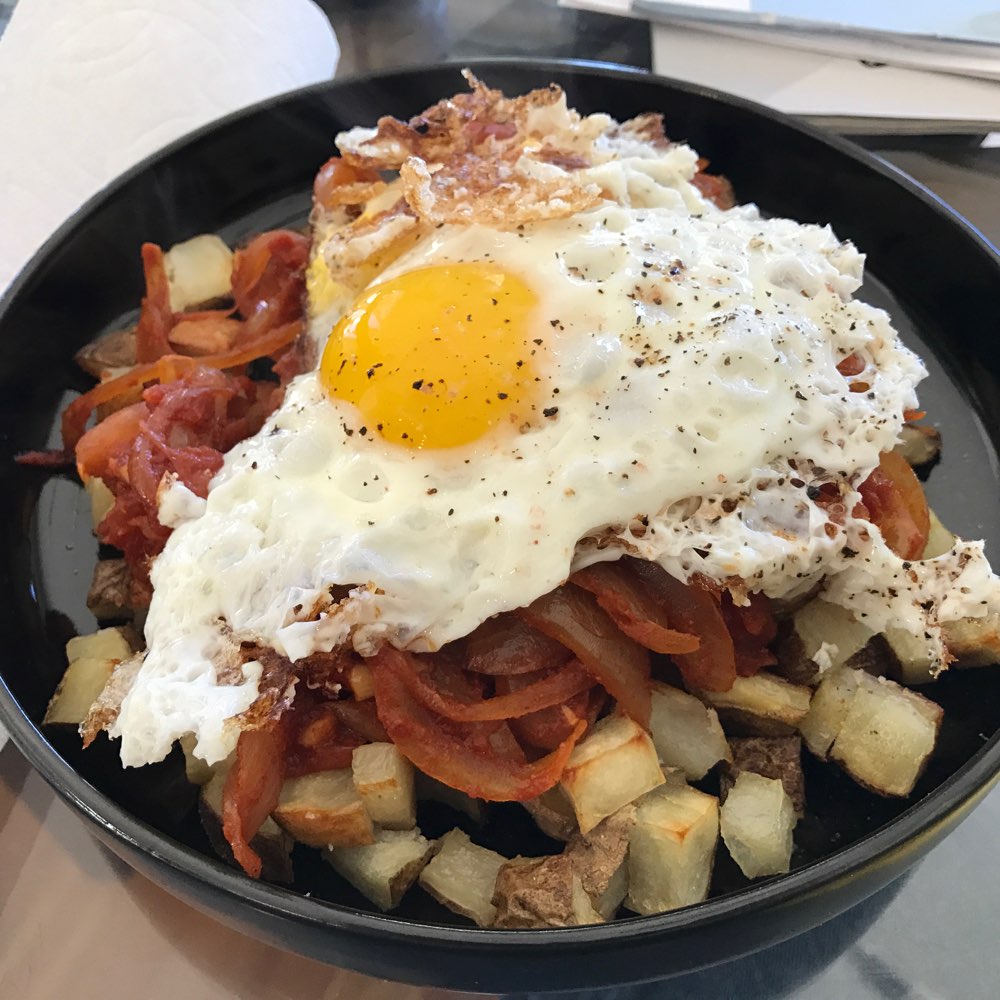 We spent about 4 hours preparing food for the week, but we also had to make ourselves a lunch. We went with our standard Patatas Bravas. I diced up a potato and a half of russets (it's rare I use russet but I went with it this time). I microwaved them for 7 minutes (which was a bit too long) and then roasted them for another 35 or so. They roasted nicely except they really tried to stick to the aluminum foil.

I made the sauce as usual, though I forgot about blending any of it (which was missed). The onion was really big and I did french cut instead of the usual dice so there were large onion pieces. I will dice it next time (and remember to blend some of it). I also forgot the wine vinegar. Wine vinegars are allowed on Whole30, but I just forgot them.

We served it with a fried egg