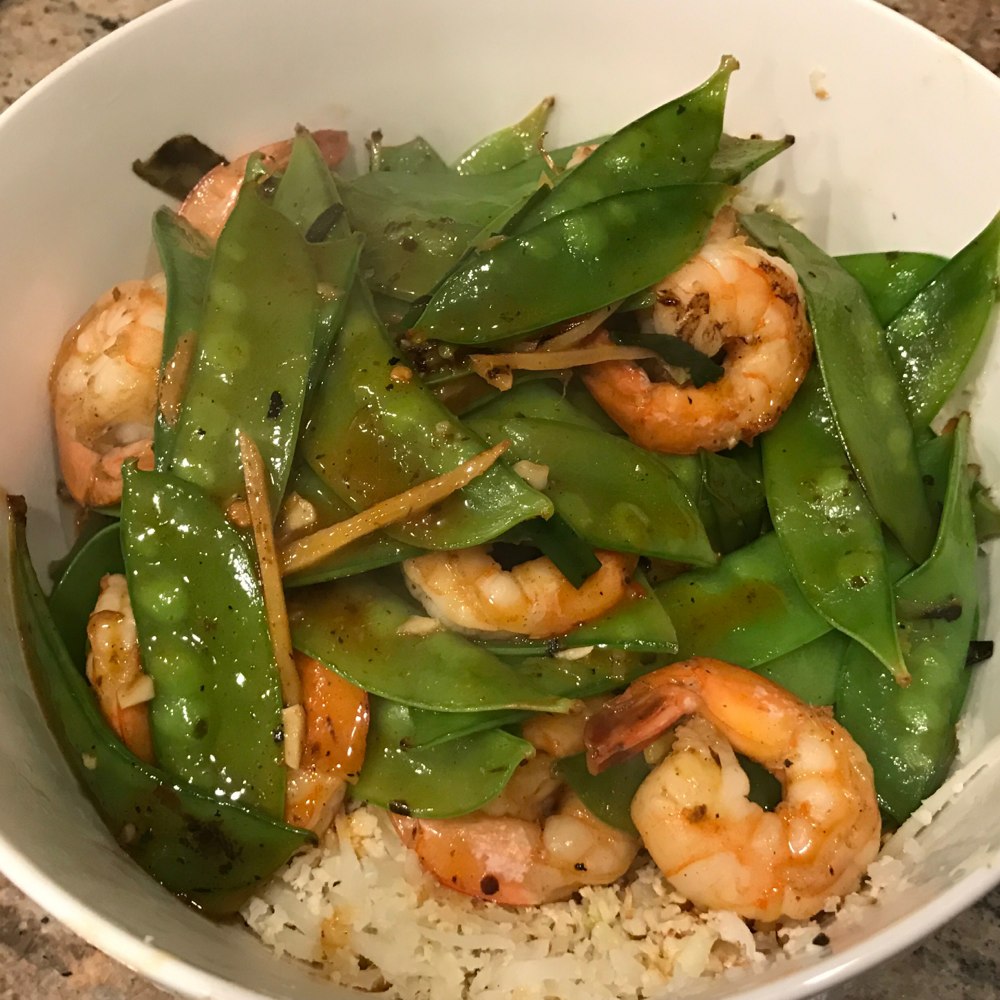 We made a really large portion of Whole30fied version of the snow pea stir-fry with cauliflower rice.

We used coconut aminos for the soy sauce and a mix of Trader Joes Harissa and Tabasco Sauce for the sriracha.

I used a bit too much salt on cauliflower but I think that worked really well. Also, the sauce with cauliflower mixed well.

And it worked well for Whole30